May 2021 | Black Legal History in Oklahoma

Blazing the Trail: Oklahoma Pioneer African American Attorneys
By John G. Browning
The story of Oklahoma’s earliest African American attorneys is inextricably intertwined with the state’s roots as a multiethnic land of opportunity.

'As Soon As' Three Simple Words That Crumbled Graduate School Segregation: Ada Lois Sipuel v. Board of Regents
By Cheryl Brown Wattley
It was only a single page per curiam opinion issued by the United States Supreme Court in Ada Lois Sipuel v. Board of Regents.1 The pronouncement of Sipuel’s rights were contained in a single paragraph:
The petitioner is entitled to secure legal education afforded by a state institution. To this time, it has been denied her although during the same period many white applicants have been afforded legal education by the State. The State must provide it for her in conformity with the equal protection clause of the Fourteenth Amendment and provide it as soon as it does for applicants of any other group.

Guinn v. U.S.: States' Rights and the 15th Amendment
By Anthony Hendricks
On Wednesday, Jan. 20, 2021, Joseph Biden was sworn in as the 46th president of the United States of America.1 While several factors have been attributed to his victory, commentators have pointed to the high turnout of Black voters in states that were won in 2016 by former President Trump.2

The Tulsa Race Massacre: Echoes of 1921 Felt a Century Later
By John G. Browning
A century ago this month, the thriving African American business district in Tulsa – Greenwood, often referred to as “Black Wall Street” – was home to five hotels, 31 restaurants, four drugstores, eight doctors’ offices, a hospital, 12 churches, law offices, a school, multiple grocery stores and other businesses. But when a young, Black man was arrested and jailed over the questionable accusation of assaulting a young, white woman, it proved to be the spark that ignited one of the ugliest, most devastating episodes of racial violence in American history.

Oklahoma's Embrace of the White Racial Identity
By Danne Johnson & Pamela Juarez
The land that is now Oklahoma was added to the United States as part of the Louisiana Purchase of 1803. In 1830, Congress passed the Indian Removal Act, which forced the Eastern Woodlands Indian tribes from their homelands and into “Indian Territory,” an area that eventually became Oklahoma, the journey, is known as the “Trail of Tears.”

OBA Awards: Leading is a Choice, Let Us Honor It
By Kara I. Smith

Celebrate Diversity With An Award Nomination 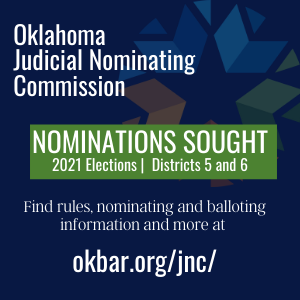 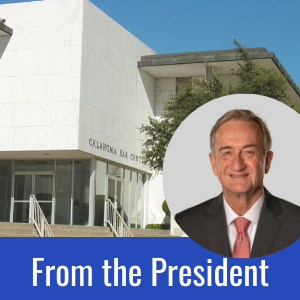 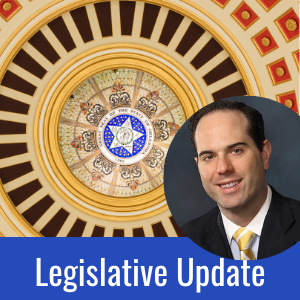