The Legislative Monitoring Committee focuses on the following measures:

Legislative Proposals and Endorsements in Principle:

Action by the Association upon proposals for improvement of the law by legislation or by judicial rule shall consist of:

By Miles Pringle
published in the May 2021 Oklahoma Bar Journal

We are in the homestretch of the 2021 regular legislative session, which is scheduled to end on May 28. In addition to working on last-minute bills, the legislative leaders are likely working closely with the governor’s office to finalize the budget. The budgetary process has been made easier this year with an increase in revenue projected by the Oklahoma State Board of Equalization.

Additionally, Medicaid expansion mandated by State Question 802, an anticipated pain point, received positive news during the session. Under the Affordable Care Act, states that expanded Medicaid received a 90% matching rate for adults covered by the expansion (phased down from 100% after 2014). In order to entice the 12 states that have not expanded Medicaid, the federal stimulus bill recently passed under the Biden administration will provide a 5% bump for those states (i.e., 95% match) over the next two years. Since Medicaid expansion had yet to take effect in Oklahoma (July 2021), apparently, the state qualifies for the additional funds. A report from the Kaiser Family Foundation projects Oklahoma will receive approximately $520 million as a result. 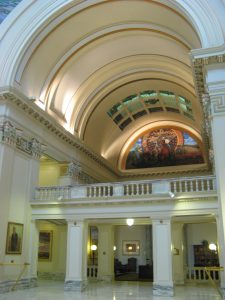 Another development at the Capitol is a dispute between the Oklahoma Corporation Commission and legislators. Senate Bill 617, related to trucking, would move administration of size and weight violations, as well as money from fines that fund the program, away from the OCC’s administrative court and to the district courts. Director of the OCC’s Public Utility Division, Brandy Wreath, was quoted in the Journal Record as being concerned that SB 617 “makes this whole program an unfunded program, because currently, it is self-funded and paid for by those people who have violated the law and have a fine levied against them. Going forward, all those fines would go to the district court … It would not be a dollar-for-dollar benefit to those court systems to process all of these, and it would leave whichever agency took this program over unfunded, with the entirety of the funding needing to come from taxpayers through appropriations.” Despite the OCC’s concerns, the bill appears to be trucking through the Legislature.

For lawyers involved in administrative law, SB 913 continues to move through the legislative process. SB 913 seeks to enhance the oversight the Legislature has in agency rulemaking and would establish a Joint Committee on Administrative Rules to consider proposed rules, amended rules and repeal requests submitted by agencies. Additionally, the executive branch would be granted more authority whereby the governor or a cabinet secretary can veto any agency rule modification or adoption.

The Legislative Monitoring Committee is continuing to meet via videoconferences during this time; however, we are hopeful that will change if COVID numbers improve. We plan on holding our Legislative Debrief in August and are in the process of evaluating whether that can be in person or not. If you haven’t already, we’d love to have you join the committee! Look for the 2021 Sign Up link on www.okbar.org.

Mr. Pringle is general counsel for The Bankers Bank in Oklahoma City and serves as the Legislative Monitoring Committee chairperson. Contact him through the committee’s Communities page online in MyOKBar. 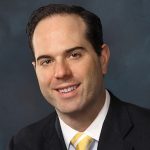 Mr. Pringle is general counsel for The Bankers Bank in Oklahoma City and serves as the Legislative Monitoring Committee chairperson. Contact him through the committee’s Communities page online in MyOKBar.