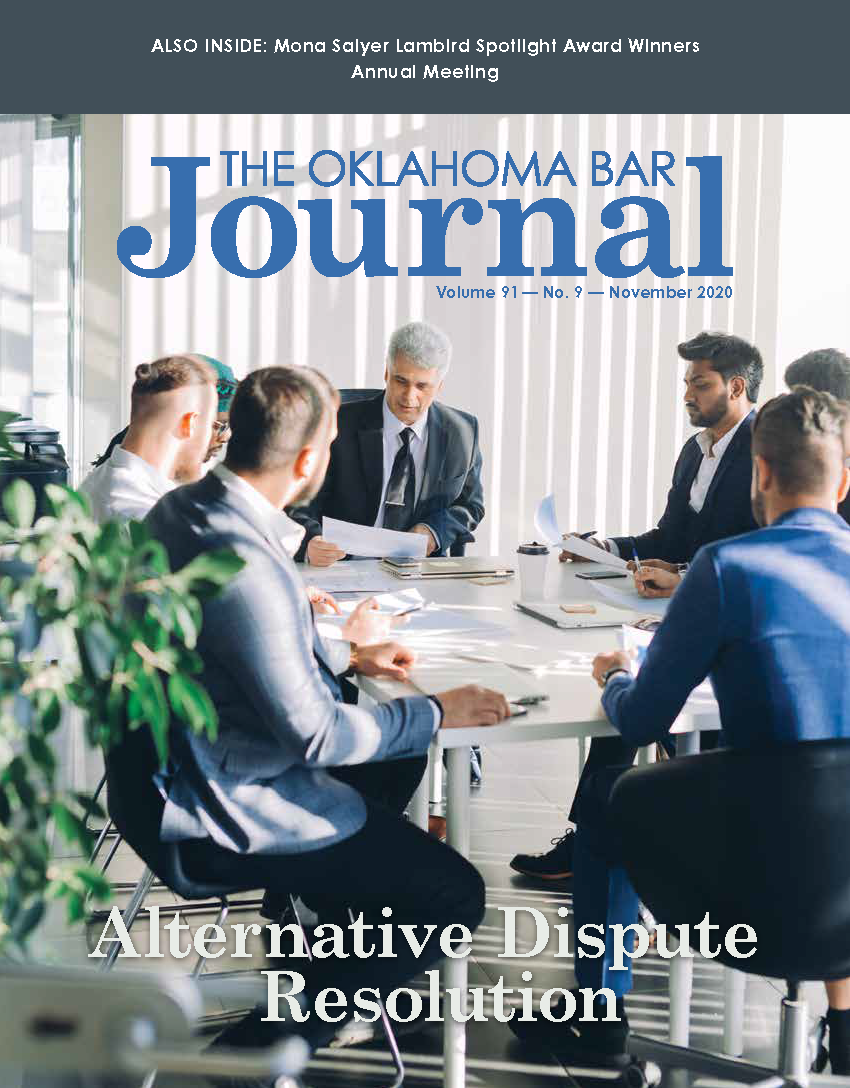 Maximizing the Benefits of Arbitration
Arbitration offers many advantages over traditional litigation. Efficiency and cost-savings are often cited as the primary benefits, with a fair arbitration hearing being viewed as a shortcut to substantial justice.

The Development of Mediation Practices in Oklahoma
In 1986, commercial mediation practices were in their infancy in Oklahoma. Before then, mediations were primarily conducted by administrative agencies and commercial businesses.

Ethics and Psychology in Mediation: More Important Than You Think
Remember the TV show, The Office? In one episode, Michael Scott, the bumbling head of the Dunder Mifflin Scranton, Pennsylvania branch, tries to resolve an interoffice dispute through a handbook on mediation.

Why Are We Still Fighting?
When he was still a practicing country lawyer, Abe Lincoln wrote: “Discourage litigation. Persuade neighbors to compromise whenever you can … As a peacemaker, the lawyer has a superior opportunity of becoming a good [person].”

Mediation in the Time of a Pandemic: Preparing for the ‘New Normal’ of Online Mediations
When I circulated a final term sheet on March 4, 2020, to 15 mediation participants and shook their hands as they left my conference rooms, I had no way of knowing that the practice of law, and in particular the practice of mediation, would be so drastically changed within just a few short days.

Informal Resolution of Title IX Cases in Higher Education: An Analysis of ADR Opportunities Under the New Regulations
On May 26, 2020, the U.S. Department of Education released its most recent regulations on sexual harassment, including sexual assault as a particularly egregious form of harassment, under Title IX of the Education Amendments Act of 1972.

Foundations for Family Law Mediation
Family law courts overwhelmingly order couples to mediation before setting a case for trial. As an alternative resolution measure, it’s a viable way for couples to resolve the issues in their case with less acrimony and for less money.

5 Women Honored for Leadership
Mona Salyer Lambird Spotlight Award
The Spotlight Awards were created in 1996 to annually honor five women who have distinguished themselves in the legal profession and who have lighted the way for other women. The award was later renamed to honor 1996 OBA President Mona Salyer Lambird, the first woman to serve as OBA president and one of the award’s first recipients, who died in 1999.