Informal Resolution of Title IX Cases in Higher Education: An Analysis of ADR Opportunities Under the New Regulations 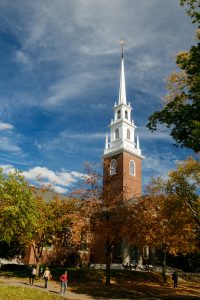 On May 26, 2020, the U.S. Department of Education released its most recent regulations on sexual harassment, including sexual assault as a particularly egregious form of harassment, under Title IX of the Education Amendments Act of 1972.12 These regulations presume about 25% of all Title IX grievances will be resolved by a method of “informal resolution” through alternative dispute resolution (ADR) following the effective date of the regulations.3 The regulations have been challenged by multiple federal lawsuits and are potentially subject to injunction, but otherwise became effective August 14, 2020.4

Section 106.45(b)(9) of the final regulations explicitly permits the pursuance of “informal resolution” of all Title IX investigations initiated by a college or university system with the voluntary, informed and written consent of the parties.5 The ADR methods permitted include mediation and restorative justice techniques, so long as the claim does not involve allegations that an employee harassed or assaulted a student. Since many Title IX claims are instead student against student or take some other form, this means ADR is a permissible method of handling Title IX cases at institutions of higher education across the country for the vast majority of Title IX allegations.

The regulatory preamble states that such pathways to resolution are “alternatives to a full investigation and adjudication of the formal complaint, with the voluntary consent of both the complainant and respondent, which may encourage some complainants to file a formal complaint where they may have been reluctant to do so if a full investigation and adjudication was the only option.”6 The Department of Education defends the informal resolution process as a measure to protect the “complainant’s autonomy” when they wish to pursue remedies but avoid the perhaps intimidating due-process trappings of a full formal investigation, hearing process and right of appeal on the part of the accused.7 To state the matter more succinctly, footnote 463 of the final regulations states, “Informal resolution may present a way to resolve sexual harassment allegations in a less adversarial manner than the investigation and adjudication procedures.”8

Title IX resolution by ADR methods is required by regulatory language to be “reasonably prompt” in the same manner as a full investigation. The autonomy of colleges and universities is rather broad in terms of choosing the method of resolution within these ADR processes, as the Department of Education states institutions “retain the right and ability to use the disciplinary process as an educational tool rather than a punitive tool because the grievance process leaves recipients with wide discretion to utilize informal resolution processes and does not mandate or second guess disciplinary sanctions.”9 However, no institution is permitted to mandate ADR as a condition of enrollment, employment or participation in the institution's Title IX regulated activities.10 Additionally, requiring mediation as a remedy to exhaust prior to formal resolution is also prohibited.11

The rationale behind permitting ADR in Title IX processes is based partly on attestations that victims prefer having the choice of more informal options.12 The Department of Education also points out that ADR resolution options have the potential benefits of shortening the time of resolution, increasing the input of the parties in achieving a customized outcome and even potentially increasing the chances of a sense of justice and intent to comply with agreed-upon decisions.13 Institutions are still free to avoid offering informal resolution processes, but it is clear that such avenues to resolution may have potential benefits, especially since the scope of ADR under Title IX is permitted to produce outcomes that still punish a respondent who committed misconduct. In terms of offering finality, the Department of Education says they expect agreed-upon ADR resolutions to be binding once signed in the same manner as a contract.14

Prerequisites to ADR under Title IX include written notice to the accused, disclosure of the allegations in detail, disclosure of any requirements of the informal resolution process, information about any prohibitions on resuming formal process, the right to withdraw from ADR prior to a final agreement and notification of potential disclosability of records kept regarding the informal resolution process.15

The regulations specifically mention mediation as a potential ADR method, but other methods of informal or agreement-based resolution are permitted by implication under the phrase “or other informal resolution.”16 These include the negotiation of a binding agreement by the parties with or without a mediator, an admission by the accused party of responsibility for their actions and willingness to accept specified sanctions and agreement to a written, binding document written by the institution as an author. However, since affirmative written agreement with a final outcome is required by the parties for ADR under Title IX, arbitration is not a permissible route of informal resolution, since traditional arbitration means that a decision is made by a third party without the explicit consent of the parties as to the final determination.

Mediation can be a beneficial and productive exercise in resolving conflict in Title IX disputes primarily because the resolution is designed, in detail, by the disputing parties themselves.17 Research has shown that when parties design their own resolutions to disputes, compliance with the terms of those agreements is more likely.18 However, because cases of sexual harassment and assault are extremely sensitive, sometimes with simultaneous ongoing criminal investigations, not every investigation will be appropriate for mediation – in fact, very few will.

In 2011, the Dear Colleague Letter distributed as sub-regulatory guidance to colleges and universities by the U.S Department of Education, which has since been withdrawn, actively discouraged mediation as a resolution method, especially for sexual assault cases.19 While mediation is not explicitly discouraged under the new regulations, there are practical considerations for hesitancy on the part of the institution prior to any mediation, even if it is sought by the parties. Parties who are actively hostile, have vastly diverging interests in the outcome or who have exhibited behaviors not conducive to achieving an agreement through dialogue are likely not going to be able to reach agreement in good faith. If litigation or a criminal investigation is likely, there is a risk information shared in the mediation may become disclosable to law enforcement authorities or civil depositions in a manner the parties may not expect. Finally, if the parties are imbalanced by one having an attorney and the other without, concerns of coercion within the mediation are warranted.

Before agreeing to mediation, an institution of higher education should make an independent and objective determination that the disposition of the investigation would benefit from an attempt to achieve a mutual agreement with the help of a mediator. This analysis can consider whether there is or was any hesitancy on the part of the complainant or respondent in agreeing to mediation, the nature of their questions or concerns about mediation and whether any pressure has been exerted upon them by third parties to be more agreeable to mediation than they seem otherwise inclined. Once these gatekeeping factors are cleared, the parties should be reminded they can end the informal mediation process at any time.20 A trained mediator, someone who has no connection at all to either party, should facilitate as the mediator in an objectively neutral and nurturing manner, without bias, prejudgment or proposals of their own ideas for resolution.

Agreement-based resolutions have been used for many years in Title IX processes at colleges and universities and are one of the most common informal resolutions currently used.21 An agreement-based resolution is a proposed agreement that comes fully-formed either from a party or from the institution itself and not as a result of dickering terms in a mediation. In a typical situation ripe for agreement-based resolution, a complainant contends they have a preferred outcome they wish to see implemented to end the Title IX investigation, and the specified outcome is one the respondent might be agreeable towards. An example is a case where a complainant who feels harassed by sexual text messages from the respondent wishes for them to cease and desist and for the university to enforce such desistance by implementing a no-contact agreement between the parties. Because this preferred outcome is not so bold as suspension or expulsion and seems to be reasonable even if the respondent believes the conduct was not harassment, an agreement-based resolution may be both possible and fair. Indeed, the implementation of the agreement by both parties’ signatures takes the harsher sanctions effectively off the table and offers peace of mind to the parties that the investigation is over without appeal and has finality. In cases where more creativity is needed to draft an agreement, the likelihood of disagreement is heightened. Nearly all agreement-based resolutions are predicated on the respondent being permitted not to admit a policy violation.

ADMISSION AND AGREEMENT TO SANCTIONS

There are times in Title IX investigations when a respondent admits their misconduct, expresses remorse and expresses a willingness to submit to fair sanctions. Once an admission is documented as part of an investigation, a respondent often has a much greater willingness to agree to be sanctioned without continuing through all the intimidating trappings of the formal Title IX process, such as forensic interviews, production of an investigative report, a hearing and administrative appeal. However, the exact nature of the sanction itself may be a major factor in their willingness to agree. If the conduct was severe, such as a physical assault, an institution may rightly be unable to accept ending the Title IX investigation for any agreed-upon sanction short of suspension, and the complainant may have similar concerns as well. But for a vast array of cases, suspension is not the preferred outcome of any party, including the institution itself, and an agreement to lesser sanctions has a much greater chance of likelihood.

WHEN NOT TO IMPLEMENT ADR UNDER TITLE IX

While the new regulations do not have many prohibitions on informal resolutions in Title IX cases, and in fact seem to encourage their use, even the Department of Education states they only expect 25% of cases to end through informal resolution.22 Every institution of higher education should appreciate the distinct interests at stake by all parties involved in a Title IX investigation, which are not just limited to justice. Both complainants and respondents care deeply about their dignity, the feelings of friends and family and their public image and reputation. Due to all these overlapping and sometimes conflicting considerations, a majority of cases may not result in informal resolution even if such a resolution is attempted and fails. Sometimes the attempt and failure only harden positions and make the investigation and hearing even more acrimonious. For these reasons, Title IX coordinators and other higher education administrators should be careful to utilize these ADR options only when the circumstances have favorable hallmarks of a likely success. These hallmarks include generally agreeable parties, clearly articulated and fair preferred outcomes, open-mindedness, an absence of vendettas or malice and a strong interest in finality or avoiding more formal and intimidating settings for resolution.

ABOUT THE AUTHOR
Michael J. Davis, J.D. is the Title IX coordinator at Southeastern Oklahoma State University and an assistant professor of criminal justice. He currently serves on the OBA Board of Governors, representing Judicial District 2.