Any lawyer handling DUI cases, either as a prosecutor or defense attorney, has encountered field sobriety tests. We have heard terms like “standardized” and “validated.” We have been told there are studies that give us percentages of reliability. This article will look at the studies and how the data were collected.

It is important to realize the National Highway Traffic Safety Administration (NHTSA) does not actually conduct studies on its own but contracts out to individuals and groups who submit grant proposals. NHSTA settled on a three-test battery after spending millions of dollars on grants and research. The three-test battery consists of the Horizontal Gaze Nystagmus (HGN) test, the Walk and Turn (WAT) test and the One Leg Stand (OLS) test. Collectively, these tests are referred to as the Standardized Field Sobriety Tests (SFSTs).

NHTSA claims the SFSTs are standardized and validated. What do these terms mean? “The term ‘standardized’ refers to a method of administering and interpreting the SFST’s. Standardized tests are supposed to be administered and interpreted in the same manner and under the same conditions no matter where they take place.”1 Basically, this means the tests are designed to be given the same every time regardless of location or time … much like fast-food restaurants. A Big Mac in New York City should be the same Big Mac in Oklahoma.

Validation is the correlation of the test performance and the blood alcohol content (BAC) level.  Although some will argue the test results correlate to impairment, that simply is false. The SFSTs crudely attempt to predict BAC.

Starting in 1977, there have been six major studies looking at field sobriety tests (FST). The first three focused more on standardization,2 and the other three focused on “validating” the SFSTs.3For purposes of this article, we are going to focus on the three validation studies conducted in Colorado, Florida and San Diego, as well as look at a 1991 study by Dr. Spurgeon Cole at Clemson University.4 I include the Dr. Cole study to highlight how often false positives can occur.

The first validation study was performed in Colorado utilizing law enforcement officers experienced with SFSTs.5 Using the three-test battery, the study purports correct arrest decisions 93% of the time. There were 305 subjects involved in the study, with 234 of them cooperating. Eighty-two percent of those stopped were stopped for impaired driving behavior. This arguably can skew the officer’s decision on actual SFST interpretation. If the effectiveness of the actual psychophysical field testing is paramount, steps should be taken to minimize any outside influencers. Ideally, for scientific purposes, having another officer perform the test who was unaware of the reason for the stop would provide a more accurate picture of the actual test’s effectiveness in determining correlation to a person’s BAC level. This would limit the officer’s opinion to what they saw strictly on the driver’s performance on the test battery without outside influences of driving patterns. Although the arrest decision is based on a totality of the circumstance, this article is discussing the accuracy of the actual test battery validation study.

It is important to note that Colorado has a lesser included offense like Oklahoma’s Driving While Impaired and, thus, the level used for a correct arrest decision was 0.05%. One in eight people testing below 0.05% had four or more HGN clues. This potentially calls into question arrests for DUI refusal cases where the evidence is based on the SFST results. If those results are showing at below 0.05%, then how do you distinguish that they are 0.08% or higher? The study even acknowledged this, noting, “It is possible that the lack of smooth pursuit and distinct nystagmus at maximum deviation occur at low BACs with some subjects, but not with others, or on some occasions, but not others.”

The mean BAC level was 0.156%, indicating a majority were well over the legal limit. “In other words, it should not generally be difficult to determine if someone is driving under the influence of alcohol when the BAC is this high, and the field sobriety tests have little influence on the decision to arrest as a practical matter.”6

Monitoring and control were issues. The study used trained observers to ensure and monitor that the field tests were performed in the standardized manner. However, the monitors were only present 41% of the time. We know there was no strict adherence to the standardized method and guidelines as impaired balance was the most frequently observed clue during the WAT test even though it is not a clue. 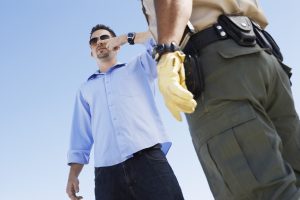 The second validation study was the 1997 Florida study conducted by the Institute of Police Technology & Management, University of North Florida, Pinellas County Sheriff’s Office and Southern California Research Institute.7 The Florida study used eight trained officers, all of who were DUI instructors, and four were also DRE trained. The officers completed a refresher course right before the study. The final report was only 29 pages long and claimed 88% accuracy in arrest/no arrest decisions and 95% accuracy in arrest decisions.

There were 379 drivers stopped, but only 256 were evaluated for the final report. This is partially the result of the officers using additional psychophysical field tests in addition to the three SFSTs they were tasked with validating. Those 53 subjects were removed from the final report, as well as those who refused to submit to a breath test. This is important to note as, like the Colorado study, the trained observers were only present 64% of the time. Also, similar to the Colorado study, there was a very high mean BAC of 0.156% with 80% of the subjects being over the legal limit. Only 20% of the participants were female.

The third validation test was the 1998 San Diego study conducted by ANACAPA Sciences Inc.8 This study used seven officers from one agency. The officers participating were formally trained and had significant experience in DUI enforcement. “The results of the HGN were adjusted to assume that four of six cues indicated a BAC of .08 or more as opposed to .10 or more and that two cues or more indicated a BAC of .04 or more.”9

The study looked at 297 motorists, with just 12% being women. The mean BAC was 0.122%. The accurate arrest decision purported was 91% for BACs over 0.08% and 80% for BACs between 0.04% and 0.08%. There were 24 false positives, meaning 24 people were wrongfully arrested. The officers were equipped with portable breath testing devices and were instructed not to use them until after they estimated the BAC at the conclusion of administering the SFSTs. However, monitors only “periodically” observed, and there was little supervision to ensure the study parameters were being followed correctly. A high number of the participants had a high BAC.

‘FIELD SOBRIETY TESTS: ARE THEY DESIGNED FOR FAILURE?’

One final study worth mentioning was conducted at Clemson University by Dr. Spurgeon Cole in 1994.10I alluded earlier to outside influencers like driving patterns when looking at the effectiveness of SFSTs. To really look to see if they work, those outside influencers should be taken away. Dr. Cole did exactly this in his study. Dr. Cole taped 21 individuals performing six common field sobriety tests. These tapes were shown to 14 police officers and asked if the subjects had “too much to drink.” Forty-six of the decisions resulted in the conclusion the individual was too inebriated to drive. This is an interesting result as all 21 individuals had a BAC of 0.00%. Although the officer in the field has the benefit of the totality of the circumstances, this study illustrates the fallacy of relying upon FSTs for the brunt of the evidence someone may be a certain BAC.

SFSTs have some usefulness in determining probable cause, but they have greatly been oversold by the police and NHTSA as a means to determine impairment or a BAC level. As stated in the San Diego study, “It is unlikely that complex human performance such as that required to safely drive an automobile can be measured at roadside … The link between BAC and driving impairment is a separate issue involving entirely different research methods.”11

It is important any attorney defending DUI and alcohol-related cases be versed on SFSTs. There is an old saying that knowledge is power. This is especially true in the case of SFST. I have reviewed thousands upon thousands of DUI cases, and it is rare that I see the tests are done correctly. It is a discredit to your client to not have the ability or knowledge to cross-examine an officer when he testifies, “I administered the SFST battery and the defendant exhibited all of the clues.” This statement alone should lead to a very lengthy cross-examination breaking down every clue and step of the tests that were given and how the clues and cues were interpreted.

In conclusion, the late, great Georgia DUI attorney Allen Trapp sums it up perfectly: “The numbers from NHTSA’s own field validation studies cast long shadows over the validity of the tests, and both the bench and the bar should take note. The bench should take a fresh look at the purposes for which the tests are admitted into evidence and reconsider how much weight they should be given in determining probable cause to arrest and proof warranting a conviction.”12

John Hunsucker is board certified in DUI defense by the National College for DUI Defense and is internationally recognized as a leader in the field. He handles hundreds of alcohol-related driving charges every year, ranging from municipal DWIs to DUI felony murder II cases. Mr. Hunsucker is a director and sustaining member of the Oklahoma Criminal Defense Lawyer’s Association and a Fellow of the Litigation Counsel of America.