Bad Breath is Not a Crime!

A breath test number is the last thing that should be considered when evaluating a DUI case. Many factors go into the disposition of a DUI case, such as video, other charges, current probation and the client's willingness to assume risks in their case – but bad breath should not generate a quick plea. Repeating: BAD BREATH IS NOT ENOUGH TO CONVICT OUR CLIENTS. Yes, the prosecutors think a breath test number is a golden ticket, but it is the place of a zealous advocate to educate the judges and the juries of what this simple number really means.

WEIGHT OF THE EVIDENCE

The starting point in evaluating a case should be determining what weight is given to a breath test, assuming it is accepted as evidence. State law1 says a Breath Alcohol Test (BrAC) of:

As you see, you can be convicted based on a number alone, but the number is not an automatic conviction. The number is only prima facie evidence. This is where the determined attorney demonstrates the fallacies and inaccuracies surrounding the number produced by the breath estimator, the Intoxilyzer 8000. 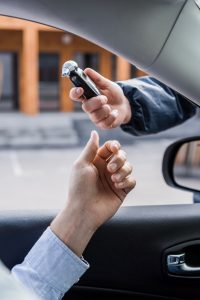 AN ESTIMATE, NOT AN ACCURATE MEASUREMENT

Keep in mind, the estimator is taking a sample of a person's breath and then converting it into an estimate of what a blood alcohol concentration would be. In two different rules, the state showed their lack of confidence in the accuracy of this estimate. The supposed accuracy of each machine is tested by injecting a known quantity solution into the estimator and comparing that estimator's results to the known quantity. The Oklahoma Administrative Code allows a variance of 0.01% from the known quantity.6 If the canister tested contains a known solution of 0.08%, a test by the estimator of 0.07%, 0.08% or 0.09% is considered a valid test. Also, it should be noted this is a test of the known canister only. It is injected in a different insertion port of the equipment from the one a citizen's breath will be tested. The air path used to test a citizen's breath is not being tested.

Next is the person's sample. By statute, two breath samples must be taken, and the lower of the two tests will be considered the test number. These two samples must be within 0.03% of each other.7 Using an example of a 0.1% for the first breath sample, the second sample could be as high as 0.13% or as low as 0.07% – a range of 0.06%. A 60% variance would make a measurement useless for anything other than sending a person to jail! This is the equipment, the level of confidence and the variance used in Oklahoma.

The evaluation is performed by having a person blow into a rubber tube approximately 3 feet long. A mouthpiece is placed on the tip to help prevent moisture from entering the machine and testing sequence. Also, the rubber tube is heated by a wire heating element that is enclosed in the rubber supposedly to help prevent moisture from entering the sample chamber. The temperature of this tube is never evaluated or documented. There is not a standard for the correct temperature of the tube. The author owns a number of Intoxilyzer devices and had five of them running side by side simultaneously. A casual touching of each tube produced a noticeable variance in temperatures. This means a person could be reported as intoxicated merely because they were tested on a machine that was artificially elevating the temperature and producing incorrect results.

Alcohol dilutes in water quickly but not as easily in fat. As a general rule, women have a higher fat content than men, while men have a higher water content than women. Thus, treating everyone as being average, as the estimator does, will result in a higher reading for women when all remaining items are equal.10

Remember BrAC is attempting to estimate blood alcohol. This is accomplished through Henry's Law (a scientific principle, not legal) that postulates liquid and air concentrations will reach equilibrium in a sealed space. This is then applied to breathe and the lungs, where the attempt is to measure alveolar, deep lung air. The fact the lungs are not a sealed container is conveniently ignored.  The assumption is alcohol concentration in the blood will pass into the deep lung air at a ratio of 2100-to-1, the partition ratio.

Again, the estimator assumes everyone is average and arbitrarily assigns a ratio of 2100-to-1 to every person evaluated on the device. Studies have shown an individual's partition ratio can range widely during any given day, and the general population can range from 900 to 3400.11 To illustrate using the 2100 average, a subject is evaluated with a reported result of 0.1%. If the test is adjusted to reflect the range of partition ratios, it would produce BrACs from 0.04% to 0.16%. A person could be sober or twice the legal limit all depending on the arbitrary number selected for the calculations.

In layman’s terms, hematocrit is a measurement of the ratio of solids and liquids in a person's blood. A common situation is dehydration, which causes a higher hematocrit. A higher hematocrit will result in an elevated alcohol concentration. Studies have shown errors of 10 to 14% in breath testing due to high hematocrit.12

The way a person breathes can have a major impact on the reported results. Studies have shown hyperventilation can lower a test result by as much as 20%, while holding your breath before blowing can increase the breath results by as much as 15%.13This means the measurement is compromised by external factors, and the estimate is open to manipulation by the equipment operator’s instructions.

The estimator is purported to replicate blood alcohol concentrations by extrapolating from a breath alcohol test. Many people are stopped shortly after leaving a bar, and often the last thing they may do is take one last sip of a drink. This will eventually be absorbed into the bloodstream, but initially, it sits in the stomach and can produce mouth alcohol. Mouth alcohol is producing the full percentage of alcohol before being diluted by absorption into the bloodstream. A video example of this is demonstrated using a Portable Breath Tester (PBT). A person with no alcohol in their system used a breath spray and produced a BrAC reading of 0.259%.14Currently, the PBT is not evidentiary for DUI in Oklahoma, but it is used in probable cause hearings. You can see how unreliable it is from the example. The issue of mouth alcohol, as tested in the video, is prevalent with the estimator also. The manufacturer claims this issue is eliminated by the use of a slope detector. A slope detector is not a physical item. It is programing in the machine to detect large spikes and drops of alcohol as would be expected with mouth alcohol. This does provide some protection for people, such as the lady in the video because she had no alcohol in her system. For people who have both a degree of alcohol in their system and mouth alcohol, the slope detector becomes much less useful or reliable.15This could account for the client who swears they had one drink, looks normal on video but has a high BrAC.

Oklahoma statute defines alcohol concentration as grams per 210 liters of breath.16 This is equivalent to a 55-gallon drum. Obviously, a human lung cannot hold that much air, so any breath sample collected is multiplied. The estimator sample chamber is only 29.4 milliliters in size, so the collected sample must be multiplied 7,142 times to approximate the 210-liter statutory measurement. The 0.08 gram that would constitute being intoxicated by law would be similar to a coffee shop’s Sweet and Low packet (1 gram) divided in half, half again, half again and half again. This minute amount is measured in a 55-gallon drum. When measuring in the sample chamber, the 0.08 gram becomes a microscopic 0.000011 gram! Any deviation will be magnified 7,142 times in computing what is supposedly an accurate breath alcohol measurement.

The problems mentioned above are a beginning point in the evaluation of any breath estimate. The estimator is subject to numerous other issues that have not been discussed in this article. The key point to remember is the number generated by the Intoxilyzer is an estimate, not an accurate measurement. Let's be sure bad breath is not a crime.

Bruce Edge practices in Tulsa and is 1 of only 42 attorneys in the United States who is board certified in DUI defense according to ABA guidelines. He is a national and international speaker on DUI topics and the coauthor of 20 books regarding DUI.