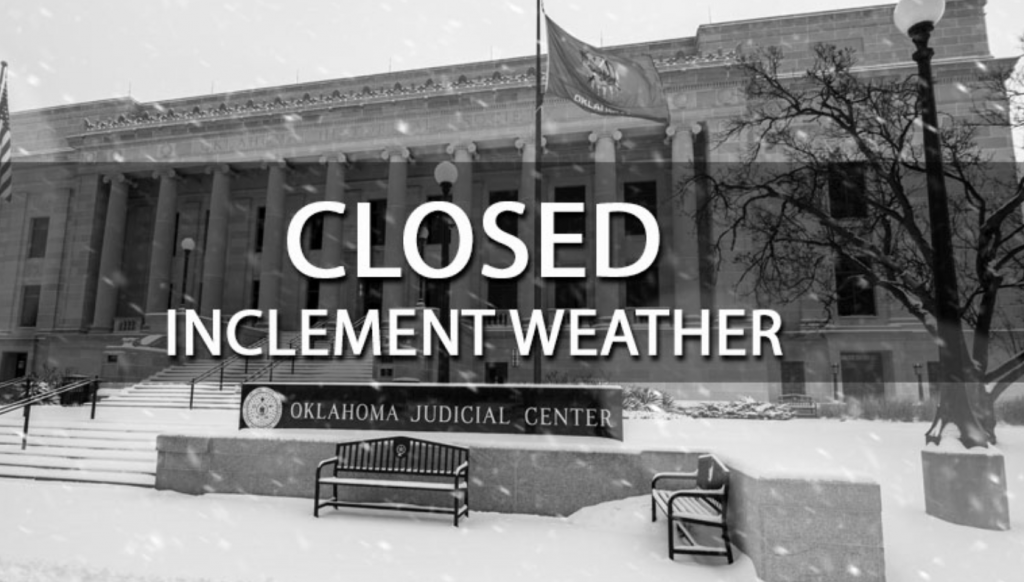 A rare closure at the Oklahoma Judicial Center. The February 2021 snow and arctic cold forced many closures. Look for updates again soon from OSCN.net and the OBA's Courts & More.

¶1 Appellant, Chuy Humberto Brink, Jr., was convicted by a jury in Oklahoma County District Court, Case No. CF-2017-5819, of Counts 1--3: Assault With a Dangerous Weapon, in violation of 21 O.S.2011, § 645; Count 4: Using a Vehicle To Facilitate the Intentional Discharge of a Firearm, in violation of 21 O.S.2011, § 652 (B); and Count 5: Possession of a Firearm While On Probation, in violation of 21 O.S.Supp.2014, § 1283 (C). The jury recommended sentences of five years imprisonment each on Counts 1--3; ten years imprisonment on Count 4; and six years imprisonment on Count 5. The Honorable Trevor S. Pemberton, District Judge, presided at trial and sentenced Appellant in accordance with the jury's verdicts. Judge Pemberton ordered the sentences for Counts 1, 2, 3 and 4 to run concurrently each to the other but consecutively to Count 5. 1 Judge Pemberton further ordered credit for time served. Appellant now appeals.

¶14 The Judgment and Sentence of the District Court on Count 5 is AFFIRMED.

No decisions this week.

118,554 – In the Matter of the Guardianship of Z.E.C. & A.R.C., Minor Children: Gilbert Lee Willson, Jr. and Jennifer Jo Willson, Petitioners/Appellants, v. Joseph B.A. Crews, Respondent/Appellee. Appeal from the District Court of Noble County, Hon. Nikki G. Leach, Trial Judge. In this guardianship proceeding, Appellants, the maternal grandparents, appeal from an order of the trial court denying their petition for appointment of guardian of the minor children Z.E.C. and A.R.C. Based on our review of the applicable law and the evidence in the record, we conclude the trial court’s finding that Appellee, the children’s father, was not an unfit parent has a rational basis in evidence; consequently, the trial court did not abuse its discretion in denying the Willsons’ application for guardianship of the children. However, we further conclude that having denied the application, the trial court lacked the authority to order Father to execute a power of attorney in favor of the Willsons and, thus, we modify the order to remove that directive. Accordingly, we affirm as modified. AFFIRMED AS MODIFIED. Opinion from Court of Civil Appeals, Division II, by BARNES, J.; WISEMAN, P.J., and THORNBRUGH, J., concur.. Feb. 11, 2021

118,843 — Yvonne M. Lobb, Petitioner, vs. Dyne Hospitality Group, LLC, Accident Fund National Insurance Company, and the Workers’ Compensation Commission, Respondents. Proceeding to Review an Order of the Workers’ Compensation Commission En Banc affirming a decision of an administrative law judge finding Yvonne Lobb (Claimant) did not sustain an accidental personal injury arising in the course and scope of her employment with Dyne Hospitality Group, LLC, (Employer) because, when she slipped on ice in a parking lot adjacent to Employer’s premises, she was no longer performing work duties for Employer as she had stopped working for the day. The main issue on appeal is whether the Administrative Workers’ Compensation Act precludes Claimant from recovering for her injury because it occurred “in a parking lot or other common area adjacent to [her] employer’s place of business” after she finished working for the day. We conclude the WCC correctly decided Claimant’s injuries did not occur in the course and scope of her employment and are therefore not compensable. We sustain the WCC’s decision. SUSTAINED. Opinion from the Court of Civil Appeals, Division II, by WISEMAN, P.J.; BARNES, J., and THORNBRUGH, J., concur. Feb. 10, 2021.

118,412- Richard Lynn Dopp, Plaintiff/Appellant, vs Don Kirkendall and Charles Kirkendall, Defendants/Appellees.  Appeal from the District Court of Rogers County, Oklahoma.  Honorable Sheila A. Condren, Trial Judge. Plaintiff/Appellant Richard Lynn Dopp  appeals from an order denying his motion to reconsider the order granting the motion to dismiss of Defendants/Appellees Don Kirkendall and Charles Kirkendall.  The underlying action relates to a previously filed case and appeal, which was dismissed for Plaintiff’s failure to pre-pay filing fees required by 57 O.S. § 566.2.  Plaintiff argues that the trial court erred in dismissing the case because it misapplied the savings statute and improperly dismissed the case.  On remand by order of the Supreme Court, we have considered the court’s precedent in Cole v. Josey, 2019 OK 39, ¶ 4, 457 P.3d 1007, and Grider v. USX Corp., 1993 OK 13, ¶ 14, 847 P.2d 779.  We find that the facts of the instant case are distinguishable from those in Cole and Grider, and again affirm the trial court’s order.  AFFIRMED. Opinion by SWINTON, C.J.; PEMBERTON, P.J., and BELL, J., concur. Feb. 9, 2021

118,705 - In the Matter of M.O., M.O., T.O., and L.O., Deprived Children.  The State of Oklahoma, Petitioner/Appellee, vs. Hassan Omar, Respondent/Appellant.  Appeal from the District Court of Oklahoma County, Oklahoma.  Honorable Lydia Green, Trial Judge.  Respondent/ Appellant Hassan Omar appeals from an order terminating his parental rights to M.O., M.O., T.O., and L.O. (Children). This proceeding began in 2016, after Omar raped and strangled Children’s mother, Isabel Laudermilk, in the home with M.O., then six months old, present. It has remained open since then, during which time Omar and Laudermilk have had three more children. Petitioner/Appellee the State of Oklahoma sought termination based on Omar’s failure to correct the conditions leading to the deprived adjudications. The jury found termination was in Children’s best interests based on Omar’s failure to correct the conditions of substance abuse, domestic violence, neglect, threat of harm, and lack of proper parental care and guardianship.  Clear and convincing evidence supports the jury’s decision and we AFFIRM. Opinion by SWINTON, C.J., BELL, A.P.J., and PRINCE, J. (sitting by designation), concur. Feb. 9, 2021.

118,959 - In the Matter of D.R., I.R., K.R., and T.W., Alleged Deprived Children: Cassy Wormser, Respondent/Appellant, vs. State of Oklahoma, Petitioner/Appellee.  Appeal from the District Court of Tulsa County, Oklahoma.  Honorable Theresa Dreiling, Judge.  Respondent/ Appellant, Cassy Wormser (Mother), appeals from the trial court’s order adjudicating her four minor children deprived.  On December 11, 2019, a referral was made to the Oklahoma Department of Human Services (DHS) alleging Mother’s home was an inadequate and dangerous shelter; there was a lack of proper parental care or guardianship; and her children, D.R., born September 11, 2013,  I.R., born August 28, 2018, and K.R., born February 14, 2016, were neglected.  Petitioner/Appellee, State of Oklahoma (State), filed an out of custody petition on January 17, 2020, alleging the children are deprived under 10A O.S. 2011 §1-1-105(21).  Mother was pregnant with T.W., born March 12, 2020, when the open in-home petition was filed.  After T.W.’s birth, the children were placed out of the home and  State amended its petition to include T.W.  The children were adjudicated deprived on June 30, 2020.  On appeal, Mother argues the State infringed upon her rights to liberty and due process by removing her children.  Mother also contends State failed to show, with a preponderance of evidence, that the children are deprived and it is in the children’s best interests to be removed from Mother’s custody. We affirm the deprived status adjudication.  AFFIRMED.  Opinion by BELL, J.; PEMBERTON, P.J., and SWINTON, C.J., concur. Feb. 9, 2021.

119,252 -Ashanafe Geberkidane, Plaintiff/Appellant, vs. Jeffrey Rogers and 2 W Properties, LLC, Defendants/Appellees, and Pink Parrot Cantina, LLC, Orion Palmer, and Luis Alverado, Defendants.  Appeal from the District Court of Oklahoma County, Oklahoma. Honorable Cingy H. Truong, Trial Judge. Plaintiff/Appellant, Ashanafe Geberkidane (Plaintiff), appeals the trial court’s dismissal of Plaintiff’s claims against Defendants/Appellants, Jeffrey Rogers (Rogers) and 2W Properties, LLC (2W Properties), for failure to state a claim upon which relief can be granted. Although Plaintiff raises a number of issues on appeal, the issues central to our analysis are: 1) Was the trial court’s dismissal of claims against Rogers erroneously based, at least in part, on allegations outside the pleadings and 2) Did 2W Properties, as Pink Parrot Cantina, LLC’s (Pink Parrot) landlord, owe a duty of care to Plaintiff, a patron of Pink Parrot, who allegedly suffered injuries at the hands of a bouncer employed by Pink Parrot, thereby giving rise to a cognizable claim against 2W Properties. Because we answer the first question in the affirmative and the latter question in the negative, we AFFIRM IN PART AND REVERSE IN PART. Opinion by PEMBERTON, P.J.; SWINTON, C.J., and BELL, J., concur. Feb. 9, 2021.

Founding Documents and More at the National Archives

If you have some extra time to research during these days of snow storms and arctic cold, check out the National Archives website. The site offers a trove of information including copies of America's founding documents, military service records and for the genealogically inclined, many family research options. 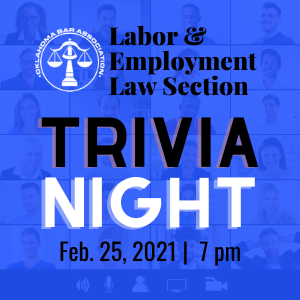 Most lawyers worked from home on occasion. But the previous twelve months have changed the way we think of working from home. Home Office Setup: The Best Products for Comfort, Productivity and Joy from Attorney@Work highlights work-from-home tools ranging from a good chair to lightning tips to great slippers.

Working from home is not going away. Maybe it is time for a few upgrades to your home office or workspace. 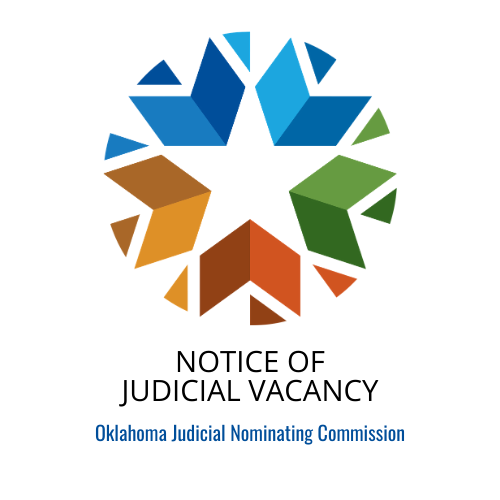 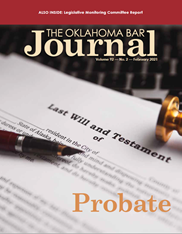 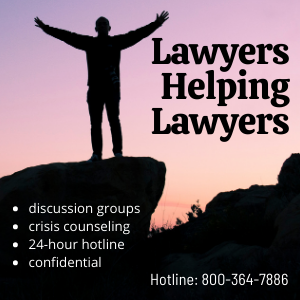 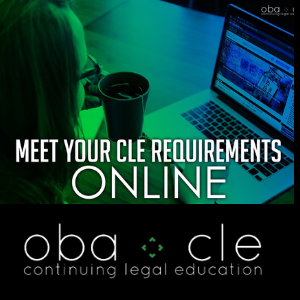