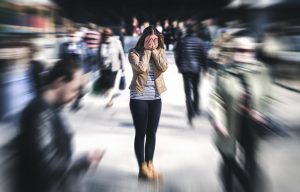 Every living human being is equipped with the equivalent of an electrochemical supercomputer capable of operating your basic bodily functions such as respiration and digestion, operating heavy machinery like your automobile in rush-hour traffic and pondering inchoate problems like what to have for dinner (taking into account the current contents of your refrigerator and determining if you need to stop at the grocery store on your way home) all at the same time. It is no wonder that such a complex organ can be subject to a variety of physical and behavioral conditions that can cause it to produce unexpected results.

Unfortunately, mental health is an area of human life that is heavily loaded with stigma. The prevailing thought seems to be that any mental illness is the equivalent of absolute disability, even though we know of a great number of accomplished people, present and past, who have dealt with and managed bipolar disorder, depression and even schizophrenia. This is probably because there is so much that we do not know about mental health, and the little that we do know is vastly misunderstood. A person may be grappling with a mental health issue without even being aware they are doing so. There are few cures presently available, but there are many effective treatments that can lessen or eliminate the negative effects of mental illness. Again, just like any other medical condition, there is no way to get this relief if one does not first seek treatment.

The first and best way to help one who may be suffering from a mental health issue is to get them to agree to seek help voluntarily. One of the most common concerns among those who may need to seek mental health assistance is that they will somehow be determined to be “crazy,” and they will have their fundamental rights denied as a result. This fear is not entirely unfounded. Until recently, the black letter law held many provisions regarding “lunatics” and other pejorative terms for the mentally ill. Indeed, the now-defunct Title 35 of the Oklahoma Statutes continues to be titled “Insane and Feeble-Minded Persons,” which held the Lunacy Law of 1917 among others. The appropriate statutes regarding the care of the mentally ill have been relocated to Title 43A “Mental Illness.” Advancements have been made both in society and the law over recent years to treat those suffering from a mental illness with a much broader degree of respect.

In seeking to persuade one to seek mental health treatment, it may be helpful to show them that the federal HIPPA law prevents the sharing of mental health records with the same level of protection of any other medical records, but with one key exception. If a mental health provider believes a patient presents a serious and imminent threat to the health or safety of a person (including the patient) or the public, that provider may contact the appropriate individuals or law officials and inform them. The vast majority of people who have mental health issues are not violent and are in no danger of having such referral made. A person who is interested in maintaining their privacy would best accomplish this by voluntarily seeking mental health treatment, rather than allowing a condition to escalate.

The process to place a person involuntarily into mental health treatment is found at 43A O.S. §§5-410 et seq. In these proceedings, the district court will determine if the subject individual is a “person requiring treatment” and, if that determination is made, the least restrictive appropriate treatment required.

Typically, the process is begun as the result of some action on the part of the individual that causes those around them fear for the safety of the individual or other people and law enforcement is summoned to the scene. Any person who appears to be or states they are mentally ill to a degree that immediate emergency action is necessary may be taken into protective custody and detained by law enforcement personnel, also referred to as emergency detention.3

The legal process to require an individual to submit to mental health treatment is initiated by the filing of a verified petition for an order requiring treatment in the district court by one of a specified group of persons, which includes immediate members of the individual’s family.6 If the individual is being held in emergency detention, the court must be so notified along with the petition, along with a copy of the medical evaluation made while in detention.7

THE HEARING ON THE PETITION

By default, the hearing on the petition is a bench trial. If deemed necessary by the court or if demanded by the individual, a jury trial before a panel of six jurors is held on the petition, but a jury trial may delay the proceedings an additional five days.14

It should be noted that the overarching requirement is the threat of physical harm, or actual physical harm, to the individual or another person. The mere fact that a person has mental processes that are impaired by reason of advanced years, dementia or Alzheimer’s disease, or is a person with an intellectual or developmental disability, a person with a seizure disorder, a person with a traumatic brain injury or a homeless person is expressly insufficient of themselves to sustain a finding that the individual is a person requiring treatment.17 Adult individuals have the “right to be foolish” and make decisions that are not in keeping with the mainstream of society. Unless their actions form some sort of threat of implied or actual harm to another individual or themselves, there is insufficient basis for a finding that the individual must submit to mental health treatment. In those situations where those near the individual fear that the individual may be incompetent but not violent, they may wish to consider whether obtaining guardianship over the person or the property of the individual is available or appropriate.

Court records regarding these proceedings are not open to public inspection but are available to the individual and their authorized representatives, Department of Mental Health and Substance Abuse Issues personnel and people having a “legitimate interest” including bonded abstractors.28

The recent COVID-19 crisis has created massive disruptions in our society and will no doubt give rise to expanded mental health concerns in the general public. Anyone concerned about the mental health of another should seek to open a dialogue with that person, encouraging them to seek mental health treatment. Of course, any threat of harm to others or the individual themselves should be treated as credible and law enforcement should be immediately informed.

A person who voluntarily receives mental health treatment can avoid being “adjudicated mentally defective” or being “committed to a mental institution,” either of which designations may have a detrimental effect in the future. Their treatment records are protected by HIPPA. Merely receiving mental health services is not enough under Oklahoma law to merit inclusion in the NICS database. While there is no “black letter” law to this effect, one can argue that an individual who seeks out necessary mental health services displays enhanced responsibility and stability, despite their mental illness.

John Wylie is a 1997 graduate of the OU College of Law. He is an of counsel attorney with Tombs Maxwell LLP, a firm dealing with issues involving tort settlements, estate planning, probates and guardianship issues across the Southwest.