In Oklahoma, school districts are political subdivisions of the state. Any attorney who has worked for or against the state of Oklahoma or a political subdivision is likely familiar with the Oklahoma Governmental Tort Claims Act (GTCA). That same attorney would likely tell you that compliance with the provisions of the GTCA is not always straightforward as there is a myriad of procedural steps a plaintiff must maneuver through before filing a lawsuit sounding in tort1 against a political subdivision in district court. Unfortunately, the case law construing the GTCA sometimes leaves attorneys with more questions than answers. This article will focus primarily on the opinion of the Oklahoma Supreme Court in I.T.K. v. Mounds Public Schools, which interpreted a seemingly unambiguous provision of the GTCA and came to an unexpected conclusion and two opinions that have since been handed down by other courts that relied on Mounds.2

THE GTCA NOTICE REQUIREMENT AT ISSUE IN MOUNDS

The plaintiff in Mounds alleged that a school bus driver negligently operated a school bus and caused injury to the six-year-old plaintiff. Thankfully, the plaintiff was not seriously injured, but he was taken to an emergency room, given several diagnostic tests and treated for two lacerations.6 The plaintiff sought damages for medical expenses and associated pain and suffering.7

The plaintiff’s attorney sent a letter to the school superintendent and school insurance adjuster two weeks after the incident occurred, notifying them of his representation of the plaintiff, the plaintiff’s injuries and the manner in which the injuries were sustained.8 Ostensibly, this notification was intended to satisfy the tort claim notice requirements under §156(E) of the GTCA.9 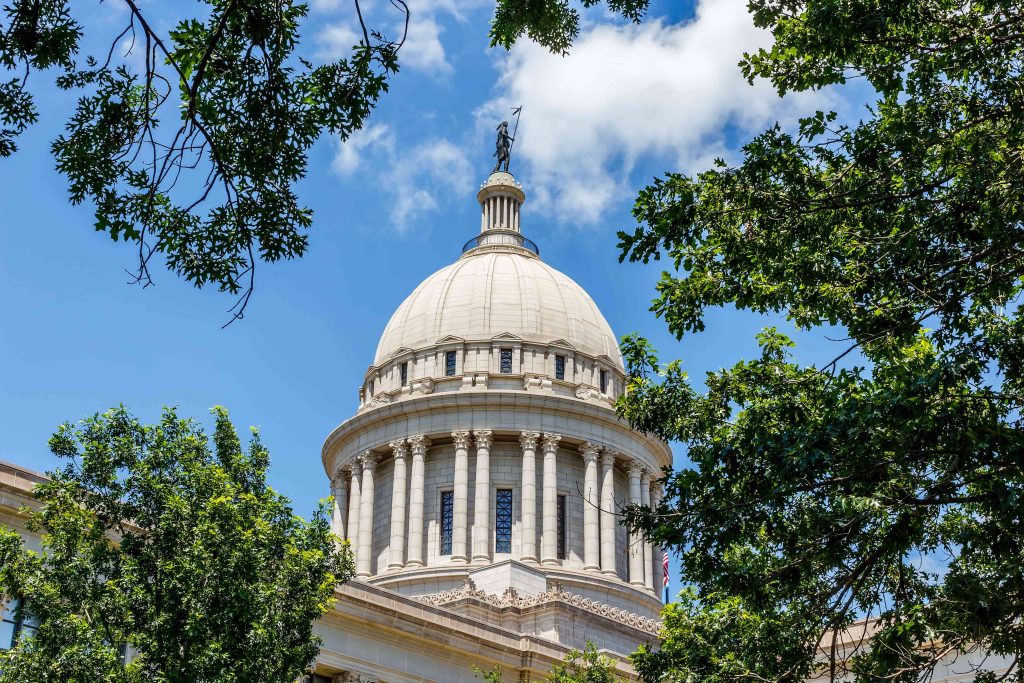 Accordingly, Mounds Public Schools argued the lawsuit was time-barred because proper notice was never given under the language of §156(D). In support of its contention, the school district pointed to the court’s prior decision in Minie v. Hudson, in which the court held that oral notice of a tort claim is insufficient to satisfy §156(D).10 There, the court reasoned the statutory language, “shall be in writing …,” was a legislative command a plaintiff must follow when submitting notice of a claim.11

Thus, in light of this precedent, the school district’s position in Mounds was that notice to the clerk of the governing body was also a legislative command that must be followed. On the other hand, the plaintiff argued that §156(D) could be divided in two, with the “in writing” requirement being mandatory and the “with the clerk of the governing body” requirement only requiring substantial compliance.

In other words, the court rejected the school district’s contention that “filed with the clerk of the governing body” was a “strict compliance” provision while also rejecting the plaintiff’s contention that §156(D) could be bifurcated, so its latter half only required substantial compliance. The court instead created a third option. It reasoned that the “plain language in 51 O.S. §156(D) makes filing the GTCA notice with ‘the office of the clerk’ of the governing body a mandatory duty,” but “the manner of filing with the clerk’s office is not statutorily specified as mandatory.”13 The court explained that when a school district is the governing body, a relevant inquiry is:

The identity of potential clerks who may receive the notice for filing, and whether a superintendent is a proper recipient for notice when the superintendent’s managerial duties require both representing the board and transmitting to a clerk for filing any financial claims against the school district which the superintendent has received.14

The court implied that a plaintiff may not know which clerk to file the notice with – and therefore may file it with the superintendent – because the law allows for the appointment of a clerk, deputy clerk, encumbrance clerk and/or minute clerk, and it is possible for a clerk and/or deputy clerk to be a member of the board.15 However, the same statute that provides for the possibility of those various clerk positions also states in the next sentence, “No superintendent … employed by such board shall be elected or serve as clerk or deputy clerk of the board nor as encumbrance clerk or minute clerk.”16

In explaining its reasoning, the court quoted a portion of the Oklahoma Administrative Code describing the relationship between a superintendent and board of education to support its decision that a superintendent is analogous to a clerk of the governing board, although the regulations do not fully bear out this comparison, and the aforementioned statute explicitly prohibits a superintendent from serving as a clerk.17 The court itself recognized, “A superintendent is not a clerk for the board, and is prohibited from formally acting as the clerk.”18

The Mounds opinion raises an issue for attorneys interpreting provisions of the GTCA moving forward. Does an attorney’s review of the plain language of the statute, as well as the strict compliance versus substantial compliance dichotomy found in case law, encompass the full scope of GTCA interpretation employed by the courts, or is there now more that an attorney must consider?

THE IMPLICATIONS OF MOUNDS MOVING FORWARD

In light of the foregoing discussion, attorneys and lower courts may be wary of relying on the provisions of the GTCA and uncertain whether following the plain language of the statute will lead to the correct result on appeal. The current state of the case law is intricate at best, and Mounds is not the last case in which the plain language of the GTCA is interpreted with a more “practical approach” in mind.

Proving the point, the Oklahoma Court of Civil Appeals heard a case in 2020, Alburtus v. Independent School District No. 1 of Tulsa County, that asked whether notice to an insurance representative of a school district could satisfy the notice requirement of the GTCA.19 The Court of Civil Appeals found that it did, noting the Mounds opinion “ruled against a literal reading of Section 156(D).”20 The Alburtus opinion recognized “an insurance agent is not the same as a superintendent” but still found, based on the facts of the case and analysis of  the Mounds opinion, that the insurance representative could bind the school as its agent.21

Similarly, the 10th Circuit heard a case, Osterhout v. Board of County Commissioners of LeFlore County, Oklahoma, in 2021 and relied on the Mounds opinion in its decision.22 There, the provision at issue was §156(E), which provides, inter alia, that a written tort claim notice “shall state … the name, address, and telephone number of the claimant, the name, address, and telephone number of any agent authorized to settle the claim, and any and all other information required to meet the reporting requirements of [a specified federal statute].”23

In I.T.K. v. Mounds Public Schools, the Oklahoma Supreme Court recognized the duty to file, but acknowledged the statute’s flexibility as to the manner of filing: “[B]ecause the manner of filing with the clerk’s office is not statutorily specified as mandatory,” “a superintendent is a proper recipient for notice when the superintendent’s managerial duties require both representing the board and transmitting to a clerk for filing any financial claims against the school district.”25

The 10th Circuit then relied on the Mounds reasoning in holding that a claimant need not provide their own contact information when submitting notice of a tort claim despite the plain language of the statute stating the contrary. The 10th Circuit explained its interpretation of the statute by pointing to Rule 4.2 of the Oklahoma Rules of Professional Conduct, which generally requires an attorney to contact a represented party through counsel.26 While this is certainly a valid reason for a school district’s attorney (or attorney for any political subdivision) to not directly contact a represented claimant, it is probably not what the Oklahoma Legislature had in mind when it created the statutory requirement in the GTCA.

It remains to be seen whether the Oklahoma Legislature will ever pass legislation clarifying the notice requirements of the GTCA in response to Mounds, Alburtus or Osterhout as it did following the Minie opinion. For now, attorneys must work with a relatively complex web of case law to determine which tort claim notice requirements in the GTCA require “strict compliance,” which require “substantial compliance” and which may be set aside in favor of a more “practical approach.” To avoid protracted litigation over compliance with the notice requirements, attorneys representing claimants would be well-served by choosing to strictly comply with all the requirements.

Adam T. Heavin is a native of Tulsa. He received his J.D. from the TU College of Law in 2021, where he served as editor-in-chief of the Tulsa Law Review and graduated with highest honors. Mr. Heavin has been employed by Rosenstein, Fist & Ringold since 2021.

Eric D. Wade received his J.D. with honors from the TU College of Law in 2001. While in law school, Mr. Wade was articles editor of the Tulsa Law Review and a member of the Order of the Curule Chair. He has been employed by Rosenstein, Fist & Ringold since 2001 and became a shareholder and director of the firm in 2011.