At the conclusion of World War II, as the Allies prepared to try Nazi leaders in Nuremberg, Germany, Hermann Göring declared, “Of course I want counsel. But it is even more important to have a good interpreter.” His prosecutors agreed. With pending testimony from speakers of German, French, Russian, English and other languages, the Allies knew the trial could not go forward without competent, professional interpretation.

In the U.S. courts of the 1970s, judicial authorities reached a similar conclusion. In a 1974 case involving a Spanish speaker, the Supreme Court of Arizona ruled that defendants of limited English proficiency have a fundamental right to interpreters. In their words:

"It is axiomatic that a … defendant who is unable to speak and understand the English language should be afforded the right to have the trial proceedings translated into his native language in order to participate effectively in his own defense … A defendant’s inability to spontaneously understand testimony being given … would be as though [he] were forced to observe the proceedings from a soundproof booth … being able to observe but not comprehend the criminal processes whereby the state had put his freedom in jeopardy." 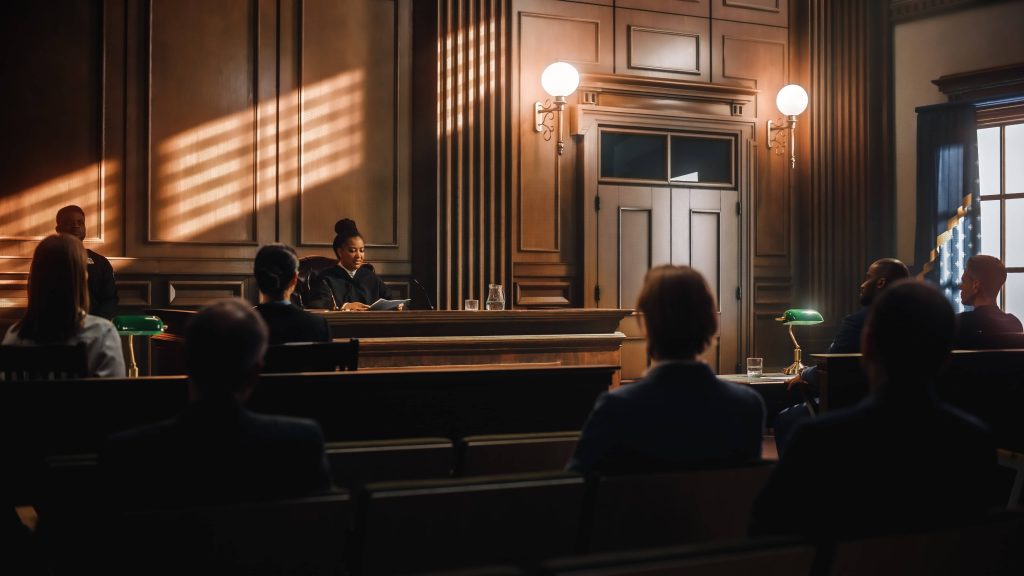 Since the 1970s, authorities around the nation have worked hard to train – and certify the ability of – court interpreters and standardize interpretation practices. In Oklahoma, where I work as an interpreter, authorities have done much in the past decade. One of the main tasks now is to trust certification, which means allowing interpreters to do their jobs.

In courtrooms around central Oklahoma, I sometimes run into attorneys who say they do not need interpreters because they already speak Spanish. They may, indeed, but I have yet to hear an attorney interpret it in a way that would pass the certification exams. Knowing neither the technique nor the vocabulary, lawyers who brush off interpreters seldom know words such as DA, arraignment, enter a plea, waive, deposition, stipulation or call docket. In criminal proceedings, these terms are ubiquitous, and lawyer-interpreters regularly omit or change them.

On one occasion, I heard a defense attorney change the crime of “burglary and assault” to “robbery and assault” because he did not know the term for burglary. Imagine how confused the defendant must have felt. After all, he may have broken into a building, but no one else in the courtroom had even insinuated that he had stolen something.

On another occasion, an attorney told me he could speak Spanish fluently. However, as he attempted to discuss a plea agreement with his Spanish-speaking client, he did not know how to explain that by accepting the agreement, his client would waive certain rights. When I later accompanied the defendant before the judge, the defendant panicked at the idea of waiving his rights, and the proceedings stopped with a jerk.

The goal of court interpreters is to ensure that defendants with limited English understand everything native English speakers would understand in their position. To achieve this goal, they not only learn languages at a professional level, but they also learn simultaneous and consecutive interpretation techniques as well as sight translation (reading English documents aloud in Spanish). They use each of these skills in criminal proceedings.

If the history of the professionalization of interpreters since the 1970s teaches us anything, it is that these abilities do not just appear when someone learns a little Spanish or when they have a Hispanic name. The ability to interpret fully and accurately in court requires more than a few years of high school Spanish, just as performing Chopin and Schubert in concert requires more than a few years of piano lessons. Even attorneys who grow up speaking Spanish in their homes do not automatically know the terminology or the techniques to interpret professionally. An interpreter could certainly never do an attorney’s job. Should an attorney be allowed to do the interpreter’s job?

Until all judges and attorneys embrace the irreplaceable role of certified interpreters, Spanish-speaking defendants and victims will not have full access to the U.S. legal system. If court authorities want to ensure fairness for non-English speakers, they will remember the vision of the Arizona Supreme Court in the 1970s and allow interpreters to make it a reality.

Mr. Cozzens is a certified courtroom interpreter in Oklahoma and a graduate student at the University of Oklahoma.