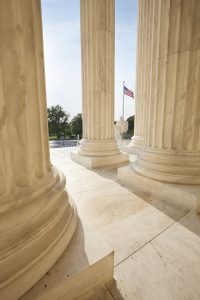 In Gad v. Kansas State University,1 the 10th Circuit held that exhaustion of administrative remedies was no longer a question of subject-matter jurisdiction but, instead, was a “condition precedent” to suit.2 The Supreme Court’s recent decision in Fort Bend County, Texas v. Davis3 comes to the same conclusion, but in making its decision, the court issued the latest in a line of cases reforming what it means for a statutory requirement to be “jurisdictional.”

Practitioners in areas like employment law, prisoner’s rights litigation, administrative law and similar areas with statutorily created rights are all too familiar with the need to exhaust administrative remedies. Put simply, before plaintiffs can have their day in court, they must first have their day before an administrative agency. For example, before a plaintiff can bring a claim of employment discrimination against an employer under Title VII of the Civil Rights Act of 1964, they must file a charge of discrimination with the U.S. Equal Employment Opportunity Commission and receive a notice of right to sue.4

In the not-too-distant past, courts considered the failure to accomplish the administrative process to be not simply a bar to suit but a jurisdictional prerequisite.5 In other words, completing the administrative process was part and parcel of the court’s subject-matter jurisdiction, and so a failure on that front could be raised at any time.6 The exhaustion requirements were many and varied, ranging from filing a claim with the administrative agency,7 to naming all of the appropriate respondents8 and including all the potential claims,9 to simply signing the resulting charge10 and cooperating with the agency.11

The tide began to turn when the Supreme Court, in cases like Arbaugh v. Y&H Corp.,12 began to consider what it means for a statutory requirement to be jurisdictional. In Arbaugh, the court addressed a different type of statutory requirement than exhaustion, namely Title VII’s requirement that a covered employer must have 15 or more employees (the “numerosity” requirement).13 At the trial court level, the employer first raised numerosity after it lost at trial. The district court, lamenting the waste of effort and judicial resources, nevertheless felt compelled to dismiss the case because past cases described numerosity as jurisdictional and subject-matter jurisdiction can be raised at any time.14 In what has become a refrain for these cases, the Supreme Court on review stated, “Jurisdiction…is a word of many, too many, meanings.”15 The court stated that the numerosity requirement, though an essential element of a claim for relief under Title VII, was not “jurisdictional” in the sense that it affected a court’s subject-matter jurisdiction.16 Numerosity, unlike the amount-in-controversy requirement for federal diversity jurisdiction, was not a part of Title VII’s jurisdictional text, and so it was better understood as part of the merits of the claim.17 Thus, the court concluded the numerosity defense could not be raised late in the lawsuit after a trial on the merits.18

The court’s ruling in Arbaugh led many courts to reconsider prior rulings holding that statutory requirements to suit, like Title VII’s numerosity requirement, were part of the merits of the claim rather than being necessary parts of federal subject-matter jurisdiction. The 10th Circuit’s ruling in Gad and its progeny followed that line of reasoning to conclude Title VII’s requirement that an EEOC charge be “verified” (i.e. signed) was not jurisdictional.19 However, not all courts reconsidered their prior rulings, leading to a split in the circuits. In some circuits, these requirements could still be raised at any time as a challenge to subject-matter jurisdiction, but in other circuits, they could not.20

THE SUPREME COURT STEPS IN

On June 3, 2019, the court resolved the circuit split with its opinion in Fort Bend County, Texas v. Davis. The plaintiff at the trial court level, Lois Davis, submitted an intake questionnaire to the EEOC in February 2011 and a charge of discrimination in March 2011, both asserting retaliation for reporting sexual harassment.21 After Fort Bend County discharged her for what she believed was religious discrimination, Ms. Davis supplemented her intake questionnaire by handwriting the word “religion” on it, though she did not make any change to the charge itself.22 After she filed a lawsuit alleging religious discrimination and retaliation, the district court granted summary judgment in favor of the county on both claims.23 On appeal, the 5th Circuit affirmed as to the retaliation claim but reversed on the religious discrimination claim, sending the case back to the district court.24

Only then, after the case returned to the district court, did the county assert that the court lacked subject-matter jurisdiction because Ms. Davis had not administratively exhausted her religious discrimination claim.25 The district court dismissed the claim, but the 5th Circuit reversed the dismissal, concluding the charge-filing requirement was not jurisdictional, and the county had waived its right to the argument by failing to raise it.26 The Supreme Court took the case to settle the issue once and for all.

Writing for a unanimous court, Justice Ginsburg focused on the distinction between a jurisdictional requirement and what she terms a “claim-processing rule,” which is a procedural step in the process of litigating under certain federal laws.27 The former “speak to a court’s authority” rather than to “a party’s procedural obligations.”28 The charge-filing provision, because it is a discrete part of statute separate from Title VII’s jurisdictional provision, “is a processing rule, albeit a mandatory one, not a jurisdictional prescription delineating the adjudicatory authority of courts.”29 The court rejected the county’s argument that making the requirement jurisdictional would further Congress’s aims in requiring the EEOC to be involved prior to a lawsuit, noting, “A prescription does not become jurisdictional whenever it ‘promotes important congressional objectives.’”30 As the court concluded, “A rule may be mandatory without being jurisdictional, and Title VII’s charge-filing requirement fits that bill.”31

The Supreme Court’s ruling in Davis is limited, but like Arbaugh, it is another example of the court’s recent push to prevent the use of the term “jurisdictional” for anything other than the very limited set of requirements for federal subject-matter jurisdiction. To the extent any of those old “jurisdictional” concerns remain, they are likely to fall by the wayside sooner rather than later at the federal level.

What does this mean for state laws, though, like the Oklahoma Anti-Discrimination Act?32 The OADA, much like Title VII, provides employees who have suffered employment-based discrimination a legal remedy. However, as state courts are courts of general jurisdiction, the OADA does not have a separate jurisdictional provision like Title VII or other federal laws. Instead, it seems to paint at least some of what the Supreme Court called claim-processing rules as a function of standing: “In order to have standing in a court of law to allege discrimination arising from an employment-related matter…an aggrieved party must, within one hundred eighty (180) days from the last date of alleged discrimination, file a charge of discrimination in employment… .”33

“Standing refers to a person’s legal right to seek relief in a judicial forum.”34 More importantly for this discussion, standing “may be assessed at any point during the judicial process, and may be raised by [the court] sua sponte.”35 If this is true, then by classifying the procedural requirements of the OADA as matters of standing, the Oklahoma Legislature may have created the opposite of the situation in Davis: a situation where procedural requirements like the charge-filing requirement are a fundamental part of accessing the courts and may be raised at any point during the litigation. To our knowledge, no published appellate decision has ever addressed the OADA’s procedural requirements in the standing context, but practitioners should be aware that this is one area where treatment of a plaintiff’s claim of employment discrimination under federal law may differ from treatment of the similar claim under the OADA.

Aside from the impact on the OADA and similar state laws, we must also consider the impact of the court’s ruling on actual practice. Some readers of the Davis opinion may come away with the impression that plaintiffs no longer need to comply strictly with the various procedural requirements at the administrative stage. We do not read the opinion this way, and it could be dangerous to do so. As Justice Ginsburg said, the problem for the county in Davis was not that it could not raise the failure to exhaust defense at all, it was that the county waited too long to do so.36 What has changed is that these requirements are now waivable by the defendant employer. However, as the court cautions, “A Title VII complainant would be foolhardy to consciously take the risk that the employer would forgo a potentially dispositive defense.”37 Plaintiffs, therefore, should continue to carefully meet the various procedural prerequisites to filing suit. Defendants should likewise continue to be vigilant as a failure to assert the defense can lead to waiver of what may otherwise be a dispositive defense.

Kimberly Lambert Love is a partner with Titus Hillis Reynolds & Love in Tulsa. With more than 30 years of experience, Ms. Love practices in all areas of employment law. She is a past chair of the OBA Labor and Employment Law Section.

Jason L. Callaway is currently an associate attorney with Johnson & Jones PC in Tulsa. He graduated from the University of Oklahoma College of Law in 2014 and is a former clerk of Judge Claire V. Eagan.