The OBA Diversity Committee is set to host its 2020 Ada Lois Sipuel Fisher Diversity Awards Virtual Ceremony. The Diversity Committee will honor its award recipients in an event that is part of this year’s Annual Meeting. The event will feature a presentation by Keith and Dana Cutler, a husband and wife team who are trial lawyers in Kansas City, Missouri, and presiding judges of the two-time Emmy-nominated, nationally syndicated daytime TV show, Couples Court with the Cutlers. Their topic will be Never Say Never … (The Best Parts of Our Legal Careers). You’ll find some of their entertaining TV show segments on YouTube, so check it out!

The ceremony is set for Thursday, Nov. 12, at 5:30 p.m. During the event, two judges, three attorneys and one organization will be honored for excellent diversity and inclusion work in Oklahoma. For more information about the event, please email diversityawards@okbar.org.

Be sure to register for the meeting at www.okbar.org/annualmeeting, where you’ll also find the most current information. Remember, the meeting and this event are free.

Members of the Judiciary 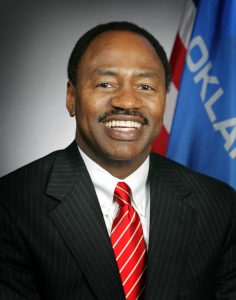 Judge David B. Lewis was born in Ardmore. Gov. Brad Henry appointed him judge for the Oklahoma Court of Criminal Appeals on Aug. 4, 2005. He served as presiding judge for 2013 to 2014 and is currently serving his second term as presiding judge. Judge Lewis earned a bachelor’s degree with high honors from OU in 1980 and received his J.D. from the OU College of Law in 1983. After spending four years in private practice, he served four years as a Comanche County prosecutor and served as Comanche County special judge from 1991 to 1999. He was a district judge for Comanche, Stephens, Jefferson and Cotton counties from 1999 to 2005. He formerly served as president of the Comanche County Bar Association, president of the Oklahoma Judicial Conference and is an OBF Fellow. He is also a Fellow of the American Bar Foundation and a member of the American Bar Association. Judge Lewis was selected as a member of the Class of 2008 Henry Toll Fellowship Program of the Council of State Governments and was inducted into the Order of the Owl at the OU College of Law in 2017. He serves on the Board of Visitors of the OU College of Law and is co-chair of the OBA Bench and Bar Committee. Judge Lewis also serves on the Board of Directors for the Girls Scouts of Western Oklahoma and has served as chairman of Reach Out and Read Oklahoma. He has two children – a son, David Jr., and a daughter, Danielle. 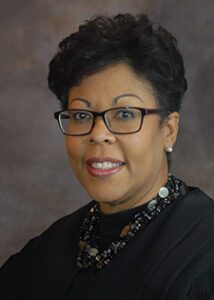 Prior to election to the district judgeship in 2014, Judge Timmons was a solo practitioner at her own firm, Timmons & Associates. Before that, she was in private practice with Abel, Musser, Sokolosky, Mares and Kouri Law Firm, where she founded the civil rights and employment law litigation section. Prior to that, she served within the Civil Division of the Oklahoma County District Attorney’s Office. She began her legal career with General Motors Legal Services. Judge Timmons was Gov. David Walters’s appointee on the Committee on the Status of Women. She also served as the appointee of the chief justice of the Oklahoma Supreme Court on the court’s Times Standards Committee. Judge Timmons has also been an instructor at Langston University’s Oklahoma City campus. She is a CLE speaker for the OBA’s continuing education programs, and she is also a co-founder/sponsor of Jamming Hoop Fest, a summer basketball program designed to keep youth in northeast Oklahoma City out of trouble. 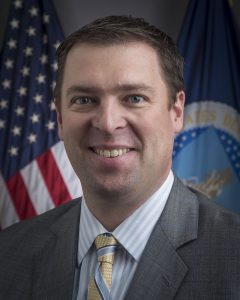 Scott Biggs grew up on a small farm in central Indiana. His engagement in activities through 4H and FFA led him to OSU. After finishing his agricultural economics degree at OSU, Mr. Biggs went to work for Rural Enterprises of Oklahoma as a loan officer. Following his time at Rural Enterprises, he attended the OU College of Law, where he received his J.D. in 2006. While in law school, he began working as an intern for the Grady County District Attorney’s office. He spent the following seven years as an assistant district attorney in McIntosh County and later Caddo County. He became skilled at managing various felony dockets, misdemeanor dockets, civil case dockets and managing drug courts and juvenile dockets. In 2011, Mr. Biggs was elected to the Oklahoma House of Representatives, where he served five years. Through his service, he became a leading voice and strong advocate for law enforcement, victims’ groups and the agricultural community.

In 2017 he was appointed to serve as state executive director for the U.S. Department of Agriculture Farm Service Agency (FSA) by President Trump. FSA employee demographics have changed under Mr. Biggs’ leadership. From day one, a focus on civil rights issues and EEO training has resulted in expanded opportunities for employee career advancement. He has recruited and promoted more minorities and female managers than any other state executive director before him. Another emphasis for Mr. Biggs has been FSA outreach requirements for his team of 350. These efforts have resulted in a significant increase in new producers, many of which reside in historically underserved communities. His outreach efforts garnered national recognition when his team received the FSA Administrator Award in 2020, and he received a Certificate of Appreciation from the USDA Deputy Assistant Secretary of Civil Rights. His focus on fair treatment of employees and producers through new requirements and training has positively transformed the FSA or years to come.

Mr. Biggs currently resides on his family farm in Stillwater with his wife, Dr. Rosslyn Biggs, and two daughters, Maguire and Spencer. He maintains a part-time legal practice and was recently commissioned to the Oklahoma Air National Guard. He is assigned to the 138th Fighter Wing as an assistant staff judge advocate. 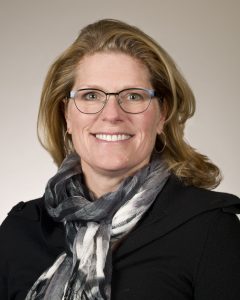 Her family moved from New York to Tulsa in 1970, when American Airlines moved its computer headquarters. From an early age, she loved traveling with her father for business with American Airlines. The people she met brought new perspectives into her life, and thus began the thirst for diversity of thought, culture and opinion – just to name a few. In college, she lived in the international dorm at the University of Kansas. Watching international news and discussing international events with friends from Libya, Jordan, Ivory Coast and Venezuela were some of her most memorable times in college.

Each year, Williams Companies recognizes leaders who go above and beyond to create an inclusive work environment in which everyone feels respected, valued and connected through its Randy Barnard Leave the Ladder Down Award. The annual award was created by the Women’s Business Resource Group to recognize a leader who fosters an environment that attracts a high-performing and diverse workplace. In 2008, the first year the award was given, Ms. Edmonds was the runner up, and in 2009, she won the Leave the Ladder Down Award. Outside of work, she serves on the Tulsa Global Alliance Board and the Women’s Energy Network’s national board. Both organizations promote diversity and inclusion through their programming and platforms.

Patti Palmer Ghezzi is an attorney who is known to be a strong advocate for criminal justice reform. Ms. Ghezzi is currently an assistant federal public defender in the Capital Habeas Unit of the Western District of Oklahoma. Recently she has become well known for her representation of Patrick Murphy, a member of the Muskogee Tribe who was tried in state court and sentenced to death in 2000. In 2018, Ms. Ghezzi argued in front of the 10th Circuit Court of Appeals that Mr. Murphy was a tribal member who was alleged to have committed a crime on tribal land, meaning he should have been tried in federal court. The 10th Circuit ruled that Congress never disestablished the Creek Nation’s reservation, and Mr. Murphy should not have been tried in state court. 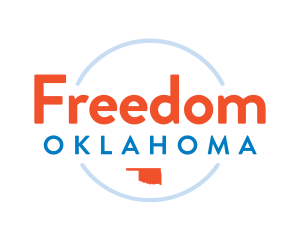 Freedom Oklahoma is Oklahoma’s sole statewide LGBTQ2S+ advocacy organization. They have a staff of five Oklahomans, working to secure lived equality and legal protection for lesbians, gays, bisexuals, transgender and queer people through advocacy, public education, coalition building and empowerment in the civic process. It envisions an Oklahoma in which every person has the guaranteed right to live an authentic life free of discrimination and inequity. Freedom Oklahoma is driven by the core belief that Oklahomans of every sexual orientation, gender expression and gender identity should have equal protection under the law and true and full lived equality in their home state. Through community partnerships and the support of Oklahoma’s diverse LGBTQ2S+ community and its allies, the organization is building an Oklahoma that is safe for all.

Telana McCullough chairs the OBA Diversity Committee and is a staff attorney at the Oklahoma Department of Education in Oklahoma City.