Trials and Tribulations From the Appellate Vantage Point 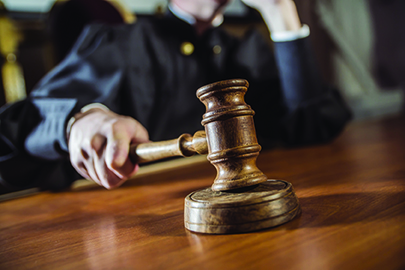 I was amazed when I first became an appellate judge to discover how little I knew from my trial judge experience about how to avoid getting reversed on appeal. As a trial judge, I got opinions stating: “This is an appeal from a decision by Judge Jane Wiseman – other grounds for reversal include...” Now I suppose it may depend, from your vantage point as a lawyer, on whether you want to keep the trial judge from committing reversible error or you want to introduce some to have something on appeal if your case is going south. I can’t say I’ve ever seen the latter situation, but I’m sure it’s not unheard of.

So now, as an appellate judge, I commend the following 11 precepts to your attention.

DO NOT NEGLECT THE STANDARD OF REVIEW

Not infrequently, we see briefs without any mention of the Standard of Review (SOR). Please don’t pick the one you think will help you the most. Every appellate opinion that I’ve ever seen has a reference to the applicable SOR, so you might as well show us that you’re on the same page as we are on that subject. I guess an interesting question would be whether there might be times in the trial court when mentioning how the trial court’s ruling on a given question might be reviewed on appeal. “You have great discretion on this issue, Judge, so don’t abuse it.” Or, “The law on this point is clear, Judge, and as a question of law, this will be reviewed de novo on appeal so we’ll have another shot at getting it right.” Clearly designed to endear you to the judge, I’m sure, but nevertheless an interesting question. I’m not sure how it would be received, but I certainly wish I’d been more cognizant of how my decision would be reviewed when I was on the trial bench.

MAKE SURE YOU HAVE AN APPEALABLE ORDER

When we give you a chance to keep your appeal alive and tell you in detail how to do it (by actually getting a final/appealable order), I would suggest that it’s not the most advisable practice to argue with us about who has jurisdiction and then make us dismiss your appeal so you can spend another $200 to refile. Chances are, if you get a show cause order, it’s something you need to go back to the trial court for in order to assuage our concerns about our appellate jurisdiction.

KEEP IN MIND: ‘MATTERS NOT FIRST PRESENTED TO THE TRIAL COURT ARE GENERALLY EXCLUDED FROM CONSIDERATION
BY AN APPELLATE FORUM’ 1

BE ALERT TO THE CONCEPT OF ‘INVITED ERROR’

We have recently had several cases raising this specter of “invited error:”

Parties to an action on appeal are not permitted to secure a reversal of a judgment upon error which they have invited, acquiesced or tacitly conceded in, or to assume an inconsistent position from that taken in the trial court. As we recognized in Union Texas Petroleum v. Corp. Comm’n, this is a well-settled rule which emanates from the very heart of the purpose served by an appeal. “To allow such a traverse in theory at the appellate level thwarts the very basis of the appellate process.”4

So, if you object to a witness sponsoring an exhibit or offering an opinion and the objection is overruled, how far can you go, in cross-examining the witness, before it becomes invited error if you venture into territory not covered on direct? I won’t say
this issue comes up frequently, but I just alert you to it as a
potential pitfall.

The next is a very specific recommendation pertaining to the record on appeal. In cases involving lengthy transcripts or multi-volume transcripts – divorce cases with numerous or complicated property division issues being foremost in mind – please have the court reporter include a word index. We spend a lot of time searching the record for every mention of a specific subject or topic, and the word index would be an invaluable time saver. If we had the new uniform case management system (still in the works), it would change some of that with online searchable documents, but, as you can well imagine, reading hundreds of pages of briefs and transcripts, whether in hard copy or online, is physically challenging, if not downright debilitating. If you make our review of your case easier by showing us, or at least making it possible for us to find all the places in the record where the contested issue or subject is mentioned, you increase your chances of success.

It would be interesting to know your views on the advisability of employing post-trial motions, particularly 12 O.S. §651 motions for new trial. Aren’t you concerned that you’ll inadvertently leave out an applicable ground and be precluded from raising it on appeal pursuant to 12 O.S. §991(b)? This states, “If a motion for a new trial be filed and a new trial denied, the movant may not, on the appeal, raise allegations of error that were available to him at the time of the filing of his motion for a new trial but were not therein asserted.” Make sure you cover all the ground needed.

We have had a rash of recent cases involving the trial court’s refusal to grant motions to vacate default judgments pursuant to
O.S. §1031.1. Perhaps this is the wrong audience to address this to, but if you are urging such a motion, I think it’s worth pointing out to the trial court that, with abuse of discretion being the SOR on such issues and the court’s discretion being so broad and wide-ranging under §1031.1, it is much easier to abuse one’s discretion in denying such a motion to vacate than it is by granting it. I’m not sure why we are having such an outbreak of these denials – maybe it’s due to illness and fatigue – the trial courts are just sick and tired of putting up with defaulting
parties – but it seems easier to me to allow such parties another chance, particularly when they have not had their day in court on the merits. Anyway, that’s “Wiseman on 1031.1” for what
it’s worth.

I cannot stress enough the much-neglected importance of the pretrial order on appeal. This is the script that the parties and the trial court should be following at trial. We shouldn’t have to guess whether a certain issue, theory of recovery, witness or exhibit constitutes a surprise on which reversal is sought. Sloppiness in the preparation of the pretrial order can have unpleasant consequences on appeal, for instance if we have to guess whether the exhibit listed by plaintiff is the same one defendant now seeks to have admitted under the all-encompassing categorical listing on defendant’s pretrial exhibit list, “All of plaintiff’s exhibits.”

Ignore these at your peril. If you don’t actually designate the instructions you contend are erroneous or if you fail to ensure they are included in the record, it can be fatal to this portion of your appeal. We have had some recently in which we could not determine whether there had been error in the giving or denying of certain instructions because the record was silent on their content. Make sure a written copy of your requested instructions that were denied is filed in the case, the trial court has marked them “denied” and you’ve made your record in the instruction conference with the court.

ATTORNEY FEES AND COSTS ON APPEAL

Although several years ago a change was instituted to the appellate rules regarding requests for costs and attorney fees (Rule 1.14) – they must now always be by separate motion – this is still violated with astonishing frequency. The change to a separate filing makes it easier to ensure that these applications are addressed and not overlooked, which they could easily be when raised in only one sentence in an appellate brief. If they are not requested by separate motion, they will either be denied or refused consideration as not in compliance with Rule 1.14.

REFERENCES TO THE TRIAL JUDGE

My final note is to be kind to the trial court – professionalism is also paramount at the appellate level. It serves no purpose to berate the trial court for its perceived shortcomings – your points should be made using the record and your brilliant legal arguments. Those former trial judges now on the appellate bench can read between the lines, and we can remember being excoriated in appellate print by unhappy attorneys on the losing end at trial. So, at least soften the tone and avoid adjectives in describing the judge’s conduct – let it speak for itself and use compelling precedent to show the error complained of.

I’ll end with a quote from Judge Alex Sanders, formerly the chief judge of the South Carolina Court of Appeals, who said, “More simply put, appellate courts in this state, like well-behaved children, do not speak unless spoken to and do not answer questions they are not asked.” I hope this has been helpful both at the trial and appellate levels. Thank you for wading through this!

Jane P. Wiseman is a judge of the Court of Civil Appeals in Tulsa. She received her J.D. from the TU College of Law. In 1977, she was appointed a special judge for Tulsa County. In 1981, the governor appointed her a district judge where she was assigned to the Family Division and then to the Civil Division. As a trial judge, she tried close to 1,000 jury trials. In March 2005, she was appointed to her current position by Gov. Brad Henry.