Building a Better Brief: Using Each Section of Your Appellate Brief to Make Your Case 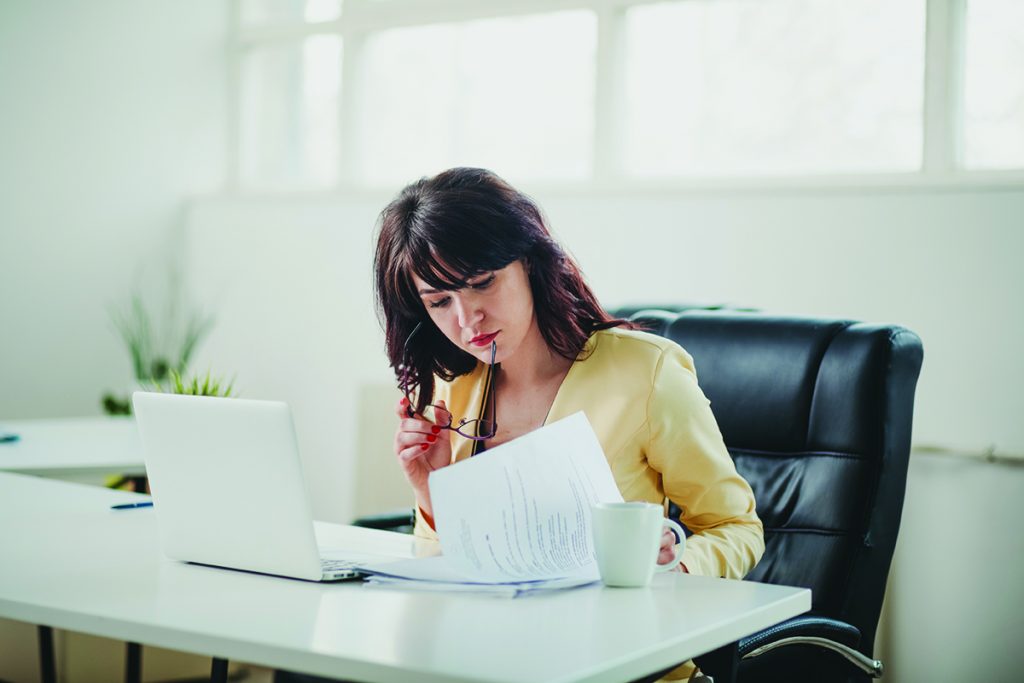 The ability to write persuasively is the appellate practitioner’s most important skill, particularly given that most appeals are decided without oral argument. In an Oklahoma civil appeal, you only have 30 pages to make your case,1 so it is imperative that you incorporate persuasive writing strategies into each section of your brief. Below are several suggestions for ensuring that your appellate brief is built to persuade.

The best appellate briefs not only present compelling legal arguments, they also tell compelling stories. Your arguments will be more memorable, more powerful and more convincing if the reader is engaged by a captivating story that helps them appreciate the significance of the case and understand the roles of the parties. Although it is not required by the Oklahoma Supreme Court Rules,2 you should always consider opening your appellate brief with a compelling introductory section that presents the story of your case. Some cases more easily lend themselves to captivating
storytelling than others, yet even the driest or most technical case can be made interesting with the right presentation. Take, for example, this excerpt from a brief written by experienced U.S. Supreme Court advocate Deepak Gupta, which manages to generate a compelling narrative out of a case concerning preemption and statutory interpretation:

Claiming that its arbitration agreement is more “consumer friendly” than others despite its class-action ban, AT&T seeks to transform a factbound state-law question of unconscionability into a question of federal preemption. But the question whether a contractual provision offends generally applicable state law is a matter that the Federal Arbitration Act (FAA) leaves to the States, so long as state law does not discriminate against arbitration … The California courts, like many others, have applied general contract law to hold that class-action bans in adhesion contracts that effectively exculpate defendants from liability are unenforceable, without regard to whether the bans are part of arbitration agreements. Because the applicable state law does not treat arbitration agreements “in a manner different from that in which it otherwise construes nonarbitration agreements,” Perry v. Thomas, 482 U.S. 483, 492 n.9 (1987), the FAA does not preempt it.

From reading AT&T’s brief, one might think California had struck out on its own in its approach to the enforceability of class-action bans. In fact, courts applying the general contract law of at least twenty States have held that provisions purporting to bar consumers or employees from pursuing classwide relief in any forum may be unenforceable. If California’s highest court has distorted its own common law, as AT&T contends, then so have the highest courts of Alabama, Illinois, Massachusetts, Missouri, New Jersey, New Mexico, North Carolina, South Carolina, West Virginia, and Washington. So too have courts applying the law of Arizona, Delaware, Florida, Georgia, Michigan, Ohio, Oregon, Pennsylvania, and Wisconsin. Even if the fidelity of these courts to state common-law principles were relevant to the issue of FAA preemption, it would be an unprecedented incursion on State sovereignty for this Court to conclude that so many States have been untrue to their own law.3

By using punchy language and providing context, the brief conveys a sense of urgency and righteousness that transforms an otherwise dull topic into an interesting case.

Like Mr. Gupta does above, your introduction should present the relevant facts and convey the theme of your case in a way that is persuasive, yet accurate and balanced. Moreover, by providing context, highlighting choice facts and framing your legal argument in a compelling way, the introduction can also start to counteract any assumptions the reader may harbor.

THE SUMMARY OF THE RECORD

Oklahoma Supreme Court Rule 1.11(e) requires each civil appeal to contain a Summary of the Record “setting forth the material parts of the pleadings, proceedings, facts and documents upon which the party relies, together with such other statements from the record as are necessary to a full understanding of the questions presented.”4 Of course, all facts stated “must be supported by citation to the record.”5

The summary of the record sets out the facts, and the facts must be accurate but that does not mean they have to be boring. Treat the summary of the record as an opportunity to expound on the compelling story you set up in the introduction. The key here is to present the relevant facts, while at the same time highlighting the facts (or absence of facts) that support your theme of the case and your legal arguments.6 Remember, however, that while you should strive to present the facts in a way that is persuasive and compelling, accuracy and completeness are the most crucial components. Taking liberties when summarizing the record will not go unnoticed by the court. Balance is important here – if the statement of facts is too argumentative or misleading in any way, your otherwise valid legal arguments may be discounted.7

You should also strive for clarity when summarizing the record, particularly for cases that involve complex factual situations or technical terminology. Unlike the attorney who is intimately familiar with every nuance of the lawsuit, the appellate court is approaching the case with a fresh set of eyes. Thus, it is necessary to lay out the facts of the case in a way that is clear and easy to follow. To do so, make liberal use of headings, incorporate visual diagrams such as timelines or maps when appropriate and use the real name of the client rather than the generic “appellant” or “appellee.” Stylistically, avoid legalese, excessive acronyms, clumsy sentence structure and wordiness. In one of his more well-known opinions, Chief Justice John Roberts demonstrates how using short, clear sentences and direct language provides a compelling yet clear summation of the facts:

Devlin spotted him: a lone man on the corner. Another approached. Quick exchange of words. Cash handed over; small objects handed back. Each man then quickly on his own way. Devlin knew the guy wasn’t buying bus tokens. He radioed a description and Officer Stein picked up the buyer. Sure enough: three bags of crack in the guy’s pocket. Head downtown and book him. Just another day at the office.8

While you may not want to be quite as cinematic as Chief Justice Roberts in your summary of the record, you should nevertheless strive for the same level of clarity and directness.

THE STANDARD OF REVIEW

It is axiomatic that an effective argument section must be well-written, accurate when characterizing the law, fair in its treatment of the facts and respectful of the lower court’s ruling. The best appellate briefs will also be concise and focused. Resist the temptation to include every conceivable argument that could be made, otherwise you risk overshadowing a winning argument.12 Instead, select your arguments carefully, organize them in a logical manner and ensure that each is meticulously supported by citation to authority.13

In presenting your arguments, pay particularly close attention to how you craft your headings. In addition to being required by the Oklahoma Supreme Court Rules,14 setting out your arguments in separate propositions provides you with another opportunity to advocate for your client. Headings and subheadings grab the reader’s attention and set the tone for the remainder of the section, so they must do more than simply introduce an abstract legal topic. Each heading should provide a persuasive summary of the main arguments. In crafting your main headings, best practices usually dictate that you should state the conclusion you want the court to reach and relate the key facts and reasoning supporting that conclusion.

Finally, do not discount the importance of proper spelling, grammar, citation and formatting. Poor writing or improper formatting will distract the reader and undermine the persuasive force of your legal argument. An appellate brief should always comply with the court’s rules and represent your best very work.

Every appellate brief should include a pithy and powerful conclusion. This is your last opportunity to present your case to the court, so be bold! Reiterate the story of your case in the most memorable and compelling way possible and confidently (but succinctly) reassert your main arguments.

Jennifer M. Warren is an attorney at the Rudnicki Firm, where she practices commercial litigation and is a member of the firm’s Appellate Practice Group. She is an adjunct professor at the OCU School of Law and a graduate of the OU College of Law and New York University.