By Kyle Rogers and John Holden 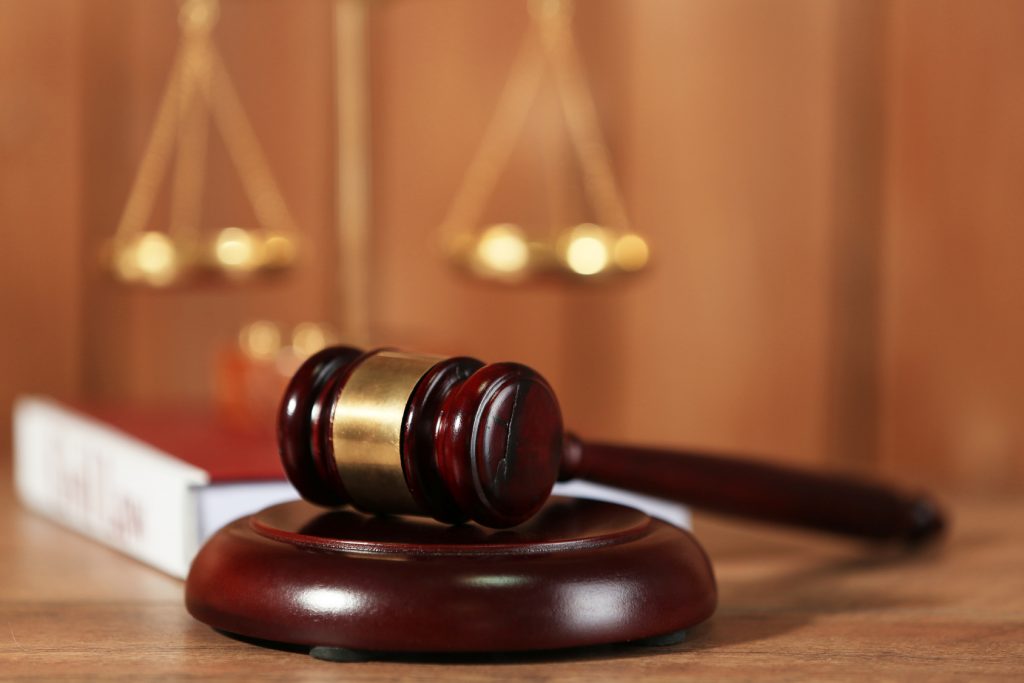 Petitioning the Supreme Court of Oklahoma for certiorari review of an opinion of the Court of Civil Appeals is a common part of appellate practice.1 This article aims to provide litigants and attorneys with some guidance on what they should and should not do as part of the certiorari process in order to maximize the chances of obtaining their desired outcome. The article provides a short summary of the Supreme Court’s certiorari procedure, provides suggestions on how best to comply with the court’s certiorari rules, sets out common pitfalls to avoid and discusses what to include in a petition for certiorari.

A BRIEF NOTE ON PROCEDURE
The Supreme Court will deny your petition for certiorari.2 Well, maybe not always, but that is perhaps the best way to view your chance of success on certiorari before the court. The court’s decision to grant certiorari to review a Court of Civil Appeals opinion is entirely discretionary.3 It takes five justices agreeing there is a special or important reason why the appeal should be addressed again.4 So, how can a litigant or attorney get the attention of the court on certiorari? It may first be helpful to understand how the court processes petitions for certiorari once filed.

After briefing is completed,5 the referee’s office will review the petition, response and reply. A referee will draft a memorandum to the court, analyzing the parties’ arguments and recommending whether the court should grant or deny certiorari. The court then randomly assigns the petition for certiorari to a justice to present in conference. Each justice reviews the certiorari briefing and referee’s memorandum. The court conferences and votes to grant or deny the petition for certiorari; there must be five justices who agree to grant certiorari. If the court grants certiorari, it will normally issue an order the same day. A justice in the majority voting to grant certiorari is assigned to write the opinion. The court’s assignment is confidential. Once the justice has completed the opinion, the justice places it back on the court’s docket where the justices conference and vote on the opinion. The court normally publishes its opinions on Tuesday.

Comply With All Formatting and Form Requirements

Rule 1.179 sets out detailed requirements for page limits, size and spacing. All litigants and attorneys should be aware of these requirements and conform to them when drafting and filing petitions, answers and replies on certiorari. Font size and line and margin spacing tend to be the requirements parties most often push. The court may strike petitions, answers or replies that do not follow these formatting rules. Additionally, formatting the petition or answer in smaller font, with smaller margins, or in less than double spacing makes the filing harder to read for its intended recipients – not the best strategy when certiorari is entirely discretionary.

Stress the Reason the Court Should Grant Certiorari

Rule 1.178 provides examples of the “special and important reasons” the court may consider in choosing whether to grant certiorari.6 We examine those reasons in more depth later. While not exclusive, those examples indicate the character of reasons which the court will consider. The reasons justifying the court’s review on certiorari should be outlined in accordance with Rule 1.179(a) and should be stated accurately, briefly and clearly.7 A litigant or attorney should also tie those special and important reasons into the argument throughout the petition.

Raise All Issues the Court Should Consider on Certiorari

Rule 1.179 uses the term concise four separate times.10 The court appreciates brevity and clarity – so much so that a party’s failure to present the petition with accuracy, brevity and clarity is a sufficient reason to deny the petition.11 Extraneous language and argument should be avoided; hyperbole is frowned upon. As with all legal writing, attorneys and litigants should provide structure to their argument and tie points together in a coherent and succinct fashion.

PITFALLS TO AVOID ON CERTIORARI
The court only grants certiorari for appeals when a majority of the justices agree a petition presents special or important reasons. The court has spelled out four of those reasons in Rule 1.178(a) as to why it may grant certiorari, but these reasons are neither controlling nor determinative to the court. Here are some notable pitfalls we see in many petitions that attorneys or litigants should avoid altogether.

Seeking a Second Review of the Facts

Do not reargue the facts in the petition. A party is entitled to only one review of the factual findings. Certiorari is entirely discretionary, and the Supreme Court rarely entertains a petition because a party contends factual findings are incorrect. While a concise statement of fact containing the matters material to the questions presented is a requirement in a petition,12 litigants should avoid extraneous facts and unnecessary citation to the record on appeal. Unless directly relevant to one of the criteria set out in Rule 1.178, certiorari filings are not the place to assert the Court of Civil Appeals or the district court incorrectly weighed certain facts or made incorrect factual findings.

Discussing the Merits of the Appeal

Litigants and attorneys should not address the merits of the appeal in filings on certiorari but rather should limit their arguments to the reasons in favor of or against the court granting certiorari set out in Rule 1.178. Similarly to the court’s distaste for rearguing the facts, a discussion of the merits should be included only as necessary to provide proper context for the reasons for certiorari review. While it may prove difficult to ignore the merits, litigants or attorneys should keep in mind the spirit of the rule – an examination for the reason that certiorari is appropriate before the Supreme Court.

Copying and Pasting Your Prior Brief

Certiorari is not meant to be a third bite at the proverbial apple. A common mistake in petitions is a party simply repeats all arguments made before the Court of Civil Appeals. Appellate attorneys should avoid this practice as it is not only unnecessary as it does not follow Rule 1.178(a), but the petition includes the opinion from the Court of Civil Appeals. The court can pretty easily deduce those arguments from the opinion.13 The Supreme Court does not consider prior appellate briefs, the record on appeal, petitions for rehearing or other motions filed in the appeal when examining a petition for certiorari.14 Litigants or attorneys may be tempted to then reurge failed arguments hoping to find a receptive audience with the court. This is a poor strategy and most likely a missed opportunity to engage the court on certiorari. Rule 1.178(a) expresses exactly how the court wants to use its discretionary authority to grant certiorari – not by re-examining past arguments but considering novel legal issues or conflicts in Court of Civil Appeals’ divisions.

THE CONTENTS OF THE PETITION
Rule 1.178(a) is not an exhaustive list of reasons for certiorari,15 but the rule seeks to impart on litigants or attorneys that certiorari should present compelling legal issues worthy of the court’s writ of certiorari. Parties filing petitions for certiorari commonly make two mistakes. The first, ignoring Rule 1.178(a) entirely. Do not do this. It is a disservice to the client and the court. The second, forcing the petition’s argument into two or three of the reasons outlined in Rule 1.178(a). This second strategy many times weakens a petition as the reasons in Rule 1.178(a) were not written to build upon each other. A petition that argues the court is faced with a novel legal issue and that the Court of Civil Appeals failed to apply precedent many times creates a contradiction in your arguments. We encourage a party to select one of the reasons in Rule 1.178(a) to make the strongest argument on certiorari.16 Keep in mind the court values brevity in the certiorari process.

The first special and important reason for certiorari is “[w]here the Court of Civil Appeals has decided a question of substance not heretofore determined by this court.”17 More commonly recognized as a question of first impression or novel legal issue.18 Additionally, in our personal view alone, Rule 1.178(a)(1) can include questions of substance in an area of the law that is changing or has significantly changed but the court has yet to address that change.19

Conflict Between Divisions of the Court of Civil Appeals

The court’s third stated reason for certiorari is “[w]here a division of the Court of Civil Appeals has rendered a decision in conflict with the decision of another division of that court.”21 This reason is fairly self-explanatory, yet many litigants and attorneys simply cite two or three Court of Civil Appeals’ decisions without further explanation. If Rule 1.178(a)(3) is the basis for the certiorari petition, explain the conflicting opinions in detail. Many times, these lower appellate court decisions differ in key ways and a litigant or attorney fails to highlight the differences or explain why the differences do not matter. A repeated example where the Supreme Court has invoked Rule 1.178(a)(3) is where divisions of the Court of Civil Appeals have issued conflicting opinions interpreting the same statute.22

The final reason for certiorari is rarely invoked by the court in published opinions, “[w]here the Court of Civil Appeals has so far departed from the accepted and usual course of judicial proceedings or so far sanctioned such procedure by a trial court as to call for the exercise of this Court’s power of supervision.”23 There are not hard and fast examples in the authors’ experience, but the rule’s plain language perhaps provides the best example, a blatant misapplication of court procedure or an outcome far outside the normal course of judicial proceedings.

CONCLUSION
The best advice the authors can leave to a litigant or attorney for drafting a petition for certiorari is to be concise, accurate and clear and focus on the court’s stated reasons for granting certiorari in Rule 1.178(a). If a litigant or attorney applies that advice to the petition, he or she will have a better chance at getting the justices’ attention and at achieving the desired outcome in the certiorari process.

John Holden is a referee at the Supreme Court of Oklahoma. Prior to assuming that role, he served for several years as a Supreme Court staff attorney. He is a graduate of Boston College Law School and Duke University.

A review of an opinion of the Court of Civil Appeals in the Supreme Court on writ of certiorari as provided in 20 O.S. § 30.1 is a matter of sound judicial discretion and will be granted only when there are special and important reasons and a majority of the justices direct that certiorari be granted. The following, while neither controlling nor fully measuring the Supreme Court’s discretion, indicate the character of reasons which will be considered: