Municipal Planning and Zoning: An Overview of State Statutes and Standards for Review

The idea of the Planning Commission originated in the Standard Planning and Zoning Enabling Acts.1 These were developed under Herbert Hoover in the 1920s when he served as secretary of commerce.2 The model ordinances were drafted in order to standardize land use planning procedures across the United States.3 Almost all states adopted the Standard Acts, which authorized cities, towns and counties to establish planning commissions and adopt zoning and subdivision requirements. The acts defined and established essential duties of the planning commissions and boards of zoning appeals or adjustment.4

The purpose of zoning regulations is to promote the health, safety and welfare of Oklahoma communities. This generally requires boards and commissions to weigh the rights of those seeking rezoning or a particular land use with the rights of nearby property owners. Most citizens, however, do not think much about planning and zoning decisions until their own properties are impacted. This article provides a basic summary of state statutes and a basic overview of the standards for review, particularly at the trial court level.

Municipalities are authorized to enact zoning regulations to promote the health, safety and welfare of the community.5 However, in order to enforce zoning codes, cities and towns must have both a Planning Commission (Zoning Commission) and a Board of Adjustment.6 The municipality's power to enact zoning ordinances is legislative, while the Board of Adjustment's power is adjudicative in nature.7 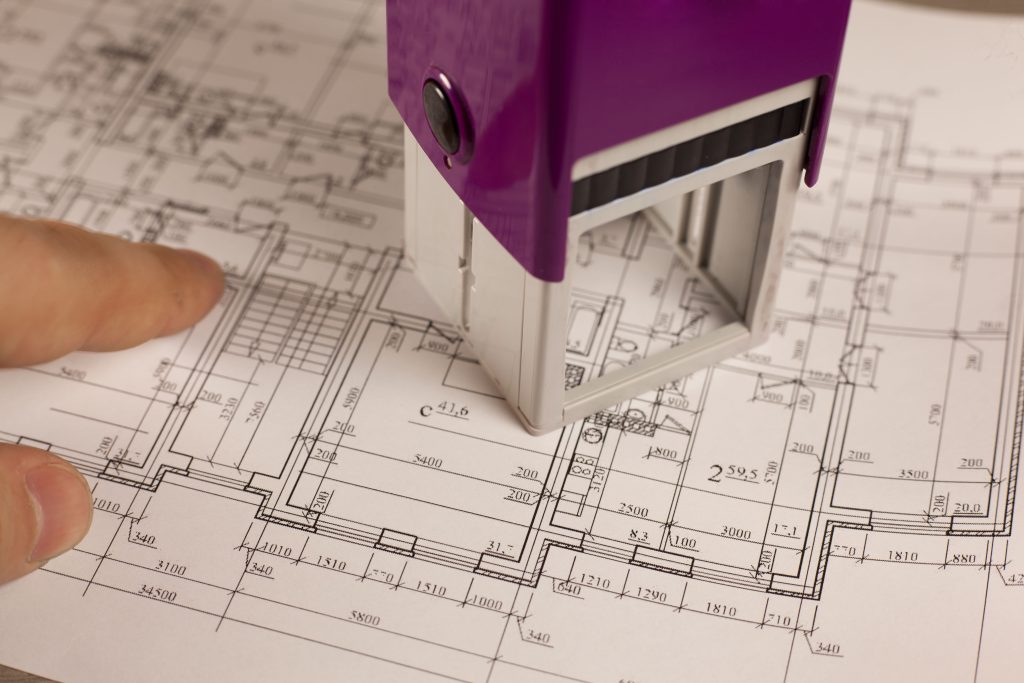 The Planning Commission is tasked with recommending the boundaries of the various original districts as well as appropriate regulations to be enforced therein.8 The commission consists of not less than five citizens, all of whom must be residents of the municipality.9 The members are to be nominated by the mayor and confirmed by the governing body.10 Each member serves for a term of three years, with appointments to fill vacancies for any unexpired term.11 Planning Commission members serve without pay, except in cities having a population of more than 200,000, and in that case, the commissioners may receive per diem as set by the governing body.12 In addition to the duties set forth in 11 O.S. §45-101 through 45-106, highlighted duties and responsibilities of the Planning Commission include making recommendations to the governing body on community development issues, including:

There are some very basic legal standards to consider when advising a planning commission, governing body or private client. One of the most important is that the Oklahoma Supreme Court has consistently held that unless a zoning decision of a municipality is found not to have a substantial relation to the public health, safety, morals or general welfare or to constitute an unreasonable, arbitrary exercise of the police power, its judgments will not be overturned by the district court.13 Also, courts may not substitute their judgment for that of the municipal legislative body.14 The court’s duty will be to determine whether the restriction on the use of the property is a reasonable exercise of power under the zoning statute.15 When the validity of a legislative classification for zoning purposes is fairly debatable, legislative judgments must be allowed to stand.16

In representing public bodies, the best way to explain to elected and appointed officials how to evaluate planning and zoning matters is to ensure that decisions are not arbitrary but based upon good reasons for approval or denial. This standard was highlighted in McNair v. City of Oklahoma City.17 In McNair, the Oklahoma Supreme Court held, “When the validity of a municipal zoning ordinance is challenged, it is the duty of the Court to determine whether passage of such ordinance is an arbitrary, unreasonable and capricious exercise of the police power.”18

Practitioners also need to be aware that imposition of a particular zoning regulation, if not thoughtfully considered, can constitute a taking without just compensation. A government taking is generally thought of as a physical taking of a landowner’s property. However, if a regulation goes too far, it will be recognized as a taking. Regulatory takings were first recognized by the United States Supreme Court in 1922.19 A regulatory taking occurs when a governmental regulation limits the use of private property to such a degree that it effectively deprives the property of any value.20 The United States Supreme Court has recognized regulatory takings in two situations: 1) when a regulation leaves the landowner with no economically viable use of the land (also known as a categorical taking) and 2) based upon the balancing test established in Penn Central Transportation Co. v. New York City.21

A categorical taking occurs when a regulation denies all economically beneficial or productive use of land.22 For example, in Lucas v. S.C. Coastal Council, the United States Supreme Court held that a law prohibiting the owner of beachfront property from erecting any permanent structures rendered the property valueless, which therefore resulted in an unconstitutional taking.23

If the regulation does not deprive the property of all economic value, courts will analyze the regulation under the Penn Central balancing test.24 Penn Central is arguably one of the more interesting land use cases to be decided by the United States Supreme Court. It involved a challenge to New York City’s landmark preservations law, which prevented the Penn Central Transportation Company from constructing a skyscraper on top of Grand Central Station.25 The court determined that a city will not be required to pay compensation to a property owner under the Takings Clause of the Fifth Amendment when it designates the property as a landmark and limits its development.26 In so ruling, the Supreme Court established a three-part balancing test that requires consideration of 1) the character of the state action, 2) the economic impact of the regulation and 3) the extent to which the regulation has interfered with a distinct investment-backed expectation.27

Some of the most contentious cases involve applications to rezone property from residential to commercial development. There were several cases that were decided in the 1980s by the Oklahoma Supreme Court and the Oklahoma Court of Civil Appeals that highlighted matters that remain relevant today. One such case is Lynch v. City of Oklahoma City.28 The Lynch case involved two sisters who inherited property with the family home from their mother. The home was torn down after the death of the mother due to vandalism. It stood vacant for several years, during which time the sisters continuously attempted to sell the property, which was on a corner lot adjacent to an existing strip shopping center. The owner of the strip center offered to purchase the property subject to the lot being successfully rezoned to commercial.29 Several blocks in this area had strip centers zoned for various levels of commercial usage.30 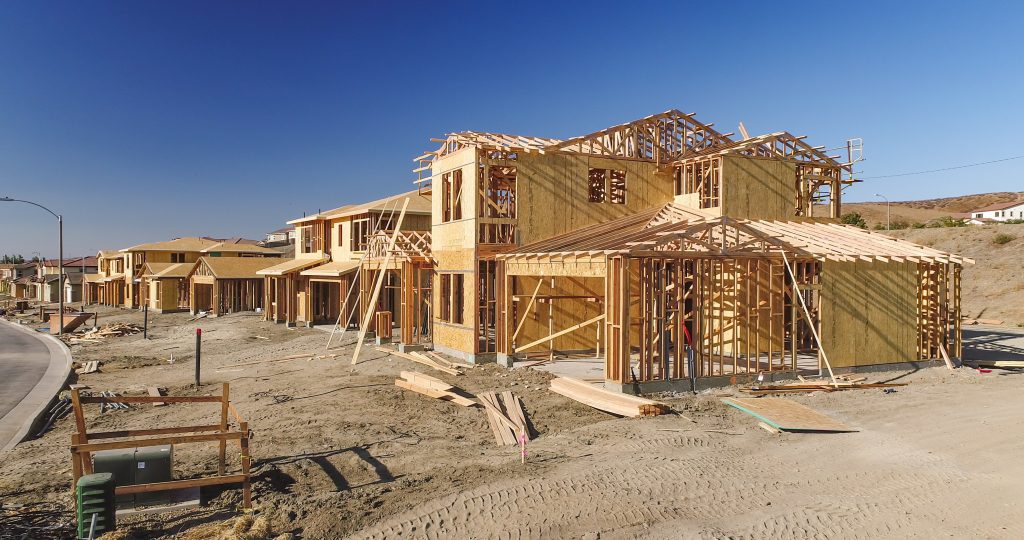 The sisters made application to the city to rezone the lot and asked that the single-family dwelling classification be rezoned to local commercial.31 Intervenors Maureen Anderson and Putnam Heights Preservation Area Inc. entered the case in support of the city and strenuously objected to the rezoning application.32 After a full hearing before the City Council, the application was denied.33 The sisters filed suit in Oklahoma County District Court, challenging the decision by the City Council and sought injunctive relief to prohibit the city from interfering with their use of the lot for uses found within the requested commercial zoning classification.34 The trial court enjoined the city from enforcing the residential zoning and ordered rezoning of the property to commercial with a list of prohibited uses and other restrictions.35 The Court of Appeals upheld the order of the trial court, enjoining the city from enforcing residential development, but reversed and remanded with instructions to vacate the portion of the order rezoning the property to a particular commercial category.36

In its opinion, the court noted that the standards by which the trial court’s exercise discretion must be guided in zoning matters were clearly and succinctly set out in Garrett v. City of Oklahoma City.37 It also provided a reminder that, “In rezoning actions of this kind, the Court must look beyond the findings and conclusions of the trial court and consider the basic physical facts appearing in the record to ascertain whether the reasonableness of the ordinance is fairly debatable.”38

It is interesting that many elements of the Lynch case remain relevant 40 years later. There were property owners struggling with changing development in the area and, originally, an inability to make it viable for use in the then-current market. There were also surrounding property owners who meticulously worked to maintain the integrity of their homes and neighborhood and vehemently opposed increased intrusion of commercial development. The trial judge attempted to fashion a remedy allowing commercial use subject to restrictions that addressed many of the concerns raised by the city and neighborhood residents. The record does not reflect ultimate resolution following remand. It does, however, highlight the competing interests of landowners seeking rezoning and the impact on their neighbors.

Pursuant to state statute, the Board of Adjustment consists of five members, each appointed for a term of three years.39 Board members are removable for cause by the governing body upon written charges and after a public hearing.40 Vacancies are filled for any unexpired term.41 The Board of Adjustment is statutorily responsible to hear and decide 1) appeals of decisions made by an administrative official in the enforcement of any zoning ordinance, 2) special exceptions to zoning ordinances and 3) variances from the terms, standards and criteria pertaining to an allowed use category within a zoning district.42 One of the most important roles, however, is to review and consider variances to the zoning code. A variance from the terms, standards and criteria of an allowed use category within a zoning district authorized by the zoning code may be granted only upon a finding that:

Appealing decisions from the Board of Adjustment is different than review of other types of municipal decisions because the time limits for appeal are set by ordinance rather than state statute.44 Additionally, notice of appeal must be filed with both the municipal clerk and the clerk of the Board of Adjustment and set out the grounds for the appeal.45 Upon receipt of the notice of appeal, the board must file all records pertaining to the record to the district court clerk.46 The matter is then tried de novo by the court.47

One of the more recent cases on appeals from a Board of Adjustment is Mustang Run Wind Project, LLC v. Osage County Board of Adjustment.48 Although this case involved an appeal from the decision of a county Board of Adjustment to deny a request for a conditional use permit,49 the reasoning of the court is no less instructive. Citing the United States Supreme Court in City of Edmonds v. Oxford House, Inc., the Mustang Run Wind court noted, “Land use restrictions aim to prevent problems caused by the ‘pig in the parlor instead of in the barnyard.’”50 Decisions of the board cannot be arbitrary or unreasonable and must be based upon the evidence submitted and fixed premises.51 In evaluating conditional use permits, the decision of the Board of Adjustment is not legislative but quasi-judicial based upon facts presented.52

Planning and zoning are critically important to the orderly development of all communities. In summary, planning commissions, boards of adjustment and governing bodies must carefully consider the relevant facts and the standards very generally discussed in this article and ensure compliance with state statutes and notice requirements. Following these standards will help ensure the due process rights of applicants and facilitate development that is in the best interests of the health, safety and welfare of the community.