The Insolvency Exclusion that Debt Settlement Clients Need to Know

In conjunction with the COVID-19 pandemic wreaking havoc on the American economy and causing the highest unemployment rates since the Great Depression, Americans are finding themselves struggling with overwhelming consumer debt. While some consumers already had significant credit card debt prior to the pandemic, others have been relying on credit cards throughout the pandemic and will feel the full effect of the crippling interest rates in the years to come. Although many economists expect bankruptcy rates to increase dramatically, there are favorable alternatives available for those who live in states with unfavorable bankruptcy exemptions. There are also options for those who are trying to avoid bankruptcy altogether, whether due to the additional expense involved or because some consumers still feel an obligation to pay at least some portion of the debts they owe. 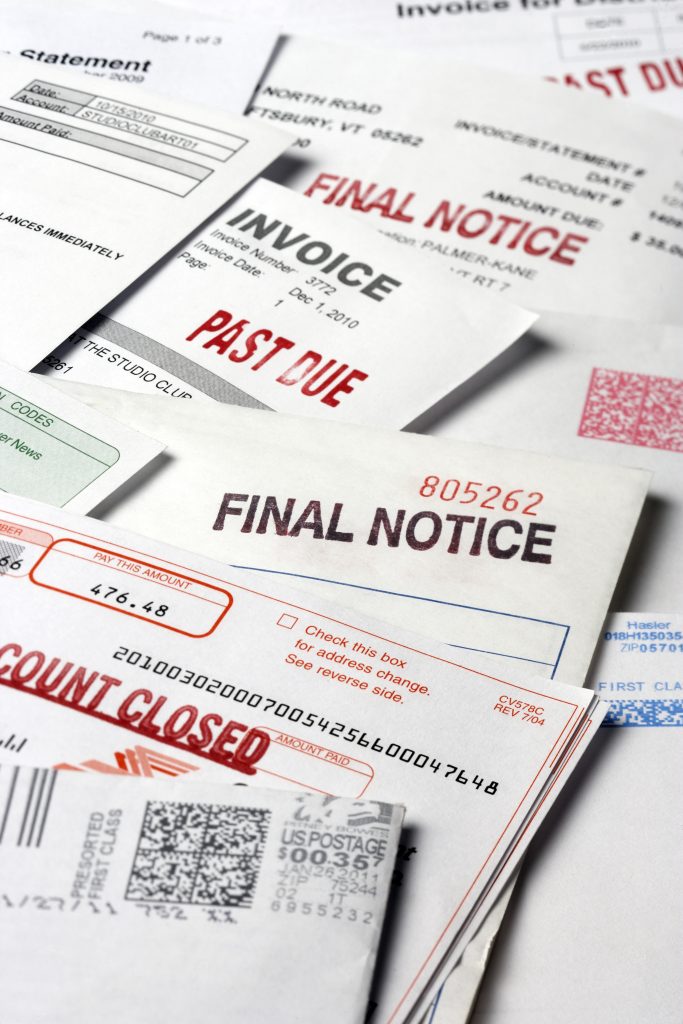 These debt settlement programs can be beneficial for consumers, but the forgiveness of any portion of a debt has potentially adverse tax consequences. The United States Internal Revenue Code (IRC) generally defines any income from a discharge of indebtedness as income that must be included in a taxpayer’s gross income.1 The Internal Revenue Service (IRS) requires creditors to file a Form 1099-C for each debtor for whom the creditor canceled $600 or more of a debt owed.2 The requirement to file a Form 1099-C is only triggered when the canceled debt is more than $600; however, any amount of canceled debt generally needs to be included in the taxpayer’s income. The Form 1099-C is sent to both the IRS and the debtor to report the amount of canceled debt as income to the debtor. The debtor would then report the canceled debt amount on the Form 1099-C on their individual income tax return. Many debt settlement program clients are unaware of the potential tax consequences of canceled debt. Often, they are surprised when they receive a Form 1099-C from their creditors or when they receive a deficiency notice from the IRS upon a failure to report the canceled debt as income. The consequences to an individual taxpayer could result in more than just additional income tax owed. In fact, some taxpayers will find they no longer qualify for certain lower income tax credits when the canceled debt amount is added to their gross income.

Fortunately, the IRS has carved out several exclusions that, if applicable, can reduce the amount of canceled debt that would be reported as income.3One such exclusion is based on the individual taxpayer’s insolvency at the time the debt was canceled.4 For the purposes of this exclusion, insolvency is defined as “the excess of liabilities over the fair market value of assets.”5 The IRS specifically limits the insolvency exclusion to the extent the taxpayer’s liabilities were in excess of the fair market value of their assets immediately before the cancelation of the debt.6 For example, if a taxpayer received a Form 1099-C from a creditor reporting $1,500 of canceled debt, and the taxpayer’s liabilities exceeded the fair market value of their assets by $800 immediately before the cancelation of that debt, the taxpayer would be able to exclude $800 of the canceled debt from their gross income. However, the remaining $700 would still need to be reported as income.

To claim a canceled debt amount should be excluded from gross income, the taxpayer needs to complete IRS Form 982 and attach the completed form to their return. Form 982 notifies the IRS of the amount of canceled debt that should be excluded from the gross income and under which exclusion. Since the creditor is required to report the canceled debt to the IRS via a Form 1099-C, a taxpayer’s failure to attach the Form 982 to their tax return will often result in an income tax deficiency notice. Further, it is important to note that excluding the canceled debt from gross income based on insolvency also requires that the taxpayer reduce certain tax attributes in an amount equal to the excluded canceled debt income but not below zero. The following tax attributes (if claimed) are generally required to be reduced in the following order: 1) net operating losses, 2) general business credit carryovers, 3) minimum tax credits, 4) net capital loss carryovers, 5) basis of property, 6) passive activity loss and credit carryovers and 7) foreign tax credits. These reductions would occur on a dollar-for-dollar basis with the exception of tax credits that are reduced by one-third of the canceled debt income excluded.

Most debt settlement programs provide some type of disclosure to their clients that the cancelation or reduction of consumer debts ­­may result in tax consequences. The clients are encouraged to seek the advice of a tax professional when filing income tax returns throughout the duration of their debt settlement program. Unfortunately, many consumers who turn to debt settlement programs do not have the ability to pay for a professional tax preparer or tax attorney. There are also many scenarios where a debt settlement program client will fail to disclose the receipt of a Form 1099-C even when they do seek the assistance of a tax professional. Further, taxpayers may receive a Form 1099-C and assume that since the creditor has reported the cancelation of debt to the IRS, nothing further is needed from the taxpayer. However, a larger concern arises when taxpayers receive a Form 1099-C and report the canceled debt as income on their individual income tax return, despite being qualified for the insolvency exclusion, simply because taxpayers are generally unaware the insolvency exclusion exists. “Free versions” of standardized, online tax preparation programs typically only ask if a Form 1099-C was received and do not work through the steps to determine if an exclusion exists.