Civil Liability of Parking Valets and Their Employers Under Oklahoma Law 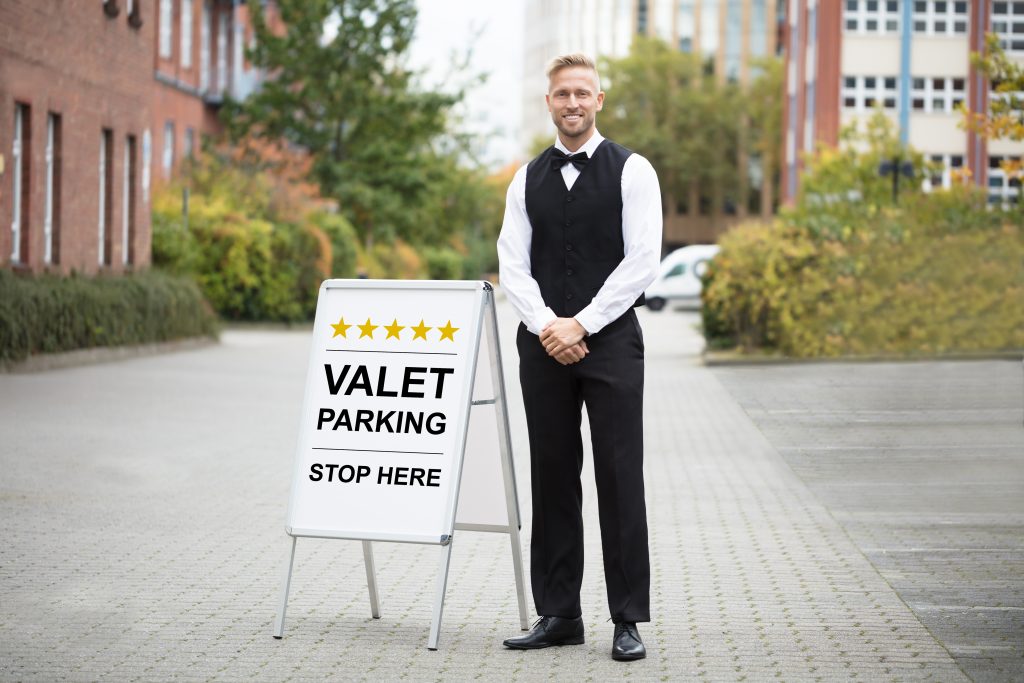 On Oct. 8, 2012, Thyce Colyn was severely injured when a car driven by a parking valet collided with Mr. Colyn when he was riding his bicycle. The court ruled the valet’s employer, Standard Parking, was fully liable, and a jury awarded Mr. Colyn over $38 million.1

Valet parking can increase customer satisfaction. A Vanderbilt University Medical Center survey found that customer satisfaction improved after the facility instituted valet parking. Informally, patient compliments about the parking further confirmed the survey results. The positive feedback from patients, in turn, raised morale among the employees and enabled the staff to provide better services than before.2 This article analyzes the potential liability that parking valets, and the valets’ employers, can incur under Oklahoma law.

Okla. Stat. Tit. 15 §459 says that the duties and liabilities of a bailee are subject to the general laws of the state. One “general law” of the state of Oklahoma, regarding care of property, is the law of negligence. To prove negligence, a plaintiff must prove:

The first element listed above, “duty of care,” is important here. Although the duties of a bailee are subject to the general law of the state, Oklahoma has enacted laws defining the duty of care a bailee owes. This level of care depends on whether a bailee is a “gratuitous bailee” or a “bailee for hire.”

If a valet is a volunteer for a nonprofit or charitable organization, the liability of a valet would be limited by Okla. Stat. Tit. 76 §31(A), which reads:

If a valet is acting in good faith, within the scope of his official functions and duties for a charitable or nonprofit organization and the damage to an automobile is not caused by gross negligence or willful and wanton misconduct, then the valet would not be personally liable.

LIABILITY OF A VALET FOR DAMAGE TO AN AUTOMOBILE
If a valet breached the duty of care he owed to preserve a vehicle and his breach of the duty caused harm to the vehicle, then the valet would be liable to the owner of the vehicle.

If a vehicle was lost or injured “during its deposit” and the valet did not inform the bailor how the loss or injury occurred or misrepresented the circumstances of the vehicle’s injury or loss, the valet will be presumed to have acted willfully or with gross negligence. The valet would then be liable. Note also the words “during its deposit.” This means that the valet could potentially be liable for any loss or injury to a vehicle from the moment the vehicle was entrusted to the valet until the vehicle was returned to its owner. This statute would be relevant if the valet is a volunteer for a nonprofit because, as noted previously, Okla. Stat. Tit. 76 §31(A) does not immunize a nonprofit volunteer valet from liability if the valet acted with gross negligence.

A bailee is liable for any damage happening to the thing bailed during his wrongful use thereof, unless such damage must inevitably have happened, though the property had not been thus used.

If the valet wrongfully uses a vehicle, then the valet would be liable.

The liabilities of a bailee for negligence shall not exceed the amount which he is informed by the bailor, or has reason to suppose, the thing bailed is worth.

LIABILITY OF A VALET FOR ANY INJURY CAUSED BY THE VALET’S DRIVING
In Dirickson v. Mings9 the court held:

Thus, if a valet is driving a vehicle and does not use the degree of care which is reasonable and prudent under the circumstances and any harm results (through a collision or otherwise), the valet would be liable to the person who suffered harm.

LIABILITY OF A CORPORATION FOR ANY ACTIONS OF A VALET
Oklahoma has long recognized the law of respondeat superior. Respondeat superior is the doctrine that an employer is liable for the negligence of an employee if the employee’s tortious act was committed in the course of employment and within the employee’s authority.10 If a valet is a paid employee of a corporation, the corporation is liable for the valet’s negligence.

A nonprofit corporation is also liable for a valet’s negligence, even if the valet is a volunteer. Okla. Stat. Tit. 76 §31(B) reads,

In any civil action against a charitable organization or not-for-profit corporation for damages based upon the conduct of a volunteer, the doctrine of respondeat superior shall apply, notwithstanding the immunity granted to the volunteer in subsection A of this section.

A further theory, under which a corporation could be liable for the conduct of a parking valet, is negligent entrustment:

Negligent entrustment of an automobile occurs when the automobile is supplied, directly or through a third person, for the use of another whom the supplier knows, or should know, because of youth, inexperience, or otherwise, is likely to use it in a manner involving unreasonable risk of bodily harm to others, with liability for the harm caused thereby.12

ABOUT THE AUTHOR
Kyle Persaud is the founder of Persaud Law Office where he currently serves the residents of Bartlesville with their legal needs. His main areas of practice include civil, family, estate planning/probate and appellate law. Kyle Persaud received his B.A. from Oklahoma Wesleyan University and his J.D. from the TU College of Law.