‘This Land Is Whose Land?’: An Update on McGirt and the Energy Sector in Oklahoma

More than a year has passed since the landmark case of McGirt v. Oklahoma was decided by the United States Supreme Court. In that span of time, the Oklahoma Court of Criminal Appeals has determined the reservations of the remaining Five Tribes were also never disestablished by Congress.1 As a result, questions about McGirt’s impact have become more prevalent and more important. Over 19 million acres in the state of Oklahoma are now “Indian country” under federal law.2

According to Justice Neil Gorsuch, the author of the majority opinion, the holding in McGirt was limited to the criminal context and, more specifically, the Major Crimes Act.3 The case in no way involved civil jurisdiction, whether exercised by the Muscogee Nation, the state or the federal government. But, surely, a significant change in land status must have some effect outside the narrow context outlined by the court. How much of an effect, however, remains to be seen, and the landscape is just beginning to set.

The Oklahoma Corporation Commission (OCC) is vested by Oklahoma law with exclusive jurisdiction over many areas of oil and gas regulation within the state.4 Almost immediately following the McGirt decision, however, the OCC’s jurisdiction was expressly challenged. In April 2020, Calyx Energy applied to the OCC for approval to drill multi-unit horizontal wells in Hughes County.5In early May, Canaan Resources X filed a protest to each of Calyx’s applications with the OCC.6 After the OCC consolidated the protests, but before any hearings on the merits, the U.S. Supreme Court issued its decision in McGirt, in a sense reestablishing the Muscogee Nation Reservation.7 Because the land at issue located in Hughes County is situated within the boundaries of the Muscogee Reservation, Canaan filed a motion to dismiss for lack of jurisdiction, arguing the OCC now lacked the authority to hear the case.8Following oral argument on the motion, the OCC concluded McGirt had no effect on its jurisdiction within “Indian country” and denied Canaan’s motion to dismiss.9 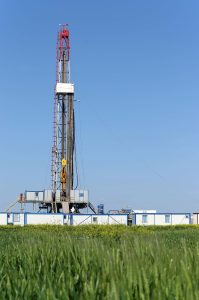 In its order, the OCC distinguished the many Indian law cases cited by Canaan to support its position. According to the commission, cases like Solem v. Bartlett10 and Montana v. United States11 – both Indian law staples – had no ultimate effect on the OCC’s ability to regulate oil and gas within the state. Most of the commission’s analysis concerned the differences between the types of lands at issue in McGirt and the types involved in the cited cases.

These three land types are prevalent in Indian law, but what are the differences? Fee land is land owned outright with no restriction on alienation whatsoever. Such title is “without bounds, limitations, or condition12 and includes land owned by Indians and non-Indians alike. Restricted fee land is different. Restricted fee land is “owned by an individual Native American or Indian tribe which has a restriction on alienation, requiring the consent of the U.S. government (the Secretary of the Interior) before the land can be sold or alienated.”13 Lastly, and most commonly involved in Indian law cases, is trust land. With trust land, the United States government holds legal title as trustee for the benefit of an Indian tribe or individual Native American.14 Due to the fact trust land is owned by the federal government, the Supremacy Clause precludes any state or local regulation on land use.15 To summarize, while fee land can be alienated and is subject to state and local land-use regulations, both restricted fee land and trust land have barriers to alienation and are not subject to such regulations.

So, what type of land was at issue in Calyx Energy v. Canaan Resources? Although the lands in question are located within the exterior boundaries of the Muscogee Reservation, most of the lands are held in fee simple with no ties to any tribe or individual Native American. According to the commission, within the disputed area, “Only one restricted Indian lease is held in trust by the United States Government.16 In other words, because no restricted fee land or trust land is involved in the multi-unit horizontal well applications, any challenge of the commission’s jurisdiction is misplaced.

The Oklahoma Supreme Court decided to take matters into its own hands and retained the matter for disposition in December 2020.17 Since then, the case was tied up and stayed two separate times due to receivership proceedings involving Canaan and only recently was dismissed by the court after the parties settled out of court.18 With this case off the docket and no definitive answer from the Oklahoma Supreme Court, the question of the OCC’s jurisdiction in light of McGirt remains an open one – at least for now.

GOV. STITT AND THE DEPARTMENT OF THE INTERIOR

Congress enacted the Surface Mining Control and Reclamation Act of 1977 (SMCRA)19 to address the environmental impacts of coal mining in the United States.20 Under the act, the Office of Surface Mining Reclamation and Enforcement (OSMRE), a branch of the U.S. Department of the Interior (DOI), serves in the federal oversight role while the states retain jurisdiction to enforce it, subject to a few exceptions.21 Section 1253 of the SMCRA gives states exclusive jurisdiction to regulate “surface coal mining operations on non-Federal lands” unless otherwise provided for, so long as each state can demonstrate its capability to do so.22 In May 2021, the OSMRE announced the McGirt decision “necessarily forecloses the State of Oklahoma’s authority to implement the [SMCRA] on Indian Lands within the exterior boundaries of the Muscogee (Creek) Nation Reservation.”23 More recently, in October 2021, the OSMRE similarly disclaimed Oklahoma’s jurisdiction over lands within the exterior boundaries of the Cherokee and Choctaw reservations as well.24 In both notices, the OSMRE stated it now serves as “the sole regulatory authority over surface coal mining and reclamation operations on Indian lands where a tribe has not obtained primacy.25

In response to the initial notice in May, Mike Hunter, Oklahoma’s attorney general at the time, notified the state agencies affected by these decisions not to “comply with it without further discussion.”26 In a letter to the OSMRE, the attorney general outlined his thoughts on the notice and gave the reasons he believed the OSMRE was in the wrong. “On review,” he states, “it appears OSMRE’s assertion of sole and exclusive jurisdiction is not well-supported by the legal citations offered in your letters.”27 The theme of his response was that Oklahoma as a state retains “inherent authority” over the lands involved in McGirt “regardless of the actions of [the OSMRE].”28 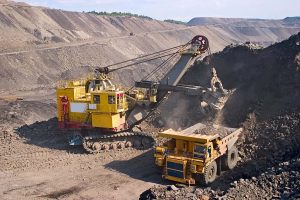 Oklahoma Gov. Kevin Stitt, in his official capacity and on behalf of the state of Oklahoma, joined the Oklahoma Department of Mines and the Oklahoma Conservation Commission and sued the OSMRE, the newly appointed secretary of the DOI, Deb Haaland, and the DOI itself.29 In its complaint, the state claims the OSMRE stripped Oklahoma of its jurisdiction “[w]ithout any process whatsoever and virtually no legal analysis[,]” in violation of both the SMCRA and the Administrative Procedures Act.30

The case is currently before Judge Stephen P. Friot in the Western District of Oklahoma and could potentially lead to an extension of McGirt outside the criminal context and into the regulatory world.31 Until then, both the state and the federal government remain at odds on this point.

A JUDGE’S CHALLENGE TO JURISDICTION FROM THE BENCH

Lastly, a district judge in Love County issued an order for additional briefing in April 2021, asking the parties “to brief and be prepared to argue the issues related to jurisdiction, specifically addressing the effect of Bosse [v. State] on the case at bar.”32 As mentioned above, in the Bosse case, the Oklahoma Court of Criminal Appeals held, that like the Muscogee Reservation in McGirt, Congress never disestablished the reservation of the Chickasaw Nation – encompassing present-day Love County. The case involves an alleged oil spill in the area but does not involve any restricted fee or trust lands according to the record. Following full briefing on the issue by the parties, Judge Todd Hicks issued a court minute, stating the district court did, in fact, have jurisdiction over the case regardless of Bosse because no party is a member of a tribe, the land is not owned in whole or in part by any tribe or tribal member and no tribe had exercised jurisdiction over the case.33 The McGirt-related questions have been taken care of in Hull, but the case gives us a picture of the judicial limbo Oklahoma courts must navigate for the time being.

Even though McGirt was expressly cabined to criminal jurisdiction and the Major Crimes Act, significant changes in land status have legal implications that affect more fields than one. Jurisdictional battles are happening at the state regulatory level of the OCC, the federal oversight of the DOI and everywhere in between. These few examples in Oklahoma show us that the sea change from the Supreme Court is most likely coming – even if it’s not here just yet. 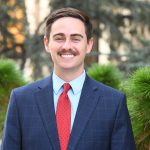 Drew Rader is an associate at the Oklahoma City office of Crowe & Dunlevy, practicing in the area of energy and natural resources law. He received his J.D. with honors from the OU College of Law in 2021, where he served as editor in chief of the American Indian Law Review.