Most crimes are tried soon after they are committed when the case, evidence and witnesses are still fresh. On rare occasions, a conviction would be overturned, and the case would be retried years or even decades after the crime itself was committed. What once was a legal rarity is now the new normal in Oklahoma’s post-McGirt world. Oklahoma attorneys find themselves in the unique position of trying old cases as if they were new and, in so doing, having to reevaluate the old evidence associated with the case based on today’s standards. This presents both challenges and opportunities for the Oklahoma lawyers picking up post-McGirt cases as the value of the evidence may have changed in the time since the initial conviction.

Unlike cold cases, where new techniques are routinely applied to old evidence, attorneys with these “new-old” cases need to also examine the techniques that were originally performed on the evidence. In some cases, more discerning forensic techniques are now available that might not have been around when the case was first litigated. In others, the validity of the science that may have led to the initial conviction may have changed in the intervening years.

The majority of the post-McGirt cases being charged federally fall under the Major Crimes Act.1 As the name implies, this act limits federal jurisdiction to serious crimes like murder, manslaughter, kidnapping, sexual abuse, arson, assault and similar violent criminal offenses. Not surprisingly, these types of cases are usually the ones with the highest probability of having forensic evidence, and this evidence may play a more prominent role as witnesses’ memories fade or may simply no longer be available.

While not comprehensive, this article describes how to preserve the evidence in your case and outlines some of the most significant changes that have occurred with the most commonly encountered evidence. Not all cases will need or benefit from a forensic expert. Understanding how the value of the evidence has changed and what new potential exists within the old evidence will allow attorneys to formulate a successful litigation strategy. 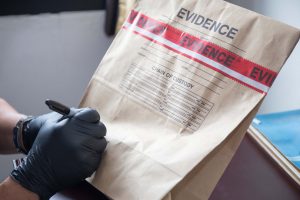 The first challenge in dealing with an overturned state conviction is preservation of the evidence. Ironically, while there are practices for the retention of court records about convictions, there is no uniform guidance on preserving the evidence that led to the initial conviction.

A formal notice should be sent to all criminal justice agencies involved in the initial investigation and prosecution requesting that all associated physical evidence and related documents (notes, diagrams, photographs, video, reports and chain of custody records) be preserved. Oklahoma implemented legislation requiring the retention of biological evidence from violent felonies for the duration of time anyone convicted of that crime remains incarcerated in 2001,2 but as these cases get dismissed and defendants are released, there is no longer an affirmative obligation to retain this evidence.

While Oklahoma was ahead of many states in implementing a biological evidence retention policy, there is no consistent policy that applies to other types of evidence. As a result, it is critical to try and preserve any evidence as soon as you become involved in one of these cases.

Blood is one of the most common byproducts of violent crime. The most notable change that has occurred in the forensic world is the increased information potential that is now associated with blood and other biological evidence (semen, saliva, etc.). Techniques have become much more sensitive and refined. Samples that were either too small to previously test or deemed inconclusive can now potentially yield valuable information that can change case outcomes.

Sometimes how a bloodstain was created holds as much value as the source of the blood itself.  For example, a suspect may claim that blood found on their clothing was the result of trying to help the victim after an assault and was not deposited on their clothing during the assault. These two mechanisms are distinctly different, and a trained examiner can easily differentiate them. While the science behind bloodstain pattern analysis has not changed, there has been increased scrutiny over the qualifications of the people who perform this work. If the analysis of bloodstain patterns played a role in the initial conviction, there is value in having this work reviewed. 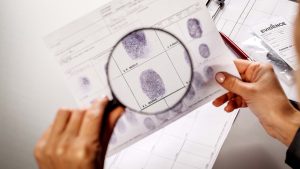 Fingerprint, firearm, and footwear and tire tread evidence are frequently encountered in these types of investigations. While the tools that capture the evidence or make comparisons may have improved, the science behind the comparisons has remained unchanged for over a century. Since these determinations can be subjective, if the analysis played a role in the initial convictions, there is value to having this work reviewed.

Assessing the distribution of gunshot residue particles on a target remains a viable method of estimating how far the barrel of a firearm was from the target at the time of discharge. However, any methods to evaluate gunshot residue on the hands of suspected shooters have largely fallen out of favor, and the validity of any conclusions regarding who fired a weapon would be challenged in court today.

No forensic techniques have fallen out of favor as much as those of bitemark analysis and the microscopic analysis of human hair. While the validity of hair comparisons has not been questioned, problems were identified with the strength of the associations that FBI examiners were representing in court. The concern soon migrated to state and local examiners who had received training from the FBI. Reviews of cases that have involved microscopic hair comparisons have been ongoing across the county, and virtually all jurisdictions have abandoned the microscopic analysis of hair in favor of DNA testing.

Recently the Oklahoma State Bureau of Investigations (OSBI) received federal funding to reevaluate hair examinations the agency performed from 1975 until 2000.4 From the 986 cases identified where microscopic hair comparisons were performed, the OSBI narrowed their review to 81 cases where this evidence was used in court.5 Both the initial prosecutors and the OSBI should be aware of these cases and should be contacted if you see that hair evidence was utilized or played a prominent evidentiary role during the initial prosecution. If hair played a prominent role in the initial conviction but the defendant took a plea instead of going to trial, you should have the evidence reviewed.

The problems surrounding bitemark analysis are more profound. Studies have demonstrated that examiners have trouble identifying if a pattern injury is even a bitemark.6 Many question the underlying validity of the methodology used by examiners, and studies have demonstrated inconsistency in both the opinions of different examiners and even among the same examiner over time.7 Cases involving bitemark analysis definitely warrant another review.

Everyone understands the importance of DNA as proof of guilt or innocence. However, historically, cases with complex DNA mixtures were deemed inconclusive and had no value. That may no longer be the case anymore thanks to probabilistic genotyping. This process involves special computer software that runs statistical algorithms that allow the components of DNA mixtures to be separated out. Since the software is validated on the DNA instrumentation used to run the sample, it cannot be retroactively applied to old analytical data from previous laboratory work. Old DNA mixture samples would need to be retested to take advantage of probabilistic genotyping software. The increases in sensitivity of new DNA testing methods combined with probabilistic genotyping’s ability to resolve complex mixtures can have a transformative effect on your evidence and should be considered whenever possible.

The direct comparison of DNA or fingerprint evidence has always been powerful at trial. But more than that, the successful use of scientific databases has also made them a formidable investigative tool that can sometimes be beneficial when reevaluating these older cases.

New DNA evidence can develop in these old cases when the original evidence is reevaluated. Either new samples are found and analyzed or old samples are reexamined applying probabilistic genotyping to resolve previously uninterpretable DNA mixtures. Any newly generated DNA profiles that could not have come from known members of your case should be searched against the DNA database.

Oklahoma lawyers face unique challenges and opportunities when dealing with post-McGirt prosecutions. The entire landscape of a case may have changed since the initial conviction. This article has highlighted areas where the science has changed enough that a forensic expert can influence the outcome of a case. Expert review can also help where forensic testing was not completed or might not even have been performed because the case was resolved by a plea. It is incumbent on the attorneys who take these “new-old” cases to really know their cases and understand the significance of changes that have occurred. 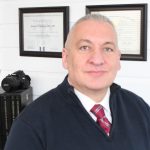 Brian Gestring is a consultant with 4n6Services LLC who has over 30 years of public and private sector experience. He has worked in nearly every role in the forensic field from scene investigator to director. He has also held full-time faculty positions and served as a university forensic program director.