In McGirt v. Oklahoma, the U.S. Supreme Court concluded that the reservation of the Muscogee (Creek) Nation has never been disestablished and remains in existence. The court’s holding has been extended to affirm the reservations of the Cherokee, Chickasaw,

Choctaw and Seminole nations as well.1 As a result, the state of Oklahoma does not have jurisdiction to prosecute crimes committed by Indians within the exterior boundaries of these reservations. Instead, such crimes must now be prosecuted in either federal or tribal court depending on the nature of the offense. 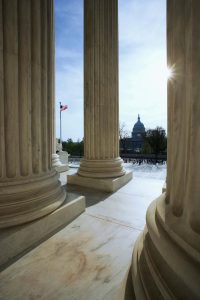 This article briefly summarizes the McGirt decision and is intended to provide helpful context for the other articles in this issue that discuss the meaning and impact of McGirt.2 It begins with a historical overview of the Five Tribes of Oklahoma, allotment of their tribal lands and Oklahoma statehood. It then summarizes criminal jurisdiction in Indian country as well as the Supreme Court’s reservation disestablishment jurisprudence. Finally, it analyzes the court’s majority opinion in McGirt, highlighting the key arguments central to the court’s ultimate holding.

A BRIEF HISTORY OF THE FIVE TRIBES, ALLOTMENT AND OKLAHOMA STATEHOOD

The Five Tribes of Oklahoma – the Cherokee, Chickasaw, Choctaw, Muscogee (Creek) and Seminole nations – historically resided in the southeastern United States. In the 1830s, they were forced to leave their homelands and journey on the Trail of Tears to the Indian Territory in present-day Oklahoma.3 Each tribe executed various treaties with the federal government that guaranteed lands in the Indian Territory for use as a permanent homeland. The Creek Nation’s treaties, for example, “solemnly guarantied” the land to “secure a country and permanent home to the whole Creek Nation of Indians.”4 As part of these treaty promises, the tribes each received a fee patent to their lands.5 After the Civil War, each of the Five Tribes executed a treaty with the United States that reduced their territories but preserved reservations for them.6

In the 1880s, the federal Indian policy of the United States changed from one granting tribes separate reservations to one of assimilation. The principal tool of the federal government was the policy of allotment whereby the collective and communal landholdings of the tribes were broken up, and individual tribal members received separate parcels of land.7 Although the Five Tribes were exempted from the first general allotment statute,8 within a few years, demographic and economic pressures9 in the Indian Territory led Congress to apply the allotment policy to the lands of the Five Tribes. Congress created the Dawes Commission in 1893,10 and in 1898, it passed the Curtis Act, which abolished the tribal courts and threatened the forcible allotment of tribal lands.11 To avoid the harshest effects of allotment provided for in the Curtis Act, each tribe negotiated an allotment agreement with the Dawes Commission. The commission created rolls of tribal citizens12 and proceeded to give each citizen an allotment of tribal lands pursuant to the terms of each tribe’s allotment agreement.13

In 1906, after most of the allotments had been completed, Congress passed the Five Tribes Act that provided for the final disposition of tribal affairs.14 It abolished all tribal taxes, closed tribal schools and directed the secretary of the Interior to distribute the tribes’ remaining monies to tribal members on a per capita basis.15 Importantly, however, the Five Tribes Act did not terminate the tribes’ existence or governments but expressly preserved and continued them “in full force and effect for all purposes authorized by law.”16 The next year, in 1907, Oklahoma was admitted to the Union as the 46th state.

Indian country is a statutory term defined in 18 U.S.C. §1151 as 1) all land within Indian reservations, 2) dependent Indian communities or 3) Indian allotments.20 In determining whether the federal or state government has jurisdiction to prosecute a major crime committed by an Indian, courts must often determine whether the situs of the crime is located within one of the three categories of Indian country.

A common argument made by those resisting federal criminal jurisdiction is that the crime did not occur in Indian country because the Indian reservation has been disestablished. Congress has the power to remove land from Indian country, but its intent to do so must be clearly expressed.21 When a court examines whether a statute disestablished a reservation, it considers three factors.22 Most important is the text of the statute at issue. Congress does not have to use magic words to disestablish a reservation, but it must “clearly express its intent to do so, commonly with an explicit reference to cession or other language evidencing the present and total surrender of all tribal interests.”23 Second, courts may consider the circumstances surrounding the passage of the statute at issue and the contemporaneous understandings of those at the time.24 Finally, courts can examine subsequent developments, particularly demographic statistics in the area.25 Importantly, though, the second and third factors should only be used to clarify the meaning of the statutory text, not as a substitute for it.26

Jimcy McGirt, a citizen of the Seminole Nation,27 was charged and convicted in Oklahoma state court for the sexual abuse of a minor.28 The crime occurred in Wagoner County, within the boundaries of the Muscogee (Creek) Nation’s historic reservation. He challenged the state’s jurisdiction to prosecute him because he is an Indian, and his crime occurred in Indian country, specifically the Creek Nation’s Reservation. He argued, instead, that he should have been prosecuted in federal court pursuant to the Major Crimes Act. After the Oklahoma Court of Criminal Appeals affirmed his state court conviction, the Supreme Court granted certiorari and reversed.29

“On the far end of the Trail of Tears was a promise” now famously began Justice Gorsuch’s majority opinion.30 Emphasizing that the nation had been promised a reservation in a series of treaties with the United States, the court concluded that Congress had never clearly disestablished the reservation, and it remains in existence. As a result, McGirt’s crime occurred in Indian country, and the state of Oklahoma did not have jurisdiction to prosecute him.31 There are a few key arguments underlying the majority’s ultimate holding that the reader should appreciate.

Second, the court refined its disestablishment analysis, singularly focusing on whether any statutory text clearly expressed an intent to disestablish the reservation.39 Rather than being a discrete, three-part analysis, the court reasoned that because only Congress may disestablish a reservation, examination of the statutory text was the only “step.”40 To be sure, the court noted it could “consult contemporaneous usages, customs, and practices” but only if the statute is ambiguous.41 The court emphasized, however, it could not “favor contemporaneous or later practices instead of the laws Congress passed.”42

Although there was no single statute the state of Oklahoma could point to disestablishing the reservation, it argued that a series of statutes that eroded tribal sovereignty and institutions in effect resulted in disestablishment.43 Similarly, Chief Justice Roberts’s dissent argued the majority failed to appreciate that the court’s disestablishment inquiry is a “highly contextual” one that considers not just the relevant acts passed by Congress but “the contemporaneous understanding of those Acts as well as the subsequent understanding of the status of the reservation and the pattern of settlement there.”44 The majority was unpersuaded and rejected the state and dissent’s evidence not as contextual but as “extratextual.”45 Emphasizing that “Oklahoma does not point to any ambiguous language in any of the relevant statutes,” the majority concluded consideration of contemporaneous understandings and subsequent developments was improper.46

Finally, the court found warnings of potential consequences of its decision unpersuasive. Principally, the court felt that “dire warnings are just that, and not a license for us to disregard the law.”47 It also pointed to compacts the state and tribes have previously entered addressing a variety of issues and emphasized that Congress is free to alter the allocation of criminal jurisdiction. The court did leave open the possibility of “reliance interests” and similar legal doctrines being a barrier to future assertions of federal or tribal jurisdiction but left those questions “for later proceedings crafted to account for them.”48

Author’s Note: The views expressed are those of Mr. Cleary and do not necessarily represent the views of the Department of the Interior or the United States government. 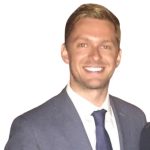 Conor P. Cleary is the field solicitor for the U.S. Department of the Interior. He has an LL.M. in American Indian and Indigenous Law from the TU College of Law and a J.D. from the OU College of Law.