Specific Use Permits and Municipal Regulation of the Medical Marijuana Industry

By By David Weatherford 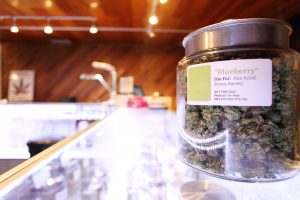 In 2018, medical marijuana was legalized in Oklahoma, creating a frenzy of discussion about the ability of local governments to regulate the industry. From zoning and area restrictions to complete bans, some public officials explored every available option, resulting in lawsuits and challenges that attempted to reconcile the public will of legalization with the local desire to regulate land use.

One simple and pre-existing solution was already available in the Oklahoma Statutes. In 2003, the Oklahoma Legislature added three statutes to the Oklahoma Municipal Code at Title 11 that may be one of the single greatest delegations of power the Legislature has ever given to municipalities. The three sections are simple but powerful in that they create the ability for local control of numerous land use issues that may arise in cities and towns through specific use permits (SUPs).

WHY USE THE SUP PROCESS

Several reasons exist for using the SUP process, and they begin with understanding the clear language the Legislature provided. The statutes authorizing SUPs are found first at 11 O.S. §43-113.  Section 113 creates the authority for municipalities to allow specific use permits and states the municipality by ordinance may “enumerate a list of uses which it has determined more intensely dominate the area in which they are to be located or their effects on the general public are broader in scope than other types of uses which are permitted in a zoning district.”1 Further, inclusion of the proposed use on the list included within a municipal ordinance shall not “constitute an authorization” that approval will be granted, but instead, approval shall be based on the “probable effect on the adjacent properties and community welfare.”2 The statute also authorizes “conditions related to the use of the land” that may be imposed, stating a long list of possible “conditions” that may be considered or imposed in approving the proposed use.3 The statute requires at least one public hearing and requires the ordinance to specify the public body that will be conducting the hearing.4

Section 43-114 outlines the “reasonable conditions” that may be imposed in considering a specific use permit and directly authorizes the consideration of the use on “the natural environment, the health, safety, and welfare of the residents and landowners immediately adjacent to the proposed land use or activity, and the community as a whole.”5 Section 43-115 provides details about the “site plan” that may be required and makes it clear the municipality may require detailed disclosure as a part of the application process.

The purpose of the SUP statute was to allow local control of “intensive land uses,” thus allowing each municipality to establish its own list of “intense uses.” This power alone should be good reason to use the SUP process as it gives legislative control when it may not otherwise exist in regard to some of the worst possible uses that may be proposed to a municipality. For each of those intense uses, if the SUP process is not used, an appeal from the Board of Adjustment denial, with de novo review, becomes possible.

Additionally, and just as importantly, the SUP should be used because it creates a standard of review that is much more advantageous to the city. The SUP process was specifically upheld in Sand Springs Materials, LLC v. City of Sand Springs.6 In Sand Springs Materials, the city had denied a proposed rock quarry within city limits. The Oklahoma Court of Civil Appeals, in upholding the denial, stated the standard of review as follows:

The proper standard of review for the district court in this case is whether errors of law were committed by the [City], and whether the [City's] findings are supported by the clear weight of the evidence." City of Muskogee v. Grayson, 1991 OK 101, ¶ 8, 818 P.2d 491, 493. The district court exercises original jurisdiction in reviewing such cases to determine whether zoning ordinances or the application thereof is arbitrary, capricious, or unreasonable. City of Sand Springs v. Colliver, 1967 OK 194, ¶ 16, 434 P.2d 186, 190, overruled in part by O'Rourke v. City of Tulsa, 1969 OK 112, 457 P.2d 782. That determination in the district court and in this Court depends on whether the decision of the municipality is "fairly debatable."

Mid-Continent Life Ins. Co. v. City of Oklahoma City, 1985 OK 41, ¶ 10, 701 P.2d 412, 414 (footnotes omitted). If zoning decisions of a municipality have a substantial relation to the public health, safety, morals or general welfare, and do not constitute an unreasonable, arbitrary exercise of police power, the municipality's judgment will not be overridden by the district court. Id. at ¶ 9, 701 P.2d at 413.

The court in Sand Springs Materials concludes: “The quarry proposed by SSM would be in operation for 20-25 years. It would permanently and substantially change the landscape of the area. The City determined that this use would have a substantial adverse impact on adjacent property, community welfare and public facilities. The district court concluded that the City's decision was supported by substantial and competent evidence. Conducting our independent review of the record, we conclude that the decision of the City to deny SSM's application for a special use permit is fairly debatable.”7

Again, allowing the municipality to weigh the impact of a proposed use on the impact to adjacent property, community welfare as a whole and public facilities allows a great deal of discretion while also forcing a focus on tangible factors that can be properly considered by our planning commission members and elected officials.

USES TO WHICH THE SUP PROCESS CAN BE APPLIED 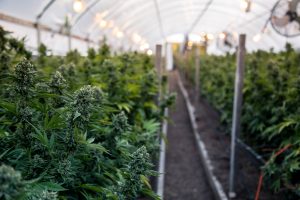 The statutory guidance provides the uses that may be included in the permit process are “those types of uses which, because of the size of the land they require or the specialized nature of the use, may more intensely dominate the area,” thus the list is subject to the discretion of the local municipality. The types of uses typically included are the intense uses that need additional regulation because of their domination and, by definition, would usually include those uses in which more local control is desired. Among the common uses would be the obvious, such as prisons, homeless shelters, landfills, mining uses, transmitting towers and treatment centers. Other difficult uses that can “dominate an area,” such as adult entertainment, medical marijuana facilities and apartment complexes above a certain number of units have been included.

The use list should be created by the governing body, with input from the planning commission, and should be reviewed on a regular basis for any necessary updates. Probably the best approach is for the municipality to simply ask which uses will create a public uproar if proposed. If the proposed use would likely cause such a public reaction, it likely is because of a fear it will dominate an area. Additionally, the creation of the uses is the ultimate legislative decision and should only be subject to challenge if it is arbitrary.

THE PROCESS AND FACTORS TO CONSIDER

The statute quoted above, and as affirmed in Sand Springs Materials, sets forth the factors that should be considered in weighing a SUP, including specifically the impact the proposed use will have on adjoining property, the community welfare as a whole and the impact on public facilities. The first step in the process is an application that should require the applicant to outline as much detail as possible about the proposed use and its impact. Second, the planning commission conducts an initial review in which it determines the extent of notice that should be provided, outlines any information they may need from the city staff or the applicant in order to review the request and establishes a hearing process. For “routine” SUPs (to the extent there can be one), the notice and process are similar to a zoning change. If the proposed use is controversial, the city staff should ensure they actively pursue whatever information may be needed to fully evaluate the proposal.

Each SUP application is viewed on individual findings as to the probable effect on adjacent properties and the community as a whole – and if approved, approved with conditions or denied based on those findings. A municipality may impose specific, individual conditions on land and/or buildings on each SUP if those conditions facilitate additional protections to adjoining properties and the overall welfare of the community. The planning commission is required to hold at least one public hearing on the SUP application and “shall” transmit its findings of approval, approval with conditions or disapproval to the governing body. Upon receipt of the planning commission’s findings, the governing body may approve, approve with conditions or disapprove the SUP on its own accord.

Any reasonable conditions on a proposed SUP shall meet the following requirements:

The conditions agreed to or imposed may alleviate concerns that exist about a proposed use and may assist the planning commission and governing body in the approval process.

Lastly, by resolution, the process in the city of Sand Springs allows for a review on the record by the city council, rather than a completely new hearing. As stated in the statute, a public hearing is required and can be held before the planning commission. By allowing a review on the record at the elected official level, the process is enhanced by 1) empowering the planning commission and 2) allowing the elected officials to take an appellate approach with controversial issues.

APPLICATION OF THE SUP PROCESS TO THE MARIJUANA USES

The state of Oklahoma’s approach to the regulation of the medical marijuana industry has been unique, causing many to request additional local control.8 The addition of the marijuana uses to the list of uses requiring a specific use permit allows for application of a known process to the new uses.

If the process outlined above is followed, each marijuana use proposed will be determined on its own merits and subject to appeal and review based on the specifics of each proposal, rather than “an act which entirely prevents retail marijuana establishments from operating within municipal boundaries.”9

Just as with the other SUP uses, the proposed marijuana use would be evaluated with the identical factors applied to other listed uses, including the impact to adjacent property, community welfare as a whole and public facilities. Commission members and elected officials should be careful not to substitute any personal beliefs that all marijuana uses should be banned to make the community better when applying the “community welfare” factor, as such an approach is directly contrary to the vote approving medical marijuana and subsequent statutes passed by the Legislature. Instead, the community welfare factor should be approached from a land use approach, just as it would for any of the other listed uses.

David L. Weatherford is a Tulsa attorney with more than 30 years of municipal attorney experience. He is a graduate of OSU and the TU College of Law. He has served as city attorney for Sand Springs since 2002 and for Mannford since 1998, representing the municipalities in a wide range of legal matters.