Where to Draw the Line 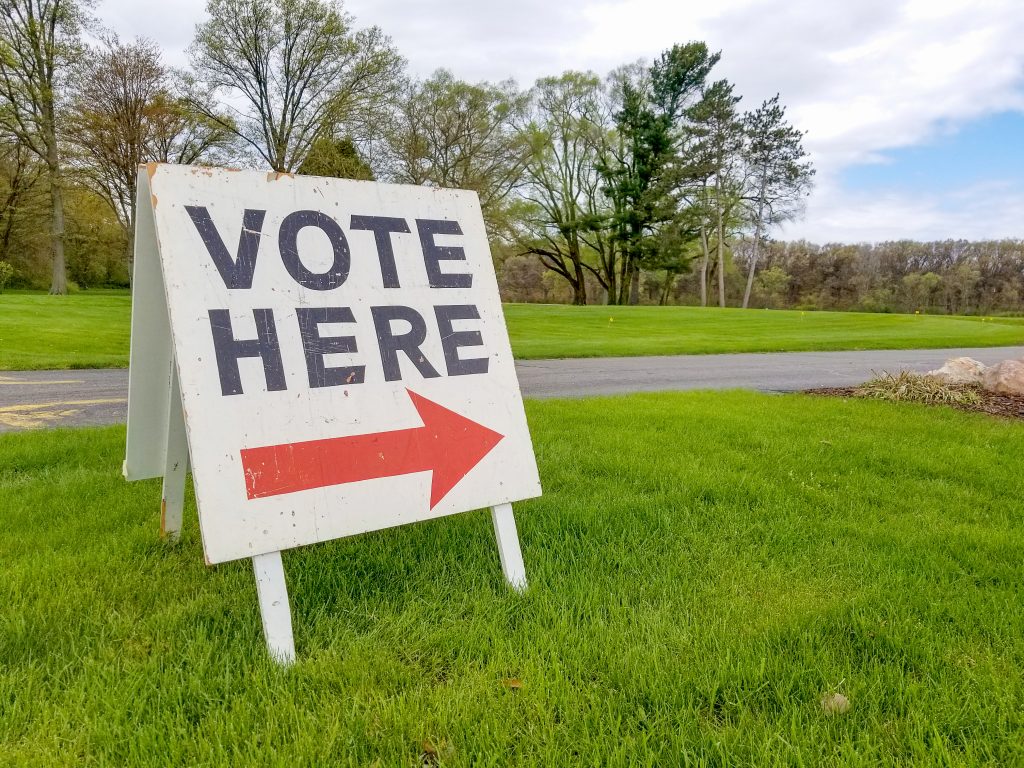 Gerrymandering has been a hot topic, and in June 2019 the U.S. Supreme Court issued a much-anticipated ruling in Rucho v. Common Cause.1 The result was a 5-4 decision decreeing that “Partisan gerrymandering claims present political questions beyond the reach of the federal courts.”2 Rucho was part of ongoing challenges in North Carolina and Maryland. For example, in 2017 the Supreme Court issued an opinion finding that North Carolina had used race as a predominate factor in drawing its legislative districts in violation of the Equal Protection Clause.3 Combining the two cases together in Rucho was particularly interesting because they involved gerrymandering from both Democrats (in Maryland) and Republicans (in North Carolina).

North Carolina legislators were very explicit that their motives in redrawing districts were entirely partisan. For example, North Carolina State Rep. Dave Lewis stated during a hearing, “I propose that we draw the maps to give a partisan advantage to 10 Republicans and three Democrats, because I do not believe it’s possible to draw a map with 11 Republicans and two Democrats.”4 This statement proved prophetic as Republicans earned a 10-3 majority of North Carolina’s U.S. representatives in 2016 and 2018 despite receiving 53% and 50% of the statewide vote in each of the elections.5

Writing for the majority, Chief Justice Roberts stated that Article III of the Constitution limits federal courts to deciding “controversies,” which have been taken to mean only questions “historically viewed as capable of resolution through the judicial process.”6 Partisan gerrymandering, Justice Roberts observed, is not new, nor is frustration with it. “The practice was known in the Colonies prior to Independence, and the Framers were familiar with it at the time of the drafting and ratification of the Constitution. During the very first congressional elections, George Washington and his Federalist allies accused Patrick Henry of trying to gerrymander Virginia’s districts against their candidates – in particular James Madison, who ultimately prevailed over fellow future President James Monroe.”7

The court noted that, while Congress does have the right to regulate certain aspects of elections under the Constitution, other matters have been left to the states. Article I, Section 4 (Clause 1) of the Constitution provides that “[t]he Times, Places and Manner of holding Elections for Senators and Representatives, shall be prescribed in each State by the Legislature thereof; but the Congress may at any time by Law make or alter such Regulations, except as to the Places of chusing Senators” (emphasis added). History matters according to the court, and the framers “settled on a characteristic approach, assigning the issue to the state legislatures, expressly checked and balanced by the Federal Congress… At no point was there a suggestion that the federal courts had a role to play. Nor was there any indication that the framers had ever heard of courts doing such a thing.”8

The Rucho court also discussed the difficulty in establishing a standard to apply in partisan gerrymandering cases, which has been a central issue in previous gerrymandering cases. For example, in 1986, a majority of the court agreed that a claim against Indiana Republicans for cracking and packing9 was justiciable for violation of the Equal Protection Clause; however, “the Court splintered over the proper standard to apply.”10 The difficulty, the Rucho court opined, “in settling on a ‘clear, manageable and politically neutral’ test for fairness is that it is not even clear what fairness looks like in this context[, because] There is a large measure of ‘unfairness’ in any winner-take-all system.”11 Partisan gerrymandering claims, therefore, “invariably sound in a desire for proportional representation, but the Constitution does not require proportional representation, and federal courts are neither equipped nor authorized to apportion political power as a matter of fairness.”12

Despite the forgoing, there are at least two scenarios involving congressional districting where federal courts may adjudicate. First, that districts cannot be drawn predominately on the basis of race.13 Second, is a violation of the one person, one vote rule. This principle arose from a Tennessee case where the districts were based upon a 60-year-old census, resulting in citizens’ votes in less populated districts having more “value” than those in more populated districts.14

Turning back to Rucho, the minority strongly disagreed with the ruling, referring to it as “tragic.” Justice Kagan, joined by Justices Ginsburg, Breyer and Sotomayor, condemned partisan gerrymandering as having “debased and dishonored our democracy, turning upside-down the core American idea that all governmental power derives from the people. These gerrymanders enabled politicians to entrench themselves in office as against voters’ preferences. They promoted partisanship above respect for the popular will. They encouraged a politics of polarization and dysfunction.”15 Justice Kagan went on to state that “The core principle of republican government, this Court has recognized, is that the voters should choose their representatives, not the other way around.”16

While the court determined that the Constitution does not allow federal courts to address partisan gerrymandering, the court did opine that the states may set such standards.17 For example: Fla. Const., Art. III, §20(a) (“No apportionment plan or individual district shall be drawn with the intent to favor or disfavor a political party or an incumbent.”); Mo. Const., Art. III, §3 (“Districts shall be designed in a manner that achieves both partisan fairness and, secondarily, competitiveness. ‘Partisan fairness’ means that parties shall be able to translate their popular support into legislative representation with approximately equal efficiency.”); Iowa Code §42.4(5) (2016) (“No district shall be drawn for the purpose of favoring a political party, incumbent legislator or member of Congress, or other person or group.”); Del. Code Ann., Tit. xxix, §804 (2017) (providing that in determining district boundaries for the state legislature, no district shall “be created so as to unduly favor any person or political party”).

In response to the U.S. Supreme Court’s decision, the plaintiffs in Rucho brought their claims to the North Carolina state courts. On Sept. 3, 2019, in Common Cause v. Lewis,18 the Superior Court of North Carolina (Wake County) issued a 357-page opinion declaring that the legislative districts drawn by the Legislature were unconstitutional by violating North Carolina’s Equal Protection Clause, the Free Elections Clause and the Freedom of Speech and Freedom of Assembly clauses. The basic principle underpinning the opinion can be summarized as “the Court finds that in many election environments, it is the carefully crafted maps, and not the will of the voters, that dictate the election outcomes in a significant number of legislative districts and, ultimately, the majority control of the General Assembly.”19 The Lewis court further noted that “the object of all elections is to ascertain, fairly and truthfully the will of the people,” and that North Carolina has a compelling interest “in having fair, honest elections.”20

In most states, the legislature draws the districts. Some states are supplemented in some capacity with advisory commissions (e.g., Iowa and Maine), and in many states the governor may veto the maps (e.g., Alabama, Texas and Kansas). A few states have implemented independent commissions – Arizona, California, Idaho and Washington. In 2015, the constitutionality of Arizona’s commission was tested in front of the Supreme Court.21 The main issue in that case was that the commission had been created by a ballot initiative of the people and not by the state Legislature. The Legislature argued that the formation of the commission violated the Elections Clause. In a 5-4 decision, in which Justice Kennedy joined the majority, the court determined that the commission’s creation did not violate the Elections Clause because “the Clause surely was not adopted to diminish a State’s authority to determine its own lawmaking processes.”22 Given Justice Kennedy’s replacement by Justice Kavanaugh, it is not clear that this opinion would hold if challenged again.

In Oklahoma, the Legislature is granted the authority to draw districts, which the governor may veto. However, if the Legislature fails to do so within 90 days after convening the first regular session following a federal decennial census, then a commission is appointed to accomplish the task. The current form of this back-up commission stems from the aftermath of the 2000 Census, when the Legislature enacted a districting plan for both the Oklahoma House and Senate but failed to enact one for the U.S. House of Representative districts. As a result, a trial occurred in Oklahoma County in which the governor’s plan was enacted. The Oklahoma Supreme Court affirmed the trial court’s opinion in Alexander v. Taylor.23

Thus, the current rules of the road for drawing legislative maps are: 1) one person, one vote (i.e., districts should have the same number of people); 2) race cannot be a predominate factor in setting boundaries; and 3) look to state law on the procedure of how districts are drawn. Political gerrymandering has been held to not violate the federal Constitution, but it may violate a state constitution.

ABOUT THE AUTHOR
Miles Pringle is general counsel at The Bankers Bank in Oklahoma City. He is licensed to practice law in Oklahoma, Missouri and Texas. Mr. Pringle currently serves on the Board of Governors, is chair of the Legislative Monitoring Committee and past chair of the Financial Institution and Commercial Law Section.