At-Home Injuries: The Blurry Line Between Compensability and Deniability

At the beginning of 2020, roughly 40% of U.S. employers offered remote work. However, the COVID-19 outbreak has greatly changed the work situations for millions of people throughout the United States. 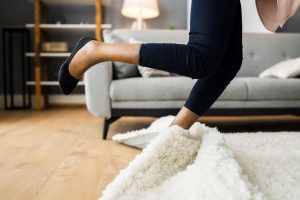 On March 24, 2020, Oklahoma declared a health emergency and issued an executive order pertaining to all 77 Oklahoma counties. Pursuant to the order, state agencies were directed to establish and implement a remote work policy that balanced the safety and welfare of state employees with the critical services they provide. Likewise, the order directed all businesses outside of the defined critical infrastructure sector and located within a county experiencing community spread of COVID-19 to close.1 The vast majority of businesses in the state complied with the order. However, by May 2020, the governor’s office began to issue reopening guidelines. Despite these precautions, the number of confirmed positive cases of the virus continued to rise.

As the impact of COVID-19 continues to spread alongside the fast-paced evolution of telecommuting software and virtual meeting platforms, the number of employees working from home is vastly increasing. With the increased number of employees working remotely, employers are likely to see a significant increase in the number of questionable workers’ compensation claims that arise from within the employee’s home. Handling these claims can be complicated from a defense perspective because the primary defense that the off-premises injury was not work-related can now be largely ignored. Additionally, employers who are concerned with employee safety have little to no control over the employee’s home environment. These concerns will be addressed later in this article.

As a general rule, if an employee deviates from performing their job duties for a personal benefit and is not furthering the affairs of their employer, any injury that occurs during the period of deviation is usually not considered a compensable injury. Most of the exceptions for deviations from employment will apply in the home office. However, in many instances, courts have upheld a personal comfort exception for injuries that occur during a work break.

In Munson v. Wilmar/Interline Brands, No. WC08205 (Dec. 2008), a Minnesota Workers’ Compensation Court of Appeals determined an employee working from home could be compensated for an injury they sustained while working at home. At the time of the accident, the employee was walking down the stairs after getting a cup of coffee. The employee argued he was performing work for his employer at the time, but he was taking a break. Minnesota extended its personal comfort exception to situations in the home just as if the employee was in the office taking a break. The Munson court found it especially important that the employee was required to maintain a home office by his employer. 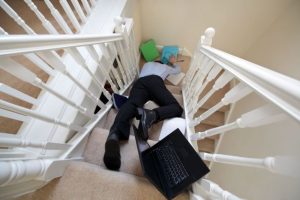 In a closely similar case, an employee in Pennsylvania was on the phone with her supervisor when she fell down the stairs. The reason she was on the stairs at all, however, was because she had gotten something to drink before heading back to her home office. Again, that court invoked the personal comfort doctrine to determine that her injuries were compensable.

In contrast, if the employer can show that an employee was injured during an activity that has little connection to their work activities or does not expose the employee to a greater risk than they would normally be exposed to, they may be able to avoid compensation. For example, in Wait v. Travelers Indem. Co. of Ill., 240 S.W. 3d 220 (Tenn. 2007), the Tennessee Supreme Court determined that a woman who was assaulted in her home while working and making lunch could not receive workers’ compensation benefits. In that case, the woman worked entirely from home and even hosted remote meetings with other co-workers and supervisors from her home. The court denied compensation for her injuries due to a lack of inherent connection to the employment. During her lunch break, the woman’s neighbor entered the home and assaulted her. The court found it important that the woman’s neighbor had no connection with her employment, although she was assaulted in her workplace.

In Florida, the Florida Court of Appeals denied workers’ compensation benefits to a Florida insurance adjuster when she sustained injuries after tripping over her dog while working from home. In its well-reasoned opinion, the court decided the issue on whether the employment, wherever it takes place, necessarily exposes an employee to conditions that substantially contribute to the risk of injury.3 The court reasoned the relevant risk that the employee might trip over her dog while reaching for a coffee cup in her kitchen would be present regardless of whether the employee is or is not working.  Such a risk existed before she took her job, and it will exist after her employment ends – provided she continues to own a dog. Since the risk did not arise out of the employment, the Florida Court of Appeals announced that her injury did not occur within the course and scope of employment.

Likewise, in Oklahoma, an employee must show an employment-related nexus. This means the workers’ compensation claimant has the onus of presenting evidence that the risk underlying the injury was either an actual risk of the employment or if a risk common to the general public, that the employment exposed the claimant to a heightened risk of injury.4 But like the courts in Minnesota and Pennsylvania, Oklahoma courts have long held that an employee's activity is work-related if the employer's purposes are being carried out or the employer's interests are being directly or indirectly advanced; this principle is the foundation for the doctrine that work-connected activity reaches beyond the direct services performed and includes ministrations to the personal comfort and needs of employees,5 irrespective of the situs of the injury.

Although Oklahoma courts have rarely discussed remote-workplace injuries, it is anticipated our courts will turn to reason and case law from other states such as Minnesota and Pennsylvania, given the expansive nature of the Oklahoma statutory definition of a compensable injury. Nevertheless, each case will involve a fact-specific, case-by-case analysis. In any event, the claimant will carry the burden to prove by a preponderance of the evidence that the injury sustained, and any subsequent disability resulting therefrom, arose out of and in the course of the occupation or employment.

As mentioned supra, the primary factors the Oklahoma Workers’ Compensation Commission will consider in determining whether an at-home injury occurred within the course and scope of employment involve whether the work being performed was at the direction of the employer, whether the activity engaged in at the time of injury was in furtherance of the employer’s affairs or business and whether the injury involved was an inherent risk of the occupation. Still, it is never a given that a work-related injury in the home is compensable. There are a number of additional factors Oklahoma courts might consider while addressing work-from-home injury claims in addition to the instruction of the employer, including the very specific activity the employee was engaged in at the time of injury, the quantity and regularity of work performed at the home, the time the employee’s normal work activities commenced, deviation from normal working hours, longer than usual breaks in work time, the presence of work equipment in the home and whether the accident or injury involved another person unrelated to the employee’s job duties or employment.

Even if the employee’s home can be qualified as a workplace, the employee must show the workday has commenced, and they were fulfilling their work duties at the time of the injury.

The increase in the number of employees working from home, the employer’s lack of control and inability to properly inspect the conditions of the employee’s home office, coupled with the likelihood of few objective witnesses to these injurious events sets the stage for an increase in the likelihood of fraudulent claims. However, there are a number of practices employers can implement to reduce the number of fraudulent claims.

The impact of the virus is likely to continue throughout the foreseeable future, making the fears of a second economic shutdown more realistic. It is important to know your rights as an employer for defending at-home work-related injuries. 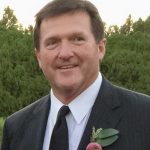 Wade Christensen is the managing director of Christensen Law. His practice focuses on workers’ compensation and other civil matters. He provides assistance to Oklahomans and Oklahoma companies doing business in Oklahoma who need representation or advice. He was formally the first gentleman of Oklahoma.