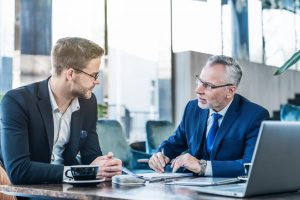 Hypothetical: You are finally able to take the deposition of the opposing party, and you are surprisingly successful. The plaintiff admits several times he knew about your client’s so-called fraud about four years before he filed suit. Since the statute of limitations is two years, you promptly file a motion for summary judgment.

You are shocked when you get the witness’s errata sheet a few days later and see he has reversed all the testimony you relied on in your motion. He has changed some dates and even switched “yes” to “no” several times. He has explained the changes by noting he had “misremembered” a few things or was “clarifying” his earlier testimony. Is this fair? Do you still have a chance to win your summary judgment motion?

F. REVIEW BY WITNESS; CHANGES; SIGNING. The deponent shall have the opportunity to review the transcript of the deposition unless such examination and reading are waived by the deponent and by the parties. After being notified by the officer that the transcript is available, the deponent shall have thirty (30) days in which to review it and, if there are changes in form or substance, to sign a statement reciting such changes and the reasons given by the deponent for making them. The officer shall indicate in the certificate prescribed by paragraph 1 of subsection G of this section whether any review was requested and, if so, shall append any changes made by the deponent during the period allowed.

You can see the statute permits changes to a deposition transcript to be made “in form or substance.” That would appear to permit the revisions made by your hypothetical opponent. Is that how our courts actually interpret that statute?

There are no published decisions in Oklahoma on the issue. If you were in Massachusetts, though, the alterations would be allowed. In Smaland Beach Ass’n v. Genova,1 the Supreme Judicial Court noted, among other things, one witness had made errata sheet revisions that changed “I’d say no,” to “I’d say yes,” and changed “I don’t believe … ” to “I believe … .” He clearly contradicted his previous testimony. Nonetheless, the court ruled that because Massachusetts Rule of Civil Procedure 30(e) permits revisions “in form or substance,” and because the “majority approach” in the federal courts permits such contradictory revisions, the witness’s changes would be allowed to stand.2

The court did state it would guard against manipulation of the rule by requiring errata sheet revisions to be made in good faith and to contain a statement of reasons for the changes. Also, both the original answers and the revised answers could be used at trial, under certain circumstances the deposition could be reopened to permit questioning about the changes and attorney sanctions could even be considered.3 None of these measures, though, would prevent your opponent from blocking your summary judgment motion by altering otherwise dispositive testimony. You could challenge the good faith of the revisions, but that would call for briefing, a hearing and probably another deposition and would put summary judgment far down the road.

On the other hand, many federal courts have held the analogous federal rule, Fed.R.Civ.P. 30(e) does not permit a deponent to substantially change their earlier testimony via errata sheet, especially if a summary judgment motion is pending or the revisions appear to be lawyer-driven. In fact, contrary to the Massachusetts Supreme Judicial Court’s opinion, the latter is the view now held by a majority of the federal courts of appeal, namely the 3rd,4 6th,5 7th,6 9th,7 10th8 and 11th9 circuits.

The leading case in the 10th Circuit is Garcia,10 in which the court stated, “We are dismayed with [the defendant]’s reliance upon errata from deposition testimony where that errata strayed substantively from the original testimony.”11 The court went on as follows:

We do not condone counsel’s allowing for material changes to deposition testimony and certainly do not approve of the use of such altered testimony that is controverted by the original testimony. Of all these courts, perhaps the Greenway12 court expressed the purpose of Rule 20(e) best:

The purpose of Rule 30(e) is obvious. Should the reporter make a substantive error, i.e., he reported “yes” but I said “no,” or a formal error, i.e., he reported the name to be “Lawrence Smith” but the proper name is “Laurence Smith,” the corrections by the deponent would be in order. The Rule cannot be interpreted to allow one to alter what was said under oath. If that were the case, one could merely answer the questions with no thought at all then return home and plan artful responses. Depositions differ from interrogatories in that regard. A deposition is not a take home examination.13

Following Garcia, in Burns v. Board of County Comm’rs of Jackson County,14 the 10th Circuit found the district court properly disregarded the plaintiff’s “attempt to rewrite portions of his deposition,” analogizing the situation to one where a litigant proffers a “sham affidavit.”15 “We will disregard a contrary affidavit … when it constitutes an attempt to create a sham fact issue,” and a deposition revision should be subject to the same principle.16 Our local federal district courts in Oklahoma have also applied this 10th Circuit precedent.17

It would therefore be proper, and certainly consistent, for Oklahoma courts to also adopt the 10th Circuit’s similar rule that bars materially re-writing deposition testimony by means of an errata sheet. As stated by another court, the “sham-affidavit doctrine … offers a close analog to the restrictive approach to errata sheets. It makes little sense to prohibit one but allow another, as this would provide an effective workaround to the sham-affidavit doctrine.”24

This approach also would accord with the Legislature's statutory pronouncement that the goal of the Oklahoma Discovery Code is “to provide the just, speedy, and inexpensive determination of every action.”25 That is because:

Allowing the “make any changes you want” approach [to revising deposition transcripts] would lead to substantial additional litigation expenses by making it necessary to reopen the deposition to explore the altered testimony. And, the approach inevitably will lead to longer trials as counsel pursue the reasons for the changes on cross-examination. The result would be to inject significant confusion and delay into the trial itself. That also would cause trials to be longer and more costly. The rules may not be interpreted to that end.26

For the same reason – to promote efficient and inexpensive case resolutions – Oklahoma and other jurisdictions have recognized there can be a problem with lawyers coaching witnesses in depositions. The Legislature acted on that problem by enacting 12 O.S. §3230, which provides in pertinent part as follows: “Any objection to evidence during a deposition shall be stated concisely and in a nonargumentative and nonsuggestive manner.”27 As one court has commented:

Since Oklahoma has enacted 12 O.S. §3230 to prevent lawyers from “coaching or bending” witnesses’ testimony during a deposition, our state should also adopt a rule to prevent such behavior after the deposition by strictly limiting revisions to testimony through errata sheets. A federal district court accurately summarized this view as follows:

The purpose of depositions is to determine the facts of the case while the witness is under the scrutiny of examination. The purpose is certainly not to find out how the witness answers questions with the ability to calmly reflect on the responses for 30 days in collaboration with counsel. Under Plaintiffs’ theory that these errata are appropriate, the purpose of a deposition evaporates.29

As noted above, there are no published decisions from the Oklahoma Supreme Court or Court of Civil Appeals on this issue, but there is at least one unpublished decision in which the rule suggested above was followed. In Stockard v. Stockard-Ware,30 the Oklahoma Court of Civil Appeals, Division II, held that a trial court can disregard a “material alteration to deposition testimony” contained in an errata sheet.31 The court cited the 10th Circuit’s Burns case32 and quoted the Greenway case to the effect that a “deposition is not a take home examination.”33 One hopes we will get a published decision soon from one of our appellate courts that adopts this position or even a revision of the statute by the Legislature.

Depositions are perhaps the most important part of the pretrial process. Their purpose is to “pin down” a witness’s testimony for trial and sometimes also to elicit admissions that can support summary judgment. This comports with the stated goal of the Oklahoma Discovery Code, which is “to provide the just, speedy and inexpensive determination of every action.”34 To permit litigants to directly contradict their sworn deposition testimony by means of errata sheets undermines this goal and encourages dishonesty and protracted litigation.

Possible solutions include the Legislature amending 12 O.S. 2010 §3230(F) to bar that tactic, or the Oklahoma Supreme Court should interpret the statute in that manner in a published decision as the 10th Circuit and the federal district courts in this state have already done.

Thomas Pitchlynn “Lynn” Howell is a director with the Oklahoma City law firm of Christensen Law Group PLLC. Mr. Howell received his J.D. from the OU College of Law in 1983. He practices primarily in the areas of commercial and appellate litigation.