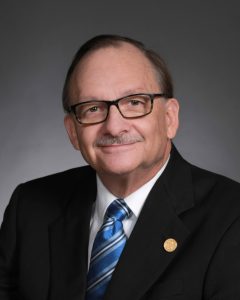 Richard Darby is the new Oklahoma Supreme Court chief justice. He has been a member of the Oklahoma Supreme Court since his appointment by Gov. Mary Fallin in April 2018 and just completed a two-year term as vice chief justice. He is a member of the Appellate Division of the Oklahoma Court on the Judiciary. Previously, he served for 23 years as district judge for the 3rd Judicial District, which includes five counties surrounding Altus. Prior to that, he served Jackson County as special judge for four years and associate district judge for four years.

Chief Justice Darby received his bachelor’s degree in political science from Southwestern Oklahoma State University and his J.D. from the OU College of Law in 1984. Upon graduation, he practiced law in Altus before serving on the bench. He is married to Dr. Dana Darby, who is the superintendent of the Altus Christian Academy. They are proud parents of two adult sons, Ben and Jonathan. 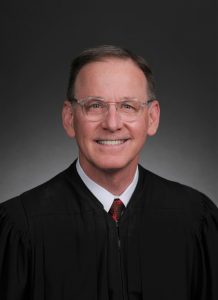 John Kane IV of Pawhuska was elected to be the next vice chief justice. He was appointed to the Oklahoma Supreme Court in September 2019 by Gov. J. Kevin Stitt. Since 2005, he had been the district judge of Osage County, where he served in several leadership positions. He served as Oklahoma Judicial Conference president from 2013 to 2014, Northeast Judicial Administrative District presiding judge in 2019 and as Oklahoma Court on the Judiciary presiding judge in 2019.

Vice Chief Justice Kane started practicing law in 1987 with his father and grandfather at Kane, Kane & Kane Law Offices, which had offices in Pawhuska and Skiatook. He also served as an administrative law judge for the Department of Human Services Child Support Division from 1999 to 2005 and as an assistant district attorney from 1987 to 1989. He received his bachelor’s degree in agricultural economics and accounting from OSU in 1984 and his J.D. from the OU College of Law in 1987. He and his wife, Cynthia, have been married for more than 30 years and have four children. 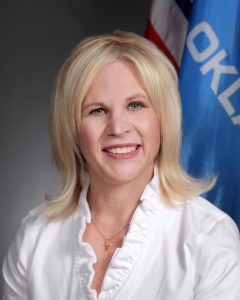 Presiding Judge Dana Kuehn was appointed to the Oklahoma Court of Criminal Appeals Oct. 2, 2017, by Gov. Mary Fallin. A native of Tulsa, she attended OSU, receiving a bachelor’s degree in political science in 1993. She received her J.D. from the TU College of Law in 1996 and served as a felony prosecutor for almost 10 years with the Tulsa County District Attorney’s Office.

In May 2017, she was inducted into the TU College of Law Hall of Fame and received the Thomas Coffman Community Service Award. She is a Mona Salyer Lambird Spotlight Award recipient, and in 2017, the American Board of Trial Advocates recognized her as Judge of the Year for the state of Oklahoma. She is a proud mother of four boys and the wife of Patrick Kuehn. 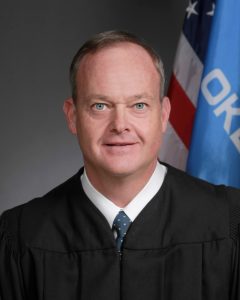 Since 1998, Judge Rowland has been an adjunct instructor of criminal and constitutional law at OSU-OKC, where he was named outstanding Adjunct Faculty in 2017. He was also named Outstanding Oklahoma Prosecutor for 2013 by the Oklahoma District Attorneys’ Association and State Prosecutor of the Year for 2001 and 2004 by the Association of Oklahoma Narcotic Enforcers. In 2016, he was inducted into the Oklahoma Law Enforcement Hall of Fame. He and his wife, Shannon, live in Oklahoma City with their daughters, Caroline and Emma.