It is clear Mike Mordy’s family has shaped him into the person he is today and will continue to refine him in the years to come. Being raised in a close-knit family, Mike grew up with his younger brother in Ardmore. Although Mike remembers Ardmore as a great place to grow up, he swore he would never return once he left for college. However, today Mike is a successful and well-liked attorney and family man around the town. 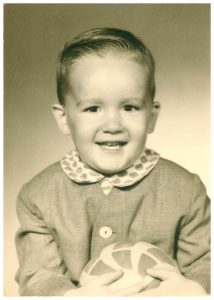 While out of school for the summer, Mike would go water skiing on Lake Murray with his friends, and he kept busy working various jobs. “I always had summer jobs – I started working when I was 14 years old. I washed dishes at the local Holiday Inn, I mowed yards, I worked in the oil field, I worked in a manufacturing plant in Marietta, where they made pants and I had a firework stand with a friend,” he said.

Although Mike didn’t always want to become an attorney, he grew up around the profession. Mike’s father, Burke Mordy, was an attorney in Ardmore.

I remember going with my father out of town to court on occasion as a child, and I am sure that is what always piqued my interest in going to law school. I went with my father and spent a couple of days with him at trial in Muskogee, in federal court, when I was probably in junior high school or early high school. I remember first going to federal court in Muskogee as a practicing attorney, and the same gentleman who was the court reporter when I was with my father was still the court reporter, probably 20 years later! 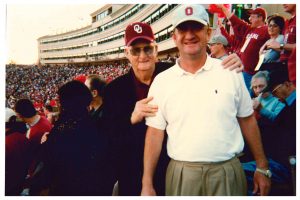 Mike and his father at the Rose Bowl game in 1996

Growing up, Mike enjoyed going to Norman to watch Sooner football games. When the time came for him to choose a college, OU was the logical choice.

While working towards a degree in petroleum land management, Mike was active in his fraternity, Beta Theta Pi. He served as rush chairman and social chairman. He also met his wife, Christy, during one of Beta Theta Pi’s parties. “My father was also a Beta and was there one night at a party we were having. He claims to have introduced me to Christy,” he said.

The summer after graduating from OU, Mike was ready for an adventure. He used what he learned from Arthur Frommer’s book Europe on $10 a Day and James Michener’s book The Drifters, to travel overseas with his friends. “You could buy a Eurail pass for $500 and ride the train across Europe all summer. Memorable stops in Europe included watching Stan Smith and Billie Jean King play tennis at Wimbledon, the San Fermin Festival in Pampalona, Spain, for the running of the bulls and dancing in Corfu, Greece.”

TO LAW SCHOOL AND BEYOND

While in law school, Mike worked for the Oklahoma County District Attorney’s Office. He continued to work there after graduating to gain trial experience – even trying 16 jury cases his first year. After working at the district attorney’s office for about a year, he was ready for a new experience. He went to work at an oil and gas law firm and practiced at the Oklahoma Corporation Commission, preparing oil and gas title opinions and handling various oil and gas issues.

Mike returned to his hometown with Christy and his two children, Nataly and Chase, after practicing law in Oklahoma City.

I moved back to Ardmore and went to work with my father and another gentleman. I handled and tried miscellaneous civil cases and some criminal cases and evolved into my current area of practice handling bank and commercial litigation and oil and gas matters. I have been fortunate in having handled and tried cases in courts around the state, including federal courts, up until about 10 years ago, when I started easing out of trial work. 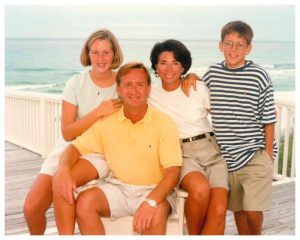 Mike’s family is an important aspect of his life. “Someone once told me, ‘You can’t be a good attorney, a good parent and husband and a good golfer all at the same time,’ so I conceded golf, which is my excuse for being a poor golfer.” Throughout his career, Mike has taken this advice to heart and has tried to find a work-life balance. While his children were growing up, he participated as much as he could in their activities. “I coached my son’s soccer team and attended my daughter’s dance recitals when they were little, and when they got older, we took them to tennis lessons and attended their tennis matches.” The Mordys took lots of trips to Colorado to ski in the winter and to the beach and summer camps during the summer.

His daughter, Nataly, now lives in Denver and works for Charles Schwab Corporation’s corporate office in management. Chase, Mike’s son, works as a construction manager in Santa Monica, California, where he lives with his wife and 3-year-old daughter, LivAnn, who lovingly calls Mike “Pops.” Although Nataly and Chase no longer live in Oklahoma, Mike and Christy still visit them regularly.

When he’s not working or spending time with his family, Mike enjoys working out, playing golf and “jogging,” previously referred to as “running.” He used to run a marathon every year.

'The Los Angeles Marathon was one of my favorites because I ran it with my son, Chase. I had some great and funny experiences while running in other marathons and met some fun and interesting people along the way. At the White Rock Marathon in Dallas, I ran up alongside two men holding hands and singing songs with smiles on their faces. One man was blind, and the other was his friend leading him along… they always come to mind when I think of true friendship!" 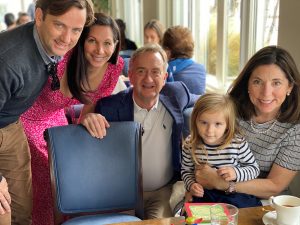 Although it’s been almost a decade since Mike laced up his sneakers to run another 26.2-mile race, he still believes a great year-end finale is to run a marathon.

He also enjoys traveling with Christy. Last summer, the two visited Paris, France. Before COVID-19, they would also make trips to see their children and granddaughter about every month and a half. During these trips, the Mordys like to take in all of the events, including local baseball games. “We were in downtown Denver visiting my daughter one Sunday. When church was over, we just walked over to the Rockies’ baseball stadium, drank beer, ate hotdogs and had big fun,” he said.

PLANS FOR THE OBA

As he steps into his role as president, Mike is focused on improving OBA communications. “I would like to figure out how to better communicate benefits and services from the bar association to attorneys.” Mike recognizes there are a lot of programs and cost-saving measures available to OBA members that many do not know about. He also believes the association’s communications might be more streamlined. “Things are changing in how people communicate. Rather than just blasting off emails, I’d like to try to find a better way to communicate to members of the OBA.” 2021 is sure to be a successful year under Mike’s capable leadership.

I wish I had invented…
The Apple iPhone

Strategy for coping with COVID?
Don’t dwell on it

Best family tradition?
Getting together for Thanksgiving

What mistake did you learn the most from?
Not being sufficiently prepared for a trial