Domestic violence, also known as intimate partner violence, impacts more than 10 million women and men every year.1 It can cause physical, mental and financial damage to its victims. Victims are often subjected to abuse that follows them after they leave their homes and go to their workplaces. Abusers may come to the victim’s job to harass them or may even be a coworker of the victim.2 Many employees attempt to hide the abuse they have been facing in fear they will lose their employment or disrupt the workplace. In fact, 21 to 60% of victims of intimate partner violence lose their jobs due to issues relating to the abuse.3 Many of these victims struggle with unsympathetic employers who prefer to avoid discussing the situation by firing the abused employee.

Title VII of the Civil Rights Act of 1964 (Title VII) prohibits employers from discriminating against employees on the basis of sex, race, color, national origin and religion.4 Employees who faced discrimination due to domestic violence were traditionally overlooked when it came to protections under federal anti-discrimination laws. However, Title VII is being increasingly applied to groups that were not originally protected, including victims of domestic abuse who may be facing employment discrimination.5 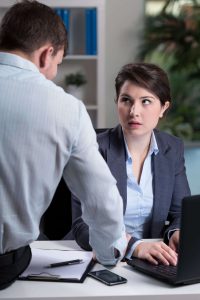 Disparate treatment occurs when members of a protected group have been denied the same employment opportunity or equal treatment offered to other employees.6 According to the EEOC, disparate treatment based on sex includes treatment based on sex-based stereotypes that can target both men and women.7 Employers may discriminate against female employees who face domestic violence by terminating them to avoid future “drama” in the workplace. The presumption that battered women will bring drama into the workplace is a sex-based stereotype that is potentially unlawful discrimination under Title VII. 8

Oftentimes, batterers may be employed at the same place as their victim. Victims of domestic violence could possibly prevail in a Title VII discrimination claim by showing disparate treatment by the employer. For example, the employer treats the batterer and victim differently upon learning of the abuse, especially if the employer terminates or takes an adverse employment action against the victim but not the abusive co-employee. Additionally, an employer cannot deny a female employee who is a victim of domestic abuse unpaid leave to testify in a criminal prosecution of her alleged abuser for domestic violence if the employer allows male employees to use unpaid leave for a court appearance in a criminal prosecution of assault.11

The disparate impact theory is often difficult in practice because it has a high evidentiary requirement for victims.12 However, victims of domestic violence may indirectly lose their jobs from issues stemming from the abuse. Such issues could include taking time off work to allow injuries to heal or to seek counseling. Victims with children may be dealing with seeking medical help for any injuries their child has sustained from domestic violence. This can often lead to employees missing multiple days of work due to their status as a victim or survivor of domestic violence.13

Victims may be able to seek time off from work for issues relating to domestic abuse under the Family Medical Leave Act (FMLA). FMLA provides guaranteed leave from work due to serious health conditions for themselves or their family.19 Should a victim employee need to take time off work to deal with physical injuries from domestic violence or to seek help from trauma stemming from the abuse, employers covered under FMLA must typically grant them leave. In order to qualify for FMLA leave, the employee must work for an employer that is covered by the law, and the employee must have worked for the employer for at least 12 months, accumulating at least 1,250 hours of work in those 12 months.20 If an employee requests or takes leave under FMLA to address injuries sustained from domestic abuse, their employer may not terminate them for missing work.

Many states have taken measures to protect victims of domestic abuse from facing penalties in their jobs for dealing with the abuse. Some states have their own comprehensive family leave laws in addition to FMLA. Many states also have specific statutes that protect domestic violence victims from being discharged or discriminated against for issues related to domestic violence.21 Many of these states also have statutes that require paid and unpaid leave for domestic violence survivors who take time off to seek medical care or attend court proceedings. In Oklahoma, for example, 21 O.S. §142A-2 suggests that employers allow victims to attend court proceedings without penalty in the workplace.

Employers have been known to make excuses to terminate victims of domestic violence. Such excuses may include the employer falsely claiming the employee was underperforming and would have been fired anyway. They may also claim the batterer’s appearance at the victim’s workplace was the “last straw” after a victim had underperformed in the workplace, and the victim would have been terminated anyway.22 Employers seeking to improve their workplace for employees who are victims of domestic violence and avoid potential claims of gender discrimination should be alert and look for signs of abuse in employees, discuss issues related to the abuse with the employee and provide flexible leave time should the employee need it. 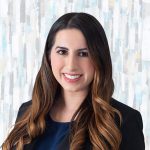 Mary Rahimi-Ahrabi is an attorney at the Mazaheri Law Firm in Oklahoma City, where she practices employment law, immigration law and general civil litigation. She graduated from the OU College of Law in 2020.