Intersectionality: Understanding a New Subcategory of Discrimination Under Title VII

Linda is a woman over 40 who is terminated from her bustling job in downtown Oklahoma City. She is an excellent employee and has worked at her job for 30 years. Linda has tried to understand why her long-time employment ended so abruptly, and after looking back, she noticed there was a pattern of women “of a certain age” being replaced by much younger women. Looking at the situation, it is difficult for her to claim that she was fired for being a woman because all the women under 40 are still securely employed. Additionally, it is difficult for her to say she was fired for her age because all the older men over 40 also still possess their jobs. She concludes the actual reason for her termination is not that she is a woman or that she is older than 40, but because she is a combination of these two immutable characteristics – an “older woman.” These two immutable characteristics are now a subcategory of a protected class under Title VII, and the discrimination she has experienced is best explained as intersectionality: The intersection of the experience of being a woman and the experience of being over 40.

PART I: INTERSECTIONALITY AND THE BLACK WOMAN

Kimberlé Crenshaw is a professor of law at Columbia Law School.4 She has spent more than 30 years studying civil rights, race and racism.5 In 1989, she published an article titled “Demarginalizing the Intersection of Race and Sex” in the University of Chicago Legal Forum.6It was in this article that she first used the term “intersectionality” and where she explored its boundaries.7 In her paper, Crenshaw argued the court seemed to take a narrow approach to racism and sexism, thinking of these concepts as single issues.8 But Crenshaw argued that Black women faced both racism and sexism in a different way than racism and sexism experienced by either Black men or white women.9 Black women had experiences that were more than just racism or just sexism, but rather, they had experiences made up of the combination of both.

One of the three cases Crenshaw used to show the extra challenges Black women faced was a 1977 8th Circuit Court of Appeals case, DeGraffenreid v. General Motors.10 This case involved General Motors, a company that did not begin to hire Black women until 1964.11 Following the recession of the early 70s, the company’s seniority policy required the company to layoff the newest members first, who were primarily Black women.12 The plaintiffs could not show there was race discrimination because Black men continued working for the company.13 They could not show there was sex discrimination because white women were being hired by the company even before the Civil Rights Act.14 Crenshaw used this case to show that this claim was clearly not just based on racism or sexism alone but the combination of the two.15 The 8th Circut, however, thought combining the racism and sexism claims would not be workable.16 The court stated there was no reason demonstrated by plaintiffs that showed Black women needed to be treated as their own special protected class.17 Crenshaw argued in her paper that “by treating Black women as purely women or purely Black, the courts, as they did in 1976, have repeatedly ignored specific challenges that face Black women as a group.”18 Under the court’s view, Black women are only entitled to relief when their experiences coincide with the experiences of the Black man and the white woman.19

This idea of intersecting traits has continued to expand to cover more than just racism and sexism. Intersectionality can be any combination of traits, including gender, age and race.20 It can also include other characteristics like sexual orientation, nationality and disability.21 Intersectionality can make a legal claim much more complicated because laws often address only one type of discrimination rather than the intersection and combination of multiple traits working together. For Linda, the intersection of her femaleness and her aging resulted in her having a completely different experience (the experience of her employment being terminated) than the experience of her other female colleagues and the experience of her male colleagues of the same age (both groups of which remained securely employed). Linda will need to sue her employer under a claim of sex-plus-age discrimination because she will be unable to win on a sole sex claim or an age claim alone. The work of Kimberlé Crenshaw brought to light this issue of intersecting discrimination claims; with the help of slow-moving courts, it provided Linda with a cause of action against her employer.

PART II: INTERSECTIONALITY AND ITS EVOLUTION 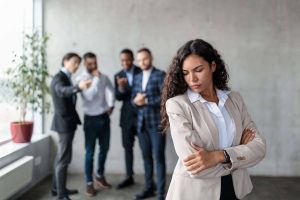 The case law in this area has been challenging. In addition to the cases discussed by Crenshaw in her paper detailing the struggle Black women had in winning sex-plus discrimination cases, the United States Supreme Court has provided little guidance on sex-plus discrimination. In 1971, the court ruled in favor of a female plaintiff who alleged she was not hired for a job position due to having preschool-age children, while men with the same age children were being employed with no issues.25 The plaintiff did not solely allege sex discrimination because other women were hired, but she alleged sex-plus-motherhood discrimination.26 The court held that the company could not have differing hiring policies for men and women.27

Bostock was brought to the Supreme Court as a result of several plaintiffs being fired for being homosexual or transgender,32 and plaintiffs alledged this was sex discrimination under Title VII.33 The respective circuit courts hearing these cases were split in their rulings, so the Supreme Court decided to grant certiorari to determine whether termination for being homosexual or transgender qualified as sex discrimination under Title VII.34 In an opinion written by Justice Gorsuch, the court ruled that “the answer is clear. An employer who fires an individual for being a homosexual or a transgender fires that person for traits or actions it would not have questioned in members of a different sex. Sex plays a necessary and undisguisable role in the decision; exactly what Title VII forbids.”35 The test in Bostock is relatively simple. If an employee is fired for certain traits or behaviors but that same trait or behavior is tolerated in another employee of the opposite sex, then it is discrimination based on sex.36 “[I]f changing the employee’s sex would have yielded a different choice by the employer – a statutory violation has occurred.”37 The decision in Bostock has partially lifted the burden for plaintiffs to prove and has helped shape a relatively new cause of action in employment sex discrimination cases under Title VII, referred to as sex-plus discrimination. Sex-plus discrimination means the employee was discriminated against based on sex and some other additional characteristic that was tolerated in an employee of the opposite sex. Shortly after the Bostock ruling, the 10th Circuit Court of Appeals ruled on a sex-plus-age employment discrimination case, Frappied v. Affinity Gaming Black Hawk, LLC.38 This case was brought before the 10th Circuit when a casino laid off employees, eight of who were women over 40 years of age.39 The women sued the casino claiming it was discriminating against older women.40 Using the precedent set by Bostock, the 10th Circuit ruled that a sex-plus-age claim can be brought under a Title VII cause of action for sex discrimination.41 The case explained that it did not matter that age was not a protected characteristic under Title VII.42 Quoting the Bostock opinion, the 10th Circuit said, “So long as sex plays a role in the employment action, it ‘has no significance’ that a factor other than sex ‘might also be at work.’”43

In 2020, the Supreme Court finally made the standard for sex-plus discrimination clear in its precedential Bostock ruling. The employee would need to show that if she had been a man, she would not have been terminated. This has given the much-needed guidance to the lower courts on how to handle the sex-plus discrimination claims and has allowed for the 10th Circuit to make its precedential sex-plus-age ruling in Frappied. Now that the law is better defined, plaintiffs like Linda and others with intersectional characteristics have a better chance at proving their intersectional discrimination claims. 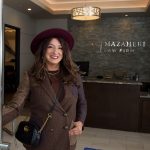 Katherine Mazaheri is the founder and managing attorney of Mazaheri Law Firm, an all-female team of modern attorneys who have gained a reputation for taking on cases that attack various social injustices, helping families in crisis and providing creative legal solutions for businesses. Her practice includes employment litigation, educating the community on legal issues through speaking engagements and publications in employment law, sexual harassment, the gender gap, domestic violence and other Title VII cases.

Chelsi Chaffin Bonano is an asssociate attorney of Foliart, Huff, Ottaway & Bottom. Her litigation practice focuses on the representation and defense of medical and healthcare professionals, including physicians, nurses, hospitals, surgery centers, nursing homes and mental health professionals. She is a recent graduate of the OCU School of Law.