Calculating economic losses in employment termination cases soon will likely become more important: The U.S. Supreme Court recently determined1 that employment protections under Title VII of the Civil Rights Act extend to sexual orientation and gender identity. Otherwise, economic losses are awardable as damages in federal employment cases from discrimination based on sex, race, religion, age, disability and pregnancy under various federal statutes. Attorneys may hire an economist to calculate the economic losses. This article describes the methods economists use for their calculations and reviews whether these approaches are permissible under federal statutes and case law from the 10th Circuit. Eight key elements are examined.

Economists have calculated economic losses from lost earnings in federal employment termination cases.2 They typically base their calculations on the worker’s earnings at the time of the termination or on an average of past earnings. This information is typically available from tax returns, W-2 statements and pay stubs. Economic damages are awardable in federal employment termination cases for lost earnings to make the terminated worker whole.3 Both back (pre-trial) pay4 and front (post-trial) pay5 are recoverable, although reinstatement may be preferred as a remedy to front pay.6 In the 10th Circuit, factors to be considered include “work life expectancy, salary and benefits at the time of termination, any potential increase in salary through regular promotions and cost of living adjustment, the reasonable availability of other work opportunities, the period within which a plaintiff may become re-employed with reasonable efforts, and methods to discount any award to net present value.”7 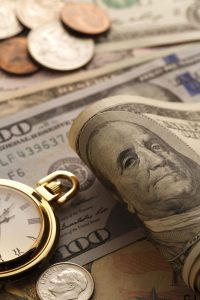 The pecuniary value of a worker’s employment benefits could be based on the cost incurred by the employer to provide them. This amount may be different than the replacement cost to the terminated worker in the market due to group rates and tax deductibility. Alternatively, economists may identify the value of lost employment benefits as a percentage of annual salary8 or use national or occupation-specific average costs for employers.9The Bureau of Labor Statistics regularly provides this information.10 Currently, the average cost of worker employment benefits for employers is 29.9% of compensation for private-sector workers and 37.7% of compensation for public-sector (government) workers.

Economic losses from lost employment benefits are awardable in 10th Circuit employment termination cases,11 with one notable exception. Lost benefits have not been awarded when the terminated worker did not pay to replace the lost benefit and incurred no costs from the benefit being lost,12 as may be the case with health insurance.

Federal courts in employment termination cases have accepted each of these approaches, although the 10th Circuit has explicitly recognized the appropriateness of worklife expectancy.15 In the 10th Circuit, damages for lost pay have been awarded for relatively short periods, such as two years of back pay and no front pay,16 and relatively long periods, such as 13 years of lost front pay.17

Economists typically assume terminated workers attempt to mitigate damages by searching for another job. In turn, economists calculate lost earnings by subtracting actual or projected earnings after the termination, if any, from projected earnings without the termination. This is required in federal employment cases,18 including those in the 10th Circuit.19 The worker must exercise reasonable diligence seeking replacement employment20 but is not required to accept a demotion.21 The terminated worker otherwise forfeits the right to damages, but it is the defendant’s burden to prove the plaintiff did not use reasonable diligence.22

Collateral source rules typically stipulate that income and benefits from third-party sources should not be deducted from the economic losses to prevent the wrongdoer from receiving a windfall. The 10th Circuit retains wide discretion over how to handle collateral benefits in employment cases.23 Unemployment benefits24 and disability benefits25 should not be deducted in the 10th Circuit, but severance pay from the terminating employer should be.26 Other findings are mixed. Social Security income has27 and has not been deducted;28 pension income has29 and has not been deducted30 as well.

Wages typically grow over time with price inflation to maintain purchasing power and with technological advances as workers become more productive. Wages also increase over a career as workers gain experience and skills. Economists may use a worker’s past rates of salary increases to project future wage growth. When information on a worker’s past earnings is not available, economists may predict future wage growth using historical growth rates experienced by all or part of the labor force, provided in several reports from the Bureau of Labor Statistics.31 In addition, economists forecast wage growth for several federal entities such as the Congressional Budget Office, the Council of Economic Advisers and the Social Security Advisory Board.32

Economists typically discount future losses to present value in their calculations.36 This is because a lump-sum payment made today will grow over time when invested. If the nominal amount of future losses was paid in the present without discounting, this damage award plus interest when invested would grow to a larger amount in the future than the losses. Economists have used three methods to discount future losses to present value: the “case-by-case” method, where the rate used to project future wage growth and the interest rate used for present value discounting are independent of each other; the “below-market” discount method, where the wage growth rate and the discount rate are both identified excluding inflation, so these adjustments are made using real values with inflation offset; and the “total offset” method, where the rate of wage growth is assumed to be exactly equal to the interest rate used for discounting, resulting in no adjustments because the two offset each other.

Federal courts direct future losses to be discounted to present value,37 but the only guidance given on the discount rate to use is that it should be “the best and safest investments.”38 Courts in the 10th Circuit have typically set the wage growth rate and the discount rate separately.39 In a first exception, some 10th Circuit courts have used a “net discount rate,” defined as the interest rate for discounting minus the rate of wage growth.40 One 10th Circuit court recommended a range of 1 to 3% for the net discount rate.41 A second exception has been where the court neglected both to include future wage growth and to discount future losses to present value.42 The court assumed the two canceled each other out.

Economists may base their discount rate on historical averages, current rates or forecasted future rates. Historical averages may be made over the past 20 or 30 years or over a past period whose length mirrors the period into the future over which losses are projected. Current rates represent the rates at which a lump-sum payment could be invested today but may not accurately reflect future rates.43   Forecasted future rates are provided by economists for the Social Security Advisory Board, the Congressional Budget Office and the Economic Report of the President.44

10th Circuit courts have the discretion to adjust damage awards for taxes.51 The 10th Circuit had traditionally concluded that tax adjustments were inappropriate,52 but this circuit now may provide these adjustments in response to changes in the federal tax code.53 Testimony from an economist may help the court quantify the size of the necessary adjustment.54

This article summarizes the stipulations and guidance provided by federal statutes and 10th Circuit case law for eight important elements economists typically address in their damage calculations. This summary is designed to give economists and attorneys a better understanding of the methods and techniques that are permissible in 10th Circuit employment cases. 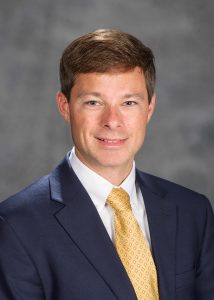 Charles L. Baum II is a professor of economics at Middle Tennessee State University, where he has taught since 1999. Mr. Baum received his Ph.D. in economics from the University of North Carolina-Chapel Hill earlier that year. He has served as an economics expert for plaintiffs and defendants in over 500 cases around the U.S.