Affidavit of Support Implications in Divorce 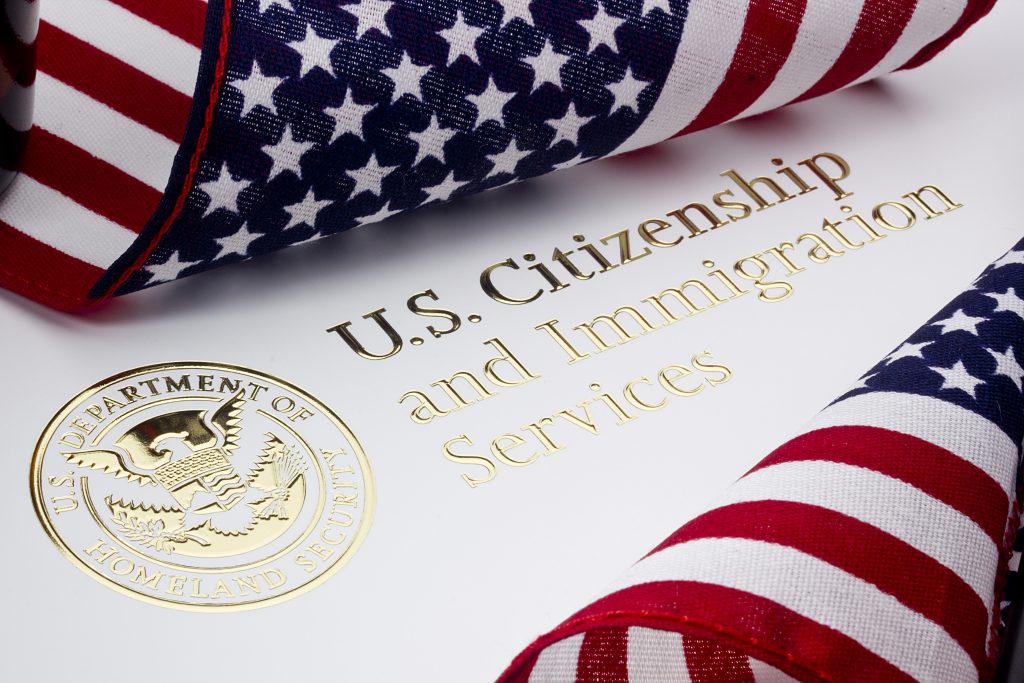 Being the spouse of a United States citizen is the most common way to attain lawful permanent resident status, informally referred to as “getting a green card.” Each year the United States Citizen and Immigration Services (USCIS) admits more lawful permanent resident statuses through marriage than any other major type of admission.1 In a country where nearly half of all marriages end in divorce,2 couples using marriage as grounds for obtaining a green card face special issues during their divorce and even after. Because Oklahoma has one of the highest divorce rates in the country, with as many as two out of every three marriages ending in dissolution,3 family lawyers should be especially aware of the implications that come through marriage-based immigration.

When a principal applicant for lawful permanent resident status seeks to immigrate using their spouse as a sponsor, the sponsoring spouse must submit, amongst a host of other things, an Affidavit of Support.4 The affidavit is required to show that the immigrant will have adequate means of financial support and will not become a public charge.5 Form I-864, an Affidavit of Support, is a legally enforceable contract between the federal government and the sponsoring spouse.6 A sponsoring spouse accepts legal responsibility for financially supporting their alien spouse until they either become a United States citizen, die or are credited with 40 quarters of work (approximately 10 years). Divorce does not end that financial obligation.7

Signing an Affidavit of Support puts a sponsor in privity with both the beneficiary spouse and also with the federal government. If at any point before citizenship is granted or the 10 years pass, the beneficiary spouse receives means-tested public assistance from a federal, state or local agency, that agency can legally sue the sponsor and require him to repay the money that the agency provided to the beneficiary.9 The term “means-tested public benefits” include food stamps, Medicaid, Supplemental Social Security Income (SSI), Temporary Assistance for Needy Families (TANF) and the State Child Health Insurance Program.10 This area of immigration practice has seen a lot of discussion lately, with recent memorandums released by the Trump Administration criticizing governmental agencies for not properly enforcing reimbursement.11

In addition to the privity between the United States and the sponsor, the signor of an Affidavit of Support also obliges themself to the beneficiary and pledges to maintain the spouse at 125% above the federal poverty line. The current federal poverty line for a single household is $12,490,12 and 125% of that amount results in a promise to maintain the beneficiary at an annual income of $15,612.50. Several interesting arguments can be crafted by an attorney who is aware of the implications of an Affidavit of Support. Oklahoma courts, albeit in unreported case law, recognize the Affidavit of Support as a cause of action, independent of divorce that can be brought by the beneficiary ex-spouse.13 Oklahoma case law presently offers no precedent utilizing the Affidavit of Support as a consideration for spousal support awards in divorce proceedings, however, divorce attorneys in other states successfully argue it as both grounds for spousal support or, alternatively, as a separate support obligation apart from the divorce itself.

In Erler v. Erler, a California court order granted separate enforcement of the I-864 pledge of support despite the divorce judgment not recognizing it due to a premarital contract. There, the Turkish ex-wife succeeded in an appellate action to enforce the I-864 obligation.14

Thus, under federal law, neither a divorce judgment nor a premarital agreement may terminate an obligation of support. Rather, as the Seventh Circuit has recognized, “[t]he right of support conferred by federal law exists apart from whatever rights [a sponsored immigrant] might or might not have under [state] divorce law.” We therefore hold that the district court correctly determined that Yashar has a continuing obligation to support Ayla.15

Enforcing the obligation as part of an award for spousal support was recognized in Motlagh v. Motlagh.16 During a divorce, initiated by the sponsoring spouse, the lower court concluded that the I-864 affidavit was not an obligation to pay defendant 125% of the federal poverty line and that the husband was only obliged to act as a “safety net.” This decision was reversed by the court of appeals, holding that the husband was required to satisfy his support obligation by paying whatever amount was necessary for the beneficiary spouse to reach the 125% mark, permitting consideration of all income sources that the beneficiary receives. The court explained that this could be achieved either through a spousal support order arising from the divorce proceedings or a separate I-864 support obligation enforcement action.

Other courts, however, go the opposite direction, finding the I-864 inadequate as grounds for spousal support. In 2014, an Intermediate Washington State Appeals Court shot down the Motlagh argument reasoning that the state’s statutory factors listed for consideration in awards of spousal support do not include an I-864 obligation.17

Creative lawyering in this area could help forge a new argument for Oklahoma clients seeking spousal support as more attorneys become aware of the ongoing obligations that the I-864 creates. The argument could also be used to defend against spousal support by pointing out that the obliging spouse will continue to face liability from federal agencies on behalf of any assistance his ex-spouse receives during whatever time remains under the 10-year pledge.

As the Oklahoma immigrant community continues growing, these family law arguments are likely to develop and grow as well, highlighting how many hats a divorce lawyer wears every day as we answer questions ranging from immigration policies to tax concerns. Knowing all these legal issues while balancing a client’s emotional stress during one of the hardest times of their lives makes for a well-rounded and well-informed family law practice.

ABOUT THE AUTHORS
Sajani “Ann” Zachariah immigrated to the United States in 1984 at 5 years old. She graduated from the OCU School of Law in 2011, joining Mazaheri Law Firm in 2012. She practices family law and immigration law, two areas in
which she has personal experience.