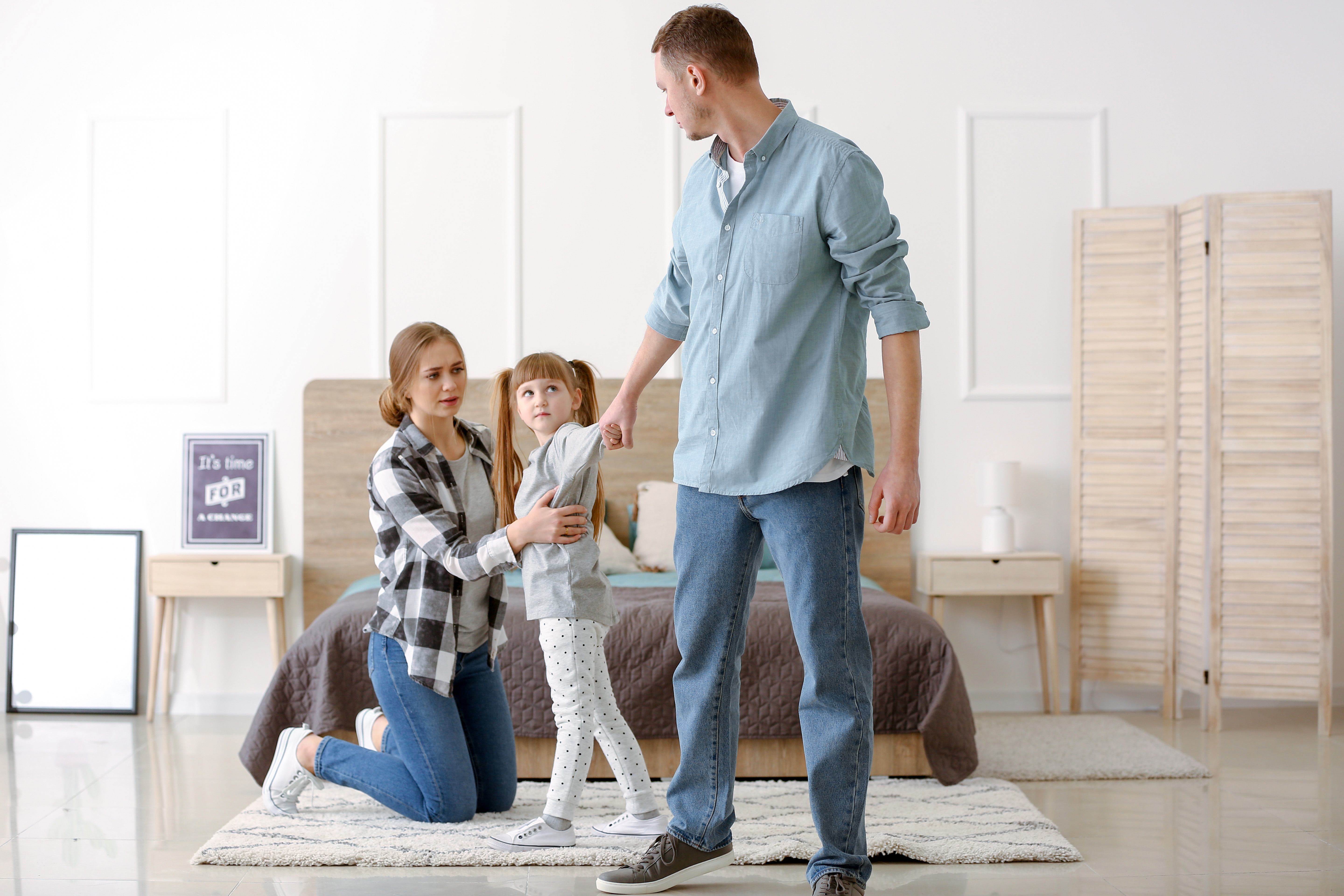 All family law cases start with a jurisdiction analysis, and a family law jurisdictional probe is often more complex than other types of civil litigation. The initial case review depends upon what is happening (e.g., original dissolution of the marriage action, paternity determination, post decree child custody modification, post decree child support modification, guardianship, adoption, international child abduction, etc.). If called upon to represent a client in a family law case, one must gather enough initial information to determine the nature/type of the pending family law proceeding.

Further, in the appropriate case (i.e., one involving a custody determination of a child or children), one must make a determination on whether or not a court is an inconvenient forum under the provisions of the Uniform Child Custody Jurisdiction and Enforcement Act (UCCJEA).1 As hard as we may try, we cannot predict the future. Because life’s only constant is change, courts, when asked, will consider establishing child custody orders based on a best interest determination and will modify a child custody order when a continuing change in circumstances necessitates new orders. At the core of every child custody order – whether it be the original order or a modification – is the court’s jurisdictional power to act.

WHAT IS FORUM NON CONVENIENS?
A forum non conveniens is a court’s discretionary power to decline to exercise its jurisdiction where another court may more conveniently hear a case.2

Take time in your jurisdictional analysis to read and understand statutory terms before applying them to your case facts. Such an effort will go a long way in correctly understanding the jurisdictional question(s), as well as helping you clearly explain your position both to your client and the court.

Further, the UCCJEA is expansive in scope. It applies to all states and territories,9 tribes10 and foreign countries.11

STRUCTURE OF THE ANALYSIS

If no prior child custody determination exists, then you must plead why the Oklahoma court has initial child custody jurisdiction under 43 O.S. §551-201. This is generally a home state examination (i.e., where the child resided for the last six months immediately preceding the commencement of the action per 43 O.S. §551-201(A)(1)). In determining whether to exercise initial child custody jurisdiction, the Oklahoma court may make an inconvenient forum determination.18 Again, this can be raised “upon the motion of a party, the court’s own motion, or request of another court,”19 but it should be noted that the UCCJEA expressly rejects the idea of comparing two jurisdictions in order to decide which state has the most significant connections. A state has jurisdiction if it meets the requirements of 43 O.S. §551-201(A)(2). The comparison between the two states is part of the 43 O.S. §551-207 analysis on forum non conveniens. If more than two states have jurisdiction then the section on simultaneous proceedings applies.20

KEY STATUTE
43 O.S. §551-207(B) sets out at least eight relevant factors for the court’s consideration. The court shall allow the parties to submit information (evidentiary hearing) and shall consider all relevant factors.

The inconvenient forum analysis comes into play when a state has assumed initial child custody jurisdiction, usually a home state, but there is another state other than the child’s home state which would be more appropriate to hear the case. Once the inconvenient argument is raised, the home state court will conduct an evidentiary hearing as required by 43 O.S. §551-207(B). During this evidentiary hearing, parties will submit information and the court will consider all factors it considers relevant, eight of which are laid out in subsection (B):

This list of factors is not exclusive, and courts are free to consider factors outside of these eight.21 Further, courts need not consider every factor, but must only consider relevant factors.22 Additionally, the home state court may communicate with another state pursuant to 43 O.S. §551-110 before making a decision on whether to retain or decline jurisdiction.23

With respect to these eight factors, there are notes in the comments of the UCCJEA written by the National Conference of Commissioners on Uniform State Laws which help add meaning to the factors. Under factor 1, the court should consider whether the parties are in different states as a result of domestic violence.24 Under factor 3, even if there is a significant distance between the parties, the distance may be alleviated by 43 O.S. §551-111 taking testimony out of state and/or
43 O.S. §551-112 cooperation between courts, preservation of records.25 Lastly, with respect to factor 7, the court can look to the procedure and evidentiary laws of the two states, the flexibility of the court docket and whether one of the courts would be able to arrive at a solution to all legal issues raised.26

The procedure of 43 O.S. §551-207 and its factors are illustrated in the recent Virgin Islands Supreme Court case of Gayanich v. Gayanich.27 In this case, Mr. and Mrs. Gayanich were married in Oklahoma and had two children here in 2014 and 2015. In January of 2016 the parties moved to St. Croix, Virgin Islands.28 In August of that year, Mrs. Gayanich moved back to Oklahoma and Mr. Gayanich soon thereafter filed a divorce and custody proceeding in the Virgin Islands.29 The children were 2 and 3 years old at this time and had spent all but the last eight months in Oklahoma, yet under 43 O.S. §551-201(A)(1) the Virgin Islands were considered their home state.30 In this case, the trial court found it had home state jurisdiction because the children had lived in the Virgin Islands with their parents for the six months immediately preceding the commencement of Mr. Gayanich’s case.31

In response to this finding of jurisdiction, Mrs. Gayanich filed a motion to dismiss for lack of jurisdiction and more notably for this discussion a dismissal based on forum non conveniens. The trial court then held an evidentiary hearing as required and weighed the 207(B) factors. The court found evidence on three of the factors most relevant and persuasive. These included the length of time the children had resided outside the Virgin Islands, the relative financial circumstances of the
parties and the nature and location of the evidence required to resolve the pending litigation.32

First, the children had lived in the Virgin Islands for eight months at the time the case was filed and they were 2 and 3 years old at the time of filing. The court found that this factor did not weigh heavily in favor of either Oklahoma or the Virgin Islands.33 Second, the court looked to not only the parties’ income from their respective jobs, but also the contributions given to them by family members to consider their financial circumstances. The court found that the parties’ assets, debts and family members who contribute to the parties were located in Oklahoma.34 Third, the Virgin Island trial court found that a majority of the evidence was located in Oklahoma: 11 of the 13 witnesses to be called reside in Oklahoma, both parties were originally from Oklahoma, both parties’ extended families reside in Oklahoma and evidence of parenting such as medical records, doctors and childcare were all located in Oklahoma.35

ONCE YOU HAVE PROVEN ANOTHER STATE IS A MORE CONVENIENT FORUM
Per 43 O.S. §551-207(C), if a court determines it is in an inconvenient forum and that a court of another state is a more appropriate forum, it shall stay the proceedings upon condition that a child custody proceeding be promptly commenced in another designated state and “may impose any other condition the court considers just and proper.”

Venue transfer between Oklahoma counties based on forum non conveniens is governed by 43 O.S. §103. The analysis is the same. One just substitutes the word state for county in the intra-state examination and uses the factors set out in 43 O.S. §551-207(B).

CONCLUSION
For the family law attorney, being able to navigate the UCCJEA is a necessary, but at times a foggy journey. One of the trickiest parts to understanding the UCCJEA is knowing how the different provisions work together. At first glance, it is unclear how 43 O.S. §551-207 can be used (whether in an initial proceeding, when there are two pending cases or how provisions like §110 Communication Between Courts can fit in). Our hope is that we added a little meaning to the inconvenient forum provision and helped tie it into the bigger picture of the UCCJEA.

ABOUT THE AUTHORS
Phillip J. Tucker is the founding partner of The Tucker Law Firm in Edmond. He received his J.D. from the OCU School of Law in 1983. He was 2004 chair of the Family Law Section, serves as a senior co-editor of the section’s Family Law Practice Manual and is involved in the section’s Legislative Committee.

Becky Bryan Allen is a new associate with The Tucker Law Firm, earning her J.D. from the OU College of Law in 2019. In law school, she was a member of Oklahoma Law Review and OU’s ABA mediation team. She was admitted to practice in September 2019 and is a member of the Family Law Section.