Powers of Attorney With Gifting Powers: The Double-Edged Sword of Elder Law 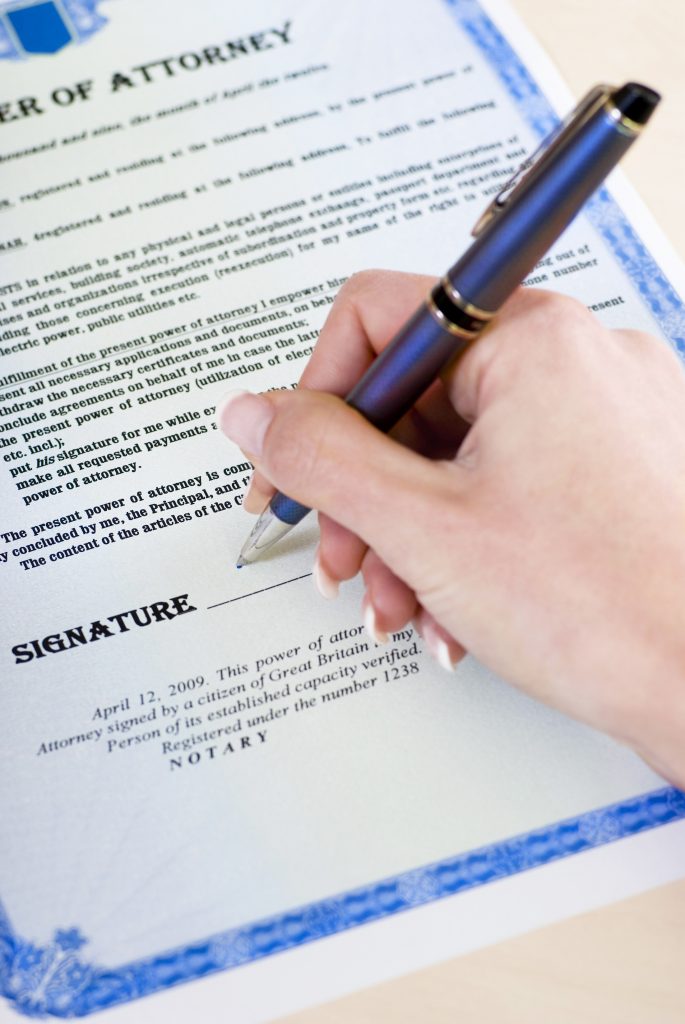 Three years ago, Billy began to suffer signs of dementia and it became apparent that he needed someone to assist in the management of his affairs. Great-nephew Zeke came to the rescue. Zeke’s spouse, an educated and generally sharp individual, drafted a power of attorney for Billy to sign granting Zeke a general durable power of attorney that included gifting powers. Zeke, using that power of attorney, executed beneficiary designation forms, joint tenancy deeds, and other such documents to assure that he received Billy’s worldly goods. Eventually, Billy succumbed to dementia. The heirs at law, which did not include Zeke, were furious. Litigation commenced and insults were exchanged.

On the other hand, consider Mary and William who have been married almost 58 years. Mary’s health has deteriorated and she now needs long-term care. The only substantial asset remaining is the homestead, which is held in joint tenancy. Fortunately, William holds Mary’s general durable power of attorney. Unfortunately, this power of attorney is the state statutory form,1 which contains no gifting powers. Mary is receiving Medicaid assistance to pay the substantial cost of her care, and William has been advised that he has one year to remove Mary’s name from the title to their homestead. The social worker has advised that if Mary’s name is still in title at the end of the year, Mary will have too many assets to be eligible for Medicaid assistance. Such a loss of assistance would be devastating for Mary and her husband William.

These two scenarios and thousands more like them, demonstrate both the need for gifting powers in a power of attorney as well as the danger of abuse that accompanies such power. There appears to be an important gap in Oklahoma law that deals with the use of gifting powers. There are, however, some Oklahoma cases that should be considered.

ESTATE OF ROLATER
First, consider In re Estate of Rolater, wherein an agent transferred certain stock belonging to the principal into his own name using a general durable power of attorney.2 The court admitted that it was difficult to read the copy of the power of attorney document, but from the language recited by the court, there appeared to be no gifting power in the document.3 The court held that there was no presumption of the principal’s intent to give and that the element of donative intent, the first essential element of a gift, must be proved by evidence that is “clear, satisfactory, and unmistakable…”4 The court opined that the agent had acted under a misapprehension that his power of attorney gave him more or less “omnipotent control of his principal’s property.”5 The court advised that such a notion was ill-founded.6 The court held that “in exercising granted powers, the attorney is bound to act for the benefit of his principal avoiding where possible that which is detrimental unless expressly authorized.”7

The concept of acting “for the benefit of his principal” appears to be the crux of an important question that remains unanswered in the current state of Oklahoma law. Although Oklahoma statutes do state that an attorney in fact, “whether acting pursuant to a durable or nondurable power of attorney or otherwise, is bound by standards of conduct and liability applicable to other fiduciaries,”8 it is not completely clear to what level the agent must act exclusively in the best interest of the principal when the language of the document includes gifting and self-dealing powers. I would state the question like this: Where the principal executes a power of attorney containing gifting powers, must those gifting powers be executed and applied only for the benefit and best interest of the principal, or may those gifting powers be used for the benefit of the agent or other person chosen by the agent? The secondary question that arises out of the Rolater case is whether a general gifting power contained within a general durable power of attorney is sufficient to demonstrate the principal’s donative intent. The practitioner may find this particularly problematic where the gifting power is contained in a laundry list of other powers.

ESTATE OF ESTES
The Oklahoma Supreme Court has provided something of a primer on the issue of gifting and agency in the case of In re Estate of Estes.9 In very abbreviated terms, the court cited with approval In re Estate of Stinchcomb10 and held that the recipient of the principal’s property must prove by clear, explicit and convincing evidence all the elements necessary to establish an inter vivos gift.11 In Estes, the agent used a power of attorney to transfer almost all of the principal’s assets into her name or into joint tenancy with rights of survivorship.12 The agent argued that the principal intended her to take these actions but the court did not appear to give serious weight to this self-serving testimony of the agent.13 The court also considered that the principal’s name remained on title to some of the subject property.14

Unfortunately, for those of us practicing in the area of estate planning, the above cases do not appear to turn on power of attorney forms with gifting powers. Therefore, there remains a real chance that an appellate court could find that where such a power is found in a power of attorney form, the facts of the matter would fall outside of the existing case law in Rolater, StinchombandEstes. If that should occur, the court may look to the decisions of other states for guidance as there is not a developed body of Oklahoma law directly on point.

STEHLIK V. RAKOSNIK
Among cases that could be considered is the Nebraska case of Stehlik v. Rakosnik,15 wherein the agent received a power of attorney that included the power to make gifts.16 The agent utilized the power of attorney to make transfers of the principal’s money and real estate to himself and others.17 The agent used funds from the principal’s checking account for his own personal purposes.18 The Nebraska court considered a line of Nebraska cases, as well as cases from other jurisdictions, which were based upon policy concerns, to reach the conclusion that the broad power of gifting in a power of attorney is ineffective to empower the fiduciary to make a self-dealing gift without a specific statement allowing self-dealing.19 The court, therefore, reached the conclusion that an agent only has authority to effectuate a self-interest transfer of the principal’s assets where 1) expressly authorized by the power of attorney form or 2) when the act is in the best interest of the principal or consistent with the purpose and intent of principal.20

If an Oklahoma court were to find this case compelling, one might reasonably expect that the appellate court would set aside attempted transfers made by an agent under a broad gifting power. Such a decision may be of limited value in future cases because those agents who are sufficiently educated or lucky will simply add self-dealing powers to the general power of attorney that they prepare for the principal to execute in their favor and the abuse will continue unabated.

While the decision of this case goes directly to the question of whether an agent must exercise his duties in the principal’s best interest even when the power of attorney contains a gifting power, the persuasiveness of the case may be questionable as the court’s decision appears to turn largely on the legislative history of New York’s power of attorney statute27 and that statute is not replicated in Oklahoma law. Oklahoma courts may, however, still find the New York court’s reasoning and focus on the general purpose of power of attorney persuasive.

UNIFORM POWER OF ATTORNEY ACT
Finally, in 2006 the Uniform Power of Attorney Act was promulgated and certain sections of that act speak directly to the issue of self-dealing under a power of attorney. This act has been adopted by a majority of the states, with still more considering adoption currently.28 Although, Oklahoma has not yet adopted the act, the proposed revisions may still be persuasive to fill gaps in Oklahoma’s Uniform Durable Power of Attorney Act29 not yet addressed by Oklahoma courts or Legislature. Section 201 of the Uniform Power of Attorney Act discusses the types of authority that require specific grants: “(a) An agent under a power of attorney may do the following on behalf of the principal or with the principal’s property only if the power of attorney expressly grants the agent the authority… (2) make a gift.”30

Section 217 of the Uniform Power of Attorney Act specifically deals with gifts. This section states:

Going back to the story of husband and wife, Mary and William, one can reasonably reach the conclusion that there will be instances, and probably increasingly common instances, that an agent will need to self-deal and gift assets of the principal. There may also be situations where the courts will find such gifting and self-dealing to be not only appropriate, but even necessary for the integrity of the aging family. This may occur even where there is a complete absence of evidence that there was the “donative intent,” as required by the current case law.

In conclusion, there appears to be a growing need for a statutory update on the issue of powers of attorney that authorize gifting and self-dealing in Oklahoma. Our current statutory scheme leaves unprotected the most vulnerable members of our population, the elderly and infirm, and do not provide the courts strong tools to remedy abuses of power by those who take advantage of their principals by exploiting important tools used by thoughtful elder law attorneys.

H. Terrell Monks practices estate planning and probate in Midwest City and Edmond. He is an adjunct professor at Rose State College and is a 1997 graduate of the OCU School of Law. He is chair of the OBA Legal Internship Committee and a OBA Law Schools Committee member.