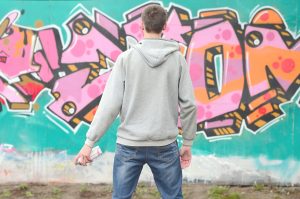 Laws applicable to deprived and delinquent matters are ever changing, albeit often in nuanced ways. A full understanding of deprived cases requires judges, attorneys, caseworkers and other court partners to appreciate the intermingling of legislation and case law governing foster care, adoptions, the Department of Human Services (DHS), mental health treatment and more. While delinquent dockets employ a different set of laws, a similar complex analysis is required to reach proper results. This article provides legislative and case law updates to the areas of deprived and delinquent law.1

10A O.S. §§1-4-709 and 1-4-906. Until recently, a parent whose parental rights to a child had been terminated could later become a permanent guardian of the same child. Effective Nov. 1, 2019, an amendment to Section 1-4-709 prohibits this result.2 In the same vein, Section 1-4-906 was amended to prevent DHS from “recommend[ing] a parent who has had his or her parental rights terminated to seek guardianship of a child in the custody of [DHS].”3

Notably, these recent changes do not altogether quash a child or parent’s hope that they might one day reestablish a legal relationship with each other after parental rights are terminated. For instance, a child who is at least 14 years old may seek reinstatement of a parent’s parental rights, subject to certain statutorily outlined conditions, such as the child not having achieved permanency.4 Also, upon filing of a motion, the court may set aside a parent’s permanent relinquishment or consent to adoption, subject again to the establishment of certain statutorily outlined criteria.5

10A O.S. §1-4-811. Deprived court practitioners know that courts are required to adopt permanency plans for every child placed in out-of-home custody.6 Prior to a recent statutory amendment, courts could do so without children at issue having been consulted. Effective Nov. 1, 2019, however, permanency plans “shall be developed in consultation with the child and, at the option of the child, with up to two members of the permanency planning team to be chosen by the child, excluding the foster parent and caseworker for the child,” subject to certain provisions.7 Therefore, permanency hearings should now include the court’s inquiry as to whether children have been consulted and whether such consultation was compliant with conditions set out in Section 1-4-811(A)(5). If those boxes have not been checked, the court should perhaps contemplate whether the DHS has utilized reasonable efforts or active efforts, where applicable, to reunify families.8

Matter of O.R., 2019 OK CIV APP 58, 459 P.3d 245. In this case, the Oklahoma Court of Civil Appeals (COCA) addressed whether a foster parent must object within five days after removal of a child from the foster home due to an emergency pursuant to 10A O.S. §1-4-805. Except in emergencies, 10A O.S. §1-4-805(A)(1)(a) requires that DHS give a foster parent five days’ notice before removing a child from the foster placement. After receipt of notice, a foster parent has five days to file an objection.9 Otherwise, the objection is waived. The statute does not require written notice be provided to foster parents when children are removed from a placement as a result of an emergency.

After learning that law enforcement seized drugs from a foster home, DHS removed O.R. from the home and did not provide written notice of the removal. Two months after the removal, the foster parent filed with the court an objection to the removal. The trial court found that the objection was not timely filed and therefore denied it.10 COCA reversed, holding in part that the motion was not time-barred because Section 1-4-805 is silent as to when a foster parent must file an objection after a child is removed in an emergency situation.11 COCA expanded that “establishing time periods for requiring action such as filing an objection is a Legislative function.”12

Matter of Z.M.Z., 2019 OK CIV APP 78, 454 P.3d 777. Here, DHS removed two children, Z.M.Z. and Z.C.Z, after the biological mother intentionally dropped Z.C.Z. on his head. The mother later relinquished her parental rights. After waiving his right to a jury trial, the father’s rights were terminated at a bench trial based on the trial court’s findings that the father had failed to correct conditions and that the children had been in foster care too long. The father appealed.

Throughout much of the deprived case, the father maintained a relationship with the mother, his wife, who was found criminally not guilty by reason of insanity. The conditions the trial court and DHS expected the father to correct in order to be reunified with his children centered on his relationship with the mother.13 There was a period during the deprived case in which the mother was out of the father’s home, and by the commencement of the father’s bench trial, the mother had been permanently out of the home for two months. Although the father expressed no intention of allowing his wife to return to the home, he subjectively believed she did not present a threat to the children.

COCA reversed the trial court’s determination that the state established by clear and convincing evidence the father failed to correct conditions resulting in the removal of the children and termination was warranted for length of time in foster care. COCA reasoned the father’s subjective belief that the mother was suitable to care for the children did not make his home unsafe and that he may have corrected conditions by having permanently removed the mother from the home. As succinctly stated in the appellate opinion, “Father’s opinion about Mother [was] not a condition to be corrected.”14

The holding in this case reminds us there is a delicate balance between hyper-focus on parents’ subjective beliefs and the potential existence of a safety threat stemming from subjective beliefs. In other words, parents are not required in all instances to adopt an adversarial or otherwise hostile mindset toward another parent whose rights have been terminated, so long as objective safety can be established.

Matter of Adoption of L.F., 2019 OK CIV APP 40, 445 P.3d 1264. In the Matter of Adoption of L.F., prospective adoptive parents (former foster parents) filed a separate action for adoption during the pendency of a deprived case. They did not first seek the deprived court’s consent. The deprived court dismissed both the adoption petition and an application to set the matter for a best interests hearing. It found that, pursuant to 10A O.S. §1-4-101(A)(1), (2)(c-e),15 the adoption court lacked subject matter jurisdiction over children while a deprived matter was pending, absent the deprived court’s consent. The deprived court further determined the prospective adoptive parents lacked standing to bring a separate adoption action. The petitioners should have instead sought to intervene in the ongoing deprived matter. The appellate court affirmed. The lesson is straightforward: Good intentions (adoption) coupled with wrong procedure (separate adoption action) will not be rewarded.

The amendments to Section 2-7-401 will require OJA to reimburse 100% of approved operating costs “for [children] in the custody of [OJA] after adjudication and disposition who [are] held in a juvenile detention facility when the child[ren] [are] pending a placement consistent with treatment needs as identified by [OJA].” Historically, OJA has been required to reimburse only 85% of approved operating costs for such youth, and counties have been responsible for the remaining 15%.

Unlike criminal proceedings involving adults, the right to a jury trial in the delinquent context is a creation of statute, not the Constitution. The Court of Criminal Appeals in G.W. held, “by the language of Section 2-2-401,16 the juvenile’s failure to demand a jury trial after being advised of his or her right to one and his or her acquiescence to a bench trial operates as an adequate and valid waiver of this right.” Therefore, juveniles do not have to expressly waive their right to jury trial. G.W. reverses prior case law that required a juvenile’s waiver of jury trial to be made “in open court on the record” and to have been made “competently, knowingly and intelligently.”17

J.M.F. v. State, 2018 OK CR 29, 427 P.3d 154. This case addresses the effect of jury sequestration being broken despite an objection. During a jury’s deliberation in a delinquent trial, the trial judge broke sequestration at about 10:45 p.m. over defense counsel’s objection. The jury adjudicated the youth delinquent, and the youth appealed.

The Court of Criminal Appeals reversed and held that once the jury has been charged, 22 O.S. §857, requiring sequestration, controls. The appellate court explained that, when sequestration is broken over defense objection, prejudice is presumed and the burden falls to the state to prove there was no harm done. According to the appellate court, “[a]bsent inquiries made of the jurors upon their return the next morning, there can be no showing the error [in this case] was harmless.” If a court opts to break sequestration in a delinquent trial, it should ensure 1) jurors are questioned upon their return and 2) the court is satisfied the jurors’ answers prove they have not been prejudiced as a result of the violation of Section 857.

This article reflects the smorgasbord of issues addressed by juvenile judges and attorneys. Although a variety of attorneys and court partners work to implement the laws and advocate for different individuals within each case, there remains a common mission – the betterment of human lives and restoration of people. You, too, undoubtedly have an opportunity to engage in this mission, whether as an attorney, a volunteer advocate for children or a support for a struggling mother or father.

The Masai warriors of Africa have long greeted each other by asking, “Kasserian Ingera,” which means, “And how are the children?” If one responds “The children are well,” the greeter understands the community as a whole to be well. As you assess your community, your role within the juvenile court system or potential changes to the law, you might ask, “How are the children?” If your answer is not an emphatic “The children are well,” consider how you might work toward that end.