Guardianship of Minors: A Summary of Title 10 and Title 30 Guardianships

By Monica A. Dionisio 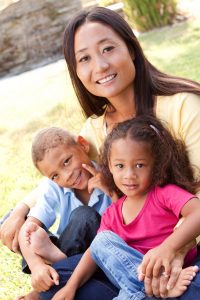 GUARDIANSHIP BY POWER OF ATTORNEY

Section 10 O.S. §700 allows a parent or legal custodian to sign a power of attorney that delegates the powers regarding care and custody of his or her child. A statutory form considered “legally sufficient” is provided in 10 O.S. §701.

The delegation must be made for a period of more than 24 hours and is effective for up to one year. Compensation of an attorney-in-fact is not permitted by law. The delegation automatically terminates upon the expiration of that period. Practitioners and parents wishing to extend the time period should remain aware of the necessity of executing new forms prior to its expiration. A parent or legal custodian can revoke or withdraw the power of attorney at any time.

While this statutory implementation has likely reduced the necessity of court involvement, inherent problems do exist. The relationship between the effect of this statute and custodial orders made by the district courts was largely ignored. Therefore, the statute does not require any notice to the other parent of a child at issue nor is the power of attorney required to be filed with the district court. The statute also fails to contemplate conflict between a power of attorney executed pursuant to 10 O.S. §700(D) and a district court order.

Unlike district court orders made pursuant to other custody-related statutes, the statute governing the power of attorney does not address any  application of the Indian Child Welfare Act. The statute does not provide any limitation on persons to whom the power of attorney can be delegated and therefore does not exclude persons based on certain criminal convictions, capacity, etc.

Finally, the statute does not make mention of child support. This is especially problematic in cases where a district court order requires payment of child support to a parent or legal custodian. Section 43 O.S. §109.5 creates a presumption the person with physical custody of a child should receive that support. Similarly, 10 O.S. §700 does not address claiming the child or children as a dependent(s) for income tax purposes (though presumably, the Internal Revenue Service regulations would apply in the absence of a district court order to the contrary).

Section 30 O.S. §2-101 provides for the appointment of a guardian for a minor child or children when it appears necessary or convenient. These proceedings are only appropriate when there is no prior order concerning the child at issue.2 Guardianship proceedings cannot be utilized to disrupt intact families.3

When a parent objects to the appointment of a guardian, the court is required to find the parent “affirmatively unfit.”5 This finding is required because the constitutional rights of parents to the care, custody and control of their children have been long recognized.6 The standard for the finding of affirmative unfitness is clear and convincing.7 What constitutes affirmative unfitness exceeds the scope of this article, but case law is informative on the subject.8

Prior to appointing a permanent guardian, the court may receive a home study.9 Except where guardians are appointed on an emergency basis, the court is required to receive a background check of the prospective guardian, as well as a search of the Oklahoma Department of Corrections’ files and the results of a search of the child abuse and neglect information system maintained by the Department of Human Services.10 Practitioners should remain aware the court may be required to extend temporary letters of guardianship during the pendency of a case to allow time for all background checks to be completed.

Before a permanent guardian is appointed, notice must be given to the living parents of the minor child or children if they are 14 or older.11 If no parent is living, the statute requires notice to be given to one of the child’s living grandparents (who is not a party petitioning for guardianship and not married to a person petitioning for guardianship).12 If the child or children have no living parent or grandparent as required by the statute, notice is required to be given to any adult relative in the county where the guardianship petition is filed. Any notice required by the statute must be mailed at least 10 days prior to the hearing on the guardianship petition.13

Parties who may be nominated as a guardian for a child or children are set forth in 30 O.S. §2-103. The court is permitted to name and appoint guardians for children under the age of 14. Children who have reached or exceeded the age of 14 may nominate a guardian for themselves. If that nominated party is approved by the court, they are required to be appointed; otherwise, the court may do so.14 In appointing a guardian for a minor, 30 O.S. §1-203 mandates the court be guided by 43 O.S. §112.5, but the Court of Civil Appeals has determined that the order of preference provided in §112.5 is not binding upon the court.15 Parents not otherwise found unsuitable or disqualified by law are entitled to guardianship of children under 14, and a natural parent who is married and living with the other parent must have his or her consent. Parents separately seeking guardianship are subject to the court’s determination on who is most competent to preserve the child’s interests.16

Guardians are entitled to support for the child, which may be paid by income assignment. Further, where custody or support orders have been previously made in district court and public assistance is provided, the Department of Human Services is a necessary party.17 The power given to guardians over financial actions taken on behalf of the minor is largely governed by 30 O.S. §2-110 through §2-112.

All guardianships ordered pursuant to 30 O.S. §2-101 are subject to review each year, as well as period reviews as the court determines necessary to serve the child’s best interests.18 The power of a guardian ceases upon the removal of the ward, the marriage of the ward or the ward reaching the age of majority; however, guardians are not entitled to discharge until one year after the child reaches the age of majority unless otherwise released by the minor after a final accounting.19

The final avenue provided in Title 30 for guardianship of a minor child is a petition for custody by abandonment. A form for the petition is included in 30 O.S. §2-117.

In determining custody pursuant to 30 O.S. 2-117, the court is required to base its findings and determinations on the child’s best interest and the factors set forth in Subsection (J)(2), including the duration of abandonment, the child’s integration into the relative’s home, the minor’s preference (if of sufficient maturity), the child’s mental and physical health and other factors necessitated by the circumstances.

Section 30 O.S. §2-117(F) provides for notice provisions identical to those of a guardianship brought under 30 O.S. §2-101. If a qualified relative is awarded custody, they are required to receive the letters of custody by abandonment detailing his or her authority for the care, custody and control of the child.22

Most notably, this avenue provides a time limit in which parents may reclaim their children absent a court order. Any child who is 24 months of age or less and is abandoned for at least six months may not be reclaimed except through court order. A child 24 months of age or older who has been abandoned for 12 of 14 months may not be recovered except through court order.23 During the pendency of the action, a child is allowed to remain with the qualified relative unless the court finds it contrary to his or her best interests.24 Even when children are ordered to be returned, the court is allowed to provide a transitional period for their return.25 Qualified relatives are required to notify the court if the child ceases to live with them or if custody by abandonment is terminated.26

In advising clients seeking guardianship, it is important for practitioners to carefully assess not only the facts at hand but the guardian candidates themselves. Ensuring the guardians understand their responsibilities and the duties conferred upon them by the court will serve to minimize disruption to the lives of minor children over whom guardianship is sought. Where parental fitness is lacking, guardianships play an important part in protecting their children while avoiding the necessity of state custody. Practitioners are encouraged to review the statutes frequently to ensure ongoing knowledge of the legal and procedural requirements associated with guardianship matters.

Monica A. Dionisio is an attorney at Hester, Schem, Hester & Dionisio in Edmond. She is a litigation attorney who primarily practices in family law matters. She received her J.D. from the OU College of Law in 2012 and currently serves as the OBA Family Law Section continuing legal education chair.