Highlights from the Interim Report: Oklahoma Task Force on the Uniform Representation of Children and Parents in Cases Involving Abuse and Neglect 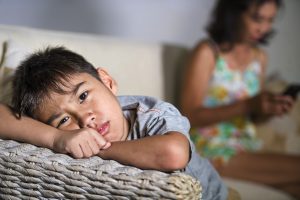 On July 22, 2019, the Oklahoma Supreme Court approved the establishment of a task force to study and report on legal representation of children and parents in legal proceedings set forth in the Oklahoma Children’s Code, 10A O.S. 1-1-101 et seq.1 The task force was required to produce an interim report2 in February of this year. The following are highlights from that report.

Over the course of five meetings, the task force focused on gathering information and data regarding current legal representation practices in Oklahoma deprived cases as well as receiving information from other selected states’ representation agencies regarding their models, structure, compensation, training, supervision and caseloads.

The Family Justice Initiative3 published “Attributes of High-Quality Legal Representation for Children and Parents in Child Welfare Proceedings” that set forth, in part, the following:

The task force also recognizes the important role the judiciary plays in ensuring high-quality representation, including supporting the role of attorneys as zealous advocates for their clients.

OVERVIEW OF LEGAL REPRESENTATION OF CHILDREN AND PARENTS IN OKLAHOMA

Currently, Oklahoma lacks a structure and adequate funding that ensures high-quality representation for parents and children across the state that includes recruitment, contracting, training, adequate compensation, supervision and accountability.

Additional resources such as social workers, investigators and experts are not generally utilized by the contracted or court-appointed private attorneys. Investigators are employed by the two public defender offices and are made available to the assistants assigned to the deprived dockets.

The burden of recruiting, compensating, supervising and training the court-appointed private attorneys falls upon the local trial courts. For the task force, this creates two immediate concerns. First, there exists an apparent conflict because attorneys practice before the very courts that are responsible for their supervision, training and most importantly, compensation. Second, the current system does not permit a uniform, statewide process to train, supervise and compensate, resulting in dramatically inconsistent practices.

The following are the areas the task force identified as barriers to high-quality representation in Oklahoma: 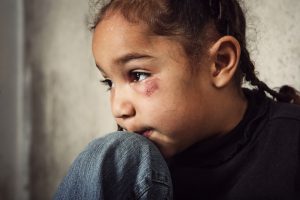 MODELS IN OTHER STATES FOR HIGH-QUALITY REPRESENTATION

Special thanks to Judge Fransein for being the main drafter of the Interim Report. Judge Fransein was a judge for 24 years and retired as district judge over the Tulsa Juvenile Bureau in January 2019.

Author’s note: All task force members contributed to the content of the report summarized in this article.

Tsinena Bruno-Thompson is president/CEO of Oklahoma Lawyers for Children, Inc. as well as the founder and chair of the Juvenile Law Section. She is a founding board member of the Count Me in 4 Kids Coalition and serves on the Juvenile Court Improvement Task Force and the Supreme Court Task Force on High-Quality Legal Representation for Parents and Children in Deprived Proceeding.