Last year, the Oklahoma Supreme Court clarified the standard to be used in proceedings to disqualify a lawyer and law firm based on a former client conflict. In the case of Board of County Commissioners v. Association of County Commissioners,1 the court was presented with the trial court’s determination that a lawyer and the lawyer’s entire firm were not disqualified from representing the board because that lawyer had previously represented the association. 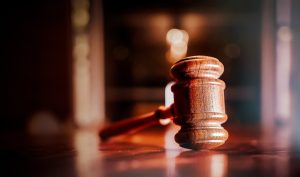 The underlying dispute involved a liability protection agreement entered into between the parties. The board asserted a breach of contract by the association, and professional negligence/malpractice by a law firm hired by the association to represent the sheriff of Harmon County. An attorney representing the board entered an appearance, and six months later, the association filed a motion to disqualify that attorney and his entire firm. The association sought disqualification because the attorney had, four years earlier, represented the association in an almost identical matter.

The court noted that review of an order denying disqualification is immediately appealable because it affects the substantial rights of a party. The court reviewed the trial court’s findings of fact for clear error and examined the decision de novo. The court stated that three rules of the Oklahoma Rules of Professional Conduct were implicated:

The court’s decision notes the evidence in this case fell short of showing the lawyer had gained knowledge of any material or confidential information that would jeopardize the integrity of the judicial process. The court further clarified that more than the “appearance of impartiality” standard (which applies to judicial disqualification) is required to preclude a party’s representation by the attorney of their choice. I think a review of this case would be helpful to anyone seeking or contesting an attorney disqualification.

Mr. Stevens is OBA ethics counsel. Have an ethics question? It’s a member benefit, and all inquiries are confidential. Contact him at richards@okbar.org or 405-416-7055. Ethics information is also online at www.okbar.org/ec.