Defending a Lawsuit With Your Best Foot Forward

As a defense lawyer, you will often face a client – whether it’s a current client or a new client – who has been served with a petition and discovered they have been sued. When the client presents that petition to you, they may be stressed, they may be angry or they may be in denial. What is certain is the client will want the lawsuit to go away. Having a case dismissed on the merits from the outset can be daunting for defense lawyers, and when faced with responding to a petition, you must perform your due diligence before taking that next step. Review the allegations in the petition and meet with the client to determine the facts and understand their side of the story. While you may be tempted to simply answer the allegations and move into discovery to determine the plaintiff’s side of the story, moving too quickly could lead to a missed opportunity. It is important to closely analyze who the parties are, the allegations and the basis for the claims before taking that next step to ensure you put your best foot forward for the client. The question ultimately becomes: What can be done?

SPECIAL ENTRY OF APPEARANCE AND RESERVATION OF ADDITIONAL TIME TO PLEAD

When you receive a petition from a client, you may determine that you cannot perform your due diligence and submit a timely response and then find yourself needing additional time. What can be done to get that additional time? Under the Oklahoma Pleading Code, a defendant has 20 days from the date of service to serve an answer.1 In Young v. Walton,2 the Oklahoma Supreme Court held that the terms of Okla. Stat. Tit. 12, §2012(A) provide a defendant with the ability to file an appearance within the 20 days and extend the period to respond, but in doing so, the appearance operates as a waiver of certain defenses.3 The Oklahoma Supreme Court in Young stated, however, that this waiver of defenses only applied to a general appearance, or an unspecified appearance, and it did not apply to an appearance that is explicitly qualified.4 By filing a qualified or special appearance, it reserved the right to later assert additional defenses.5 Oklahoma defense attorneys could therefore file a “special entry of appearance” to not only extend their time to respond but to also preserve their right to assert affirmative defenses. This tactic has often been used by defense attorneys. 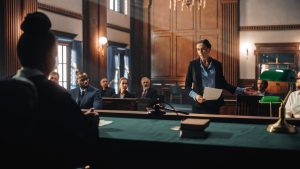 The ability to use this tactic was, however, recently affected by the Oklahoma Supreme Court ruling in McBee v. Shanahan Home Design.6 In McBee, the defendants filed special appearances citing Young v. Walton and requested additional time to respond without waiving any affirmative defenses.7 In its ruling, the Oklahoma Supreme Court recognized that in 2002, the language of Okla. Stat. Tit. 12 §2012(A) changed, and the use of the word “appearance” was removed and replaced by the term “reservation of time.”8 This arguably overturned Young v. Walton and removed the ability to file a special entry of appearance to extend the period of time to respond and not waive certain affirmative defense.9 “The distinction between a special or general appearance would now appear inconsequential, and ostensibly, any reservation of time ‘waives the defenses in paragraphs 2, 3, 4, 5, 6, and 9 of subsection B of Section 2021.’”10

Motions to dismiss can be the most effective strategic move in response to a new lawsuit. Filing a motion to dismiss can not only lead to a dismissal of the lawsuit, but it could cause a plaintiff to reconsider their allegations. Still, filing a motion to dismiss can be time consuming and costly to a client, so a determination on whether to file a motion to dismiss must be thoroughly examined and discussed with the client. Oklahoma is a notice pleading state, and all that is required for a plaintiff to plead a viable lawsuit is to give fair notice of their claim and the grounds on which it rests.11 Under the Oklahoma Pleading Code, a petition must contain “[a] short and plain statement of the claim showing that the pleader is entitled to relief.”12 Terms of art or legal phraseology is not required, and each allegation “shall be simple, concise, and direct” with no technical form of pleading or motion required.13

Motions to dismiss test the law that governs the claims in the petition and are generally disfavored.14 The court examines the controlling law, not the facts, and a motion to dismiss will be granted only when there are no facts consistent with the allegations or there are insufficient facts under a cognizable legal theory.15 The question becomes, when is it appropriate to file a motion to dismiss?

Failure to State a Claim Upon Which Relief May be Granted 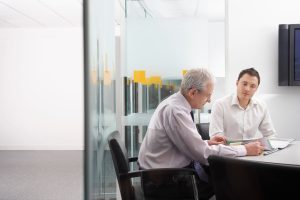 If the petition asserts a fraud claim, the pleading standard is higher, and a motion to dismiss can be more effective. In Oklahoma, all claims of fraud must be pled in accordance with the particularity requirements of Okla. Stat. Tit. 12 §2009(B).31 The Oklahoma Supreme Court has recognized this particularity requirement extends to all claims of fraud, and when an action involves more than one defendant, the plaintiff “must plead facts from which fraud may be reasonably inferred as to each defendant.”32 A fraud claim must set forth facts sufficient to show the time, place and content of the alleged false representation and must show more than circumstances from which fraudulent intent could be inferred.33Thus, while a petition may set forth allegations sufficient to withstand Oklahoma’s notice pleadings standard, a petition may not withstand the higher pleading standard for fraud claims.

When the petition fails to fulfill the particularity requirement under Okla. Stat. Tit. 12 §2009, there is a procedure for obtaining this information instead of pressing for dismissal. Under Oklahoma case law, a defendant can file a request that the plaintiff provide a more definite statement with the necessary particulars that would support the allegation of fraud – i.e., time, place and content of the alleged false representation.34 This may be asserted in the alternative rather than a request for dismissal.

RESPONDING TO THE PETITION

Filing a motion to dismiss can be costly for a client as it can require an attorney to expend a great deal of time researching and brief writing. Because motions to dismiss are rarely granted in Oklahoma state courts, there will often be times when a motion to dismiss is not proper and responding to the petition is the appropriate move. However, it is still not the time to rush as there are numerous considerations to be made, strategic moves that can be pursued and opportunities that can be missed. The next step should result from discussions with the client and a determination of the facts.

Asserting a Counterclaim, Cross-Claim or Both

If there are multiple defendants, a cross-claim may be appropriate. A cross-claim is a claim against any party that is not an opposing party arising out of the transaction or occurrence that is the subject matter of the original action.39 The most common cross-claims are derivative cross-claims, i.e., a claim for contribution or indemnification. Contribution is available when one or more persons become jointly or severally liable in tort for the same injury to a person or property.40 An indemnification claim is available to one who, without fault on their own, has paid damages because of the negligence of another.41

Under Okla. Stat. Tit. 12 §2014, a defendant can serve a petition and summons on a non-party who is or may be liable for the plaintiff’s claim or a defendant’s counterclaim arising out of the transaction or occurrence that is the subject matter of a claim asserted against them. This can be pursued by a defendant any time after the commencement of the action or by a plaintiff any time after a counterclaim is asserted. Often, third-party claims are initiated to assert a contribution or indemnification claim or both. Yet it is worthy to note a recent trend surrounding contribution claims in the district courts. Under Okla. Stat. Tit. 23 §15, joint and several liability in Oklahoma was completely abolished in 2011 and liability in Oklahoma became several only. Any liable party is, therefore, only liable for their pro rata share of liability, and Oklahoma district courts have concluded that contribution is, therefore, not a viable cause of action between defendants. While the Oklahoma Supreme Court has not concluded there is no viable third-party contribution claim in the state of Oklahoma, it is vital to ensure you consider this analysis when determining whether to initiate that third-party claim for contribution.

Transferring a case from state court to federal court is a tactical move that could prove to be beneficial to a client. Federal courts have different procedural rules, and federal judges have more precedential authority to rely on than Oklahoma courts on many different issues. That said, removing a case from state court to federal court can be more costly than filing a motion to dismiss, and you should discuss all the pros and cons with the client to ensure the client is on board.

Under 28 U.S.C. §1446, a defendant can file in the United States district court for the district within which the state court action is pending a notice of removal containing a short and plain statement of the grounds for removal.42 The notice of removal must be filed within 30 days after the defendant is served with the initial pleading setting forth the claim for relief.43 Typically, the basis for removal of a state court action to federal court is either diversity of citizenship or the inclusion/joinder of federal law claims. Removal under 28 U.S.C. §1441(b) based on diversity of citizenship occurs when the matter in controversy exceeds the sum of $75,000 and is between citizens of different states.44 Removal under 28 U.S.C. §1441(c) because of federal question jurisdiction occurs when one or more claims asserted in the initial pleading arises under the Constitution, laws or treaties of the United States.45 A plaintiff does have the ability to object to removal. Within 30 days of when the notice of removal was filed, a plaintiff can file a motion asking the federal district court to remand the case back to state court.46 This is where it can begin to get costly for the client, and before filing the notice of removal, the client should have a good understanding of what the removal process will entail.

There will be times, more often than not, when the only way to put your best foot forward is by answering the petition. Again, the decision for how you should answer a petition should not be rushed. Before answering the petition, you should sit down with your client and review each allegation to determine whether the allegation should be admitted, denied or if some other response may be appropriate. The Oklahoma Pleading Code provides that a defendant shall set forth “in short and plain terms” their defenses to each claim, and it sets forth the standard for answering a petition. While you don’t want to show all your cards at this early stage, at times it may become necessary to set forth a brief explanation for why an allegation is denied. This is proper under Okla. Stat. Tit. 12 §2008.

Melissa East is a partner at McDaniel Acord PLLC in Tulsa. Her practice focuses on general civil litigation, including the areas of construction law, personal injury law, environmental and toxic tort law, commercial business litigation and family law. She is a 2007 graduate of the TU College of Law.