I am a parent attorney, a public interest lawyer. I represent parents who have lost their children to foster care. I have practiced juvenile deprived law for more than 20 years. My journey to becoming a fierce parent defense lawyer was not planned and feels more like I purposefully fell down the rabbit hole.

I had not thought about deprived law for a couple of years and still had no clue what it was or how it would turn my world upside down. 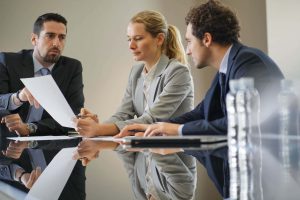 As a brand-new lawyer, I started looking for volunteer work. I stumbled upon Court Appointed Special Advocates and their work as guardian ad litems in deprived court and Tulsa Lawyers for Children and their work as conflict attorneys representing children in deprived court. Life’s twists and turns kept me from volunteering for either organization. But fate intervened, and a few hours after hanging out my shingle, a close friend from law school called needing assistance with a deprived case. A coincidence? I think not. I had not thought about deprived law for a couple of years and still had no clue what it was or how it would turn my world upside down.

Jurisdictions began bravely implementing interdisciplinary defense teams, consisting of a trained attorney, a master’s-level social worker/intern and a parent mentor (a parent who has survived the child welfare and court systems). These parent defense teams were popping up in Washington, New York City, Massachusetts and Colorado. The ABA Center on Children and the Law held the inaugural ABA Parent Attorney Conference in 2009 in Washington, D.C., to showcase parent defense work. Here I learned about the movement and what other jurisdictions were doing to raise the bar of parent representation to defend parents and reunite families. How could I bring the movement to Oklahoma?

In spring 2020, my phone rang. On the other end of the line was a voice asking, “Would you like to be the managing attorney for Legal Aid Services of Oklahoma’s newly formed Parent Representation Defense Program in Tulsa County?” Absolutely! Heck Yeah! Finally!

LASO’s Parent Representation Defense Program is the first program in Oklahoma to provide interdisciplinary parent defense. Parents receive a highly trained attorney, a master’s-level social worker and a parent mentor to defend them and help them navigate the child welfare and court systems. Two decades of research show children reunify months sooner when their parents are represented by an interdisciplinary team, saving tens of millions of dollars in foster care costs.