Out-of-State Discovery Simplified: How the Interstate Depositions and Discovery Act Can Save You and Your Client Time and Money 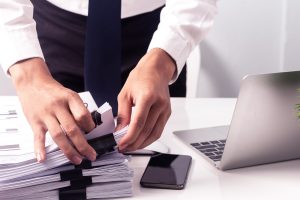 On April 23, 2021, Gov. J. Kevin Stitt signed HB 2229 into law. Commonly known as the Uniform Deposition and Discovery Act (UIDDA), this new provision of Oklahoma law went into effect Nov. 1, 2021, codified in 12 O.S. §3250, et seq., (OSCN 2022). Promulgated by the Uniform Law Commission in 2007,1 the UIDDA intends to “make it more efficient and inexpensive to depose out-of-state individuals and to produce discoverable materials located out of the trial state.”2

With the adoption of the act, Oklahoma joined 44 other states (as well as the District of Columbia and U.S. Virgin Islands) in signing on to the UIDDA.3 The enactment of the UIDDA across the vast majority of the country serves to bring state subpoena discovery practice more in line with the nationwide subpoena regime found in Rule 45 of the Federal Rules of Civil Procedure.4 The following article aims to provide Oklahoma practitioners with an overview of the UIDDA and some practical advice on utilizing it to conduct discovery in other states.

The UIDDA is a handy tool for eliminating the jurisdictional hurdles that, prior to the promulgation of the UIDDA, commonly drove up the cost and hassle associated with attempting to obtain a source of proof – most often deposition testimony and documents – across state lines. Under prior practice, if discovery was sought out of state, a letter rogatory and/or commission were commonly required.5 This involved filing a motion, with some judges then requiring a hearing prior to issuing an order allowing discovery to be had out of state. This process would then have to be repeated each time a new source of proof was located in another state. As one can imagine, this process is particularly burdensome in the context of personal injury actions, wherein a non-resident plaintiff who is injured and filed suit in Oklahoma receives medical care and treatment from several healthcare providers in their home state. Each time a new provider was identified, a new letter rogatory and/or commission would have to be issued from the district court in Oklahoma to obtain medical records or depose the treating physician. In addition to obtaining a letter rogatory and/or commission, it was not uncommon to then retain local counsel to assist with navigating the subpoena practice in the foreign jurisdiction. Some jurisdictions required the payment of a filing fee to open a miscellaneous matter through which the court in the foreign jurisdiction would obtain jurisdiction and issue the subpoena. This unnecessarily complicated process had the natural effect of increasing the time and cost associated with conducting discovery in another state.

The UIDDA is fairly straightforward and easy to use. The statute itself is relatively short and contains definitional provisions for all key terms used therein. The UIDDA refers to the jurisdiction outside Oklahoma wherein discovery is sought as the “foreign jurisdiction”6 and the subpoena to be received by the court clerk in such jurisdiction as the “foreign subpoena.”7 The UIDDA’s definition of “subpoena” contemplates deposition subpoenas, subpoenas duces tecum, as well as subpoenas permitting inspection of premises.8 The UIDDA broadly defines “person” as any “individual, corporation, business trust, estate, trust, partnership, limited liability company, association, joint venture, public corporation, government, or governmental subdivision, agency or instrumentality, or any other legal or commercial entity.”9 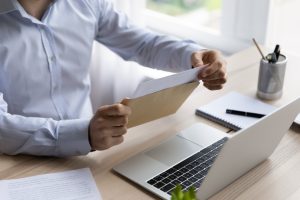 Section 12 O.S. §3252 sets forth the procedure whereby a foreign subpoena is honored in Oklahoma. Specifically, “a party must submit a foreign subpoena to a clerk of court in the county in which discovery is sought” in Oklahoma.10 The UIDDA provides that the clerk, upon receipt of the foreign subpoena, “in accordance with that court’s procedure, shall promptly issue a subpoena for service upon the person to which the foreign subpoena is directed.”11 Note the mandatory language whereby the court clerk is commanded to promptly issue an Oklahoma subpoena, with discretion only afforded to the extent the clerk is acting “in accordance with that court’s procedure.” Section 12 O.S. §3252(C)(1-2) provides the Oklahoma subpoena must “incorporate the terms used in the foreign subpoena; and contain or be accompanied by the names, addresses and telephone numbers of all counsel of record in the proceeding with which the subpoena related and of any party not represented by counsel.” The requirement that counsel for parties to the case be identified can be easily satisfied via the foreign attorney’s signature block and certificate of service. Notably, a request by a foreign attorney for issuance of an Oklahoma subpoena pursuant to the UIDDA “does not constitute an appearance in the courts of [Oklahoma].”12

Here again, the UIDDA tracks Rule 45, which likewise provides that subpoena disputes be resolved in the jurisdiction where discovery is sought.15 Further underscoring the UIDDA’s emphasis on consistent nationwide subpoena procedures, 12 O.S. §3256 provides, “In applying and construing this uniform act, consideration must be given to the need to promote uniformity of the law with respect to its subject matter among states that enact it.” This provision seems to indicate that interpretation of the UIDDA by courts in Oklahoma should be undertaken with an eye toward coherence with foreign jurisdiction decisional law. Similarly, it would appear that pursuant to this provision, foreign case law should be treated as instructive when construing the UIDDA.

Prior to Oklahoma’s adoption of the UIDDA, this author used versions of the UIDDA adopted in other jurisdictions to issue document subpoenas. In terms of practical advice for conducting discovery in a foreign jurisdiction pursuant to the UIDDA, the first task should be to locate the version of the UIDDA adopted in the foreign jurisdiction where discovery is to be had. As the UIDDA is a uniform law, the version adopted in such a jurisdiction should be similar to 12 O.S. §3250, et seq. However, some variations may exist, and best practices dictate starting with the language of the statute in the state where discovery is sought. Once you have located the UIDDA for the state where the source of proof is located, it is advisable to contact the court clerk in the court where the subpoena will be served. Remember, the UIDDA does give court clerks some leeway with respect to “that court’s procedure” for issuing a subpoena pursuant to that state’s version of the UIDDA. This discretion leads to some variability in the process of seeking discovery pursuant to the UIDDA.

Typically, the court clerk will require a letter invoking the local version of the UIDDA and the payment of a small fee for issuance of the foreign subpoena. However, the author has encountered at least one jurisdiction (Illinois) that also required the completion of a local form subpoena proscribed for use in that state. Once the clerk receives your duly issued Oklahoma subpoena, they should then issue a local subpoena conforming to the Oklahoma subpoena.

The local subpoena will then be transmitted back to counsel for service pursuant to the foreign jurisdiction’s procedures for service of subpoenas. Again, this will require an examination of that state’s law regarding proper service of subpoenas. Another means of ensuring compliance with foreign state law in this regard is to retain a local process server to handle service of the subpoena in accordance with state law. This author recently used a process server to present an Oklahoma subpoena to the court clerk and then serve the local subpoena pursuant to state law. This may be preferable in cases where time is of the essence or when local law only permits personal service of subpoenas. Another issue to be cognizant of is the turnaround time needed for mailing the Oklahoma subpoena to the foreign jurisdiction, issuance of a local subpoena and return mailing of the newly issued subpoena. If you go the mail route as opposed to using a process server, it is advisable to allow plenty of time for the party to be served with the subpoena to comply. In one case, this author did not allow for adequate time, and the response deadline contained in the subpoena had run before it could be served. This required the issuance of an amended subpoena and payment of an additional fee. This issue can be avoided by retaining a local process server to both obtain and serve your subpoena in the foreign jurisdiction.

With the adoption of the UIDDA, practitioners in other states can now issue both document and deposition subpoenas in Oklahoma with relative ease. If your practice involves assisting Oklahoma clients with subpoena compliance, it is likely you will eventually see an Oklahoma subpoena issued in connection with an action pending in another state. So long as the subpoena in question complies with Oklahoma’s version of the UIDDA, it is a valid and enforceable subpoena. Disputes over subpoena enforcement may then be heard in the county in Oklahoma from which the subpoena was issued. More importantly, if your practice frequently crosses state lines or commonly involves seeking sources of proof located outside Oklahoma, the UIDDA can be a valuable tool for cutting the time and cost typically associated with conducting subpoena-based discovery in other states. Unfortunately, the state in which an Oklahoma practitioner is most likely to seek out-of-state discovery, Texas, has yet to sign on to the UIDDA. However, as the vast majority of states have adopted the UIDDA, subpoena discovery in those jurisdictions has been greatly simplified thanks to the UIDDA.

Timothy F. Campbell is an attorney at Sweet Dewberry Hubbard PLC. His practice focuses primarily on medical malpractice defense and related civil litigation matters. Mr. Campbell received his J.D. from the OCU School of Law in 2011.