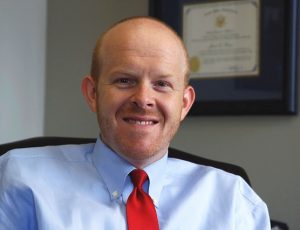 Oklahoma bad faith law is complex. This is especially true of claims involving uninsured/underinsured motorist (UM) coverage. This article was originally intended as an unsmiling analysis of the intersection of these two, complicated areas of law; however, given that the authors, and our readers, have just endured one of the most traumatic years

As such, we invite you to join us in a moment of levity as we explore some common issues we deal with in many cases we have handled involving an insurance company’s violation of the duty of good faith in its handling of UM claims. We hope you enjoy it.

VOICEOVER: In the civil justice system, the people are often represented by two separate yet equally important groups: the lawyers who handle claims victims make against tortfeasors and the lawyers who represent victims against their own insurance companies. These are their stories.2

Good Faith Lawyer sits in a corner booth nursing a club soda with lime, iPhone in hand. In walks Referring Lawyer wearing a beautiful pair of alligator cowboy boots. He sees Good Faith Lawyer and smiles. She rises to shake his hand. He gives her a hug and leisurely slides into the booth.

REFERRING LAWYER: I hope I didn’t keep you waiting too long! I was on the phone with my client. She’s got a helluva bad faith3 case, and I think I could get her a ton of money!4

GOOD FAITH LAWYER: No worries. I just got here. You know, I don’t really care for the term “bad faith.” I think it sends the wrong message. The law says an insurance company is obligated to handle claims submitted by its policyholders in good faith and deal fairly with them, thus the duty of good faith and fair dealing. When people hear the phrase “bad faith,” they think of some sort of a villain in a smoke-filled backroom twirling his handlebar mustache.5

REFERRING LAWYER: What do you mean?

GOOD FAITH LAWYER: Well, the duty of good faith and fair dealing comes in a lot of different forms, but at its core, it just requires an insurance company to conduct a reasonable investigation of the claim made by its insured,6 fairly evaluate the facts gathered7 and pay all benefits it promised the insured it would pay. And it has to do all those things promptly.8So, tell me about this client!

REFERRING LAWYER: She got rear-ended and was hurt pretty bad. When she finished her medical treatment, I made a demand on her UM carrier and told them I needed a response within 30 days, but I heard nothing until 47 days later. They blew the deadline!

GOOD FAITH LAWYER: That’s not good … but it’s not necessarily a violation of the duty of good faith and fair dealing.

REFERRING LAWYER: What do you mean? Under Title 36, they only have 30 days to respond. They broke the law! That’s gotta be bad faith, right?

GOOD FAITH LAWYER: Not exactly. You’re talking about Okla. Stat. Tit. 36, §1250.4(C). That’s part of the Unfair Claims Settlement Practices Act9 that requires an insurer to respond to pertinent communications from a policyholder within 30 days. The Oklahoma Supreme Court has been pretty clear that the UCSPA “does not establish standards of care or standards of conduct for measuring whether an insurer has violated the duty of good faith and fair dealing.”10

REFERRING LAWYER: You mean an insurance company can just ignore people and break the law like that? 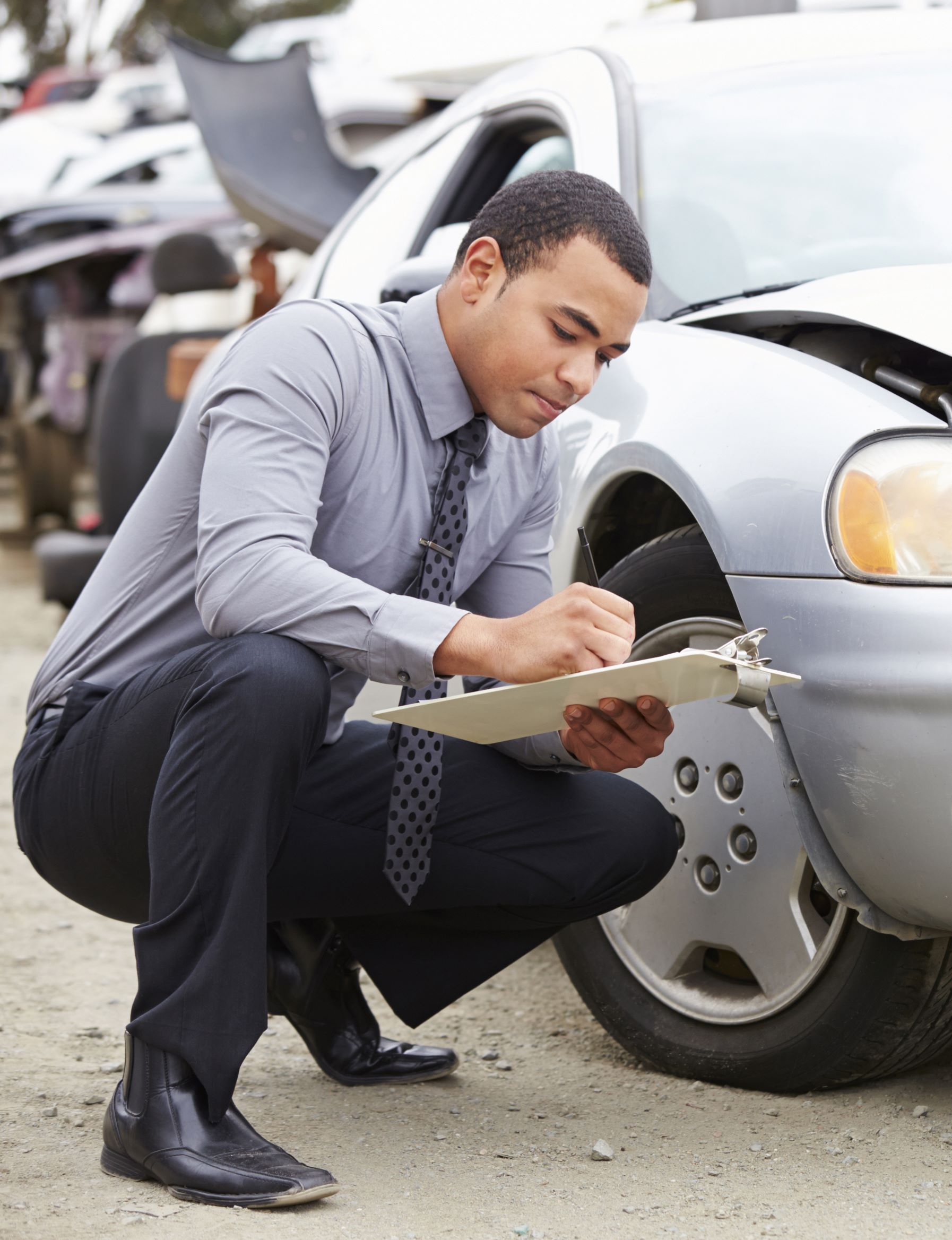 GOOD FAITH LAWYER: Did they break the law, though? An insurance company only violates the UCSPA if it violates the statute flagrantly or as part of standard business practice.11 And even then, the UCSPA was designed to give the Oklahoma Insurance Department additional legislative support in regulating insurance companies. It does not create a private cause of action for policyholders.12

But that doesn’t mean it can’t play a role in your case. The Oklahoma Insurance Department tells insurance companies that compliance with the UCSPA is the minimum standard of performance for all insurers.13 Also, insurance companies have to know the law.14

REFERRING LAWYER: So, what do I do?

GOOD FAITH LAWYER: One of the foundational components of the duty of good faith is reasonable conduct.15 If there wasn’t a good reason for the violation of the statute, you might be able to argue it was unreasonable. But you won’t be able to slam your fist on the lectern and tell the jury the insurance company was in “bad faith” and “broke the law.”

Thunder rolls in the distance as the lawyers continue their discussion. The sky darkens. Raindrops begin to fall on the ceiling-height, glass windows.

The desk is messy. Files are stacked on both sides of the desk. An iPhone rests on a well-read copy of David Ball’s “Damages 3.” It rings. The display reads “Good Faith Lawyer.”

REFERRING LAWYER: Hey, there! I didn’t think I’d hear from you after you told me my big bad faith case was a no-go.

GOOD FAITH LAWYER: That’s what I was calling about. I wanted to check in on you and your client.

REFERRING LAWYER: Since we talked, I spoke to the UM adjuster. She told me she needed additional medical records before she could complete her evaluation because my client had another car wreck several years ago.

GOOD FAITH LAWYER: How did you handle that?

REFERRING LAWYER: I wanted to tell her to go pound sand! But I gathered the records they requested and sent them in a few weeks ago.

GOOD FAITH LAWYER: That was the right thing to do, you know. Every automobile insurance policy I see places a duty on the insured and their attorney, if they have one, to cooperate in the insurance company’s investigation of the claim. If you or your client refuse to cooperate in reasonable information requests, it jeopardizes their entitlement to their insurance coverage benefits.16 Have you heard anything from the adjuster?

REFERRING LAWYER: Not yet, but she’s on my list. I’ll probably call her when I get off the phone with you.

There’s a knock on the office door accompanied by a garbled voice.

GOOD FAITH LAWYER: Hey there! Long time no see. How are you?

REFERRING LAWYER: Well, I filed suit on that bad faith case we talked about a while back, and I just finished reading the insurance company’s motion for summary judgment. They’re arguing there was a legitimate dispute17 on the value of my client’s claim.

GOOD FAITH LAWYER: That’s pretty common. What exactly are they saying is the legitimate dispute?

REFERRING LAWYER: Their argument is this is just a dispute over the value of the claim. After I gave them the prior medical records they asked for, they offered my client a few thousand dollars. I say it is worth her entire UM policy limit – they say it’s only worth a few thousand dollars. They are also saying that because the $25,000 my client received from the tortfeasor settlement was more than her medical bills, there can’t be a violation of the duty of good faith and fair dealing!

GOOD FAITH LAWYER: There is definitely some authority for that argument. Quine v. GEICO, 2011 OK 88, 264 P.3d 1245 dealt with a similar situation. In Quine, the insured was in the same spot your client is in – the tortfeasor’s insurance payment covered the UM insured’s special damages. Although the Supreme Court was answering a certified question from the Western District about whether a UM insurer’s failure to tender partial payment of a UM claim violated the duty of good faith and fair dealing, its ruling seemed pretty clear.18 It’s easy for an insurance company to get summary judgment in a case involving only general damages where the insured’s special damages have been paid.

REFERRING LAWYER: So, I’m dead in the water, huh?

REFERRING LAWYER: Wow. I guess I better get to work. There’s a lot of claim file here to review!

Simone Fulmer Gaus’s practice focuses on traumatic brain injury litigation and holding insurance companies accountable for violating the duty of good faith and fair dealing. She is a founding partner of Fulmer Sill, a firm designed to create a supportive environment for talented lawyers to seek justice for their clients.

Jacob L. Rowe is a trial attorney with Fulmer Sill PLLC. His advocacy is based on a belief that clients, jurors and other decision makers have the potential to become heroes, and great advocacy comes from crafting compelling stories that empower them to fulfill that destiny.