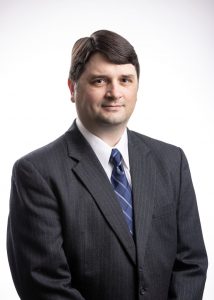 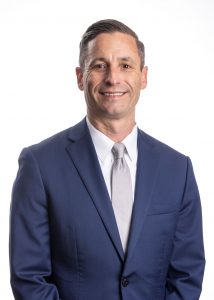 Prosecuting premises liability claims in Oklahoma can be difficult and, given the state of the case law in this area, can be tricky to evaluate. Matters are further complicated when a governmental entity is involved, including determining which entity to notify and understanding any limits on recovery. While experience with premises liability claims and evaluation of them is generally universal, there are special considerations where claims involve tribal entities. Claims against tribal entities have their own unique set of procedures and pitfalls waiting to snare the unwary attorney. This article provides an overview of the history, the process and some important areas to pay close attention to (and pitfalls to avoid) and should serve as a primer on the subject of premises liability claims against tribal casinos.1

A BRIEF HISTORY OF TRIBAL GAMING

Tribal gaming activities started with the passage of the Indian Gaming Regulatory Act (IGRA) in October 1988.2 IGRA created the National Indian Gaming Commission (NIGC) to oversee gaming on tribal lands3 and divided types of gaming by the federally recognized tribes into three classes: Class I, which includes social games with small, minimal-value prizes or gaming connected to tribal ceremonies or celebrations;4 Class II, which includes bingo and associated bingo games as well as non-banked card games authorized or not prohibited by state law;5 and Class III, which encompasses all forms of gaming that are not in Class I or Class II.6 IGRA specifies that Class III gaming is only allowed in states that permit such gaming and must be “conducted in accordance with a Tribal-State compact entered into by the Indian tribe and the State … that is in effect.”7 Initially, the tribes began their gaming operations by operating small-scale bingo halls.8 Tribes located in Oklahoma focused their efforts on development and expansion of Class II gaming.9 The first tribal/state Class III gaming compact signed in Oklahoma was with the Citizen Band Potowatomi Indian Tribe of Oklahoma in 1992 and allowed operation of video lottery terminals at tribal casinos.10

From 1992 to 2000, the tribes focused their efforts on Class II games. In 2004, Oklahoma gaming compacts were amended to allow the casinos to offer Class III games, including card games and slot machines, which are the biggest revenue generators for tribes. In 2009, Oklahoma became the national leader in the growth rate of tribal gaming.11 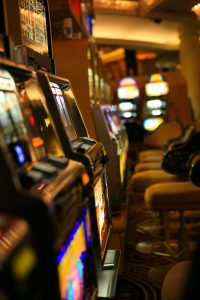 Tribal gaming is the 14th largest industry employer in Oklahoma.14 Approximately 1.8% of all jobs in Oklahoma are associated with gaming and ancillary facilities, or about one in every 47 jobs. In 2015, these employees earned around $1.368 billion in wages and benefits.15

Tribal gaming’s exponential growth was not anticipated by the early compacts. Oklahoma is home to the largest casino in the world, the Winstar World Casino, which is owned and operated by the Chickasaw Nation. While the casinos and their revenue are a welcome addition to Oklahoma’s economy, the gaming compacts did not fully address claims for injured patrons, which leads to procedures that vary from tribe to tribe for bringing premises liability claims.

Although commercial gambling is illegal on state soil, tribal lands are sovereign nations, each with their own laws. With freedom of self-governance, 33 of the 39 tribes in Oklahoma have elected to legalize gambling on their lands.16 However, pursuant to the IGRA, in order to open these casinos to the general public, each tribe must enter into a gaming compact with the state. Oklahoma adopted a model compact for this purpose.17 The model compact was largely adopted in compacts negotiated with the tribes.18 19

As part of the agreement to allow Oklahomans to patronize their casinos, the tribes granted a limited waiver of their sovereign immunity for personal injury claims for those who get hurt inside the casinos. However, at the time these compacts were conceived, neither the tribes nor the state anticipated how large the gaming facilities would become. By 2016, there were almost 200 restaurants and bars, nine golf courses, five spas, seven RV parks with almost 375 sites, almost 50 gas stations/convenience stores, several bowling centers, laser tag and a movie complex. There are approximately 130 Indian gaming operations, 20 of which have associated hotels/resorts.20

With the scale and number of these facilities, it is inevitable that patrons will be injured in slip-and-falls or other premise-related incidents. In those instances, the tribe-specific gaming compacts set forth the procedures that must be followed for such claims against the tribes. Although the tribes enjoy sovereign immunity, the compacts include a limited waiver of that immunity for injured patrons, so long as the procedures prescribed by the gaming compact are followed. Gaming compacts are available to the public.21

The procedures for initiating a tort claim under the gaming compacts are similar to governmental tort claims, but there are critical differences that can cost a client if ignored. Before a lawsuit can be filed, the injured patron must submit a notice of tort claim (notice) to the respective Indian Nation or their designated entity.22 The notice must identify the incident, witnesses, injuries and cost of treatment. The model compact provided for in the IGRA and adopted by most tribes in Oklahoma includes the requirement that notices must be submitted to the tribe within one year of the incident or recovery is barred.23 However, if the notice is not submitted within 90 days, potential recovery is subject to being reduced by 10%, so it is important to provide the notice within 90 days if possible. Many tribes have adopted their own form for the notices and, in those instances, it is important to use those forms or risk rejection of the notice, which can cost valuable time to resubmit on the proper tribe-specific form.

Once the notice is submitted, the tribe has a certain number of days (90 days in the model compact)24 to approve or deny the claim which varies in the different compacts. If the tribe does not respond within the period of time to approve or deny the claim, it is deemed denied.25 Be aware, the plaintiff has a limited number of days from the date a claim is deemed denied in which to file a lawsuit (180 days under the model compact).26 Thus, it is important to review the specific compact of the tribe as the procedures, notices and deadlines can be different among the tribes. In most cases, the amount of time for the approval or denial of a claim can be extended, but this usually requires a written agreement signed by the tribe itself.

It is important to note that the limited waiver of sovereign immunity does not include dram shop cases.27 While the tribes enjoy immunity to dram shop liability, it is important to determine whether it is actually the tribe operating the bar or restaurant. In certain instances, a nontribal entity that is not immune from dram shop liability could be operating a bar or restaurant within a tribal casino.

Jurisdiction for claims under the compacts had contentious beginnings. In Griffith v. Choctaw, the Oklahoma Supreme Court held that Oklahoma courts were “courts of competent jurisdiction” pursuant to the compacts, and as such, tort claims could be brought in Oklahoma courts.28 However, in Santana v. Muscogee (Creek) Nation, ex rel, River Spirit Casino, the 10th Circuit disagreed and, in overturning Griffith v. Choctaw, held that “because there is no express grant of jurisdiction to hear compact-based tort suits against the Creek Nation in state court, the phrase ‘court of competent jurisdiction’ does not include Oklahoma’s state court.”29 In Sheffer v. Buffalo Run Casino, PTE, Inc., the Oklahoma Supreme Court agreed with the 10th Circuit’s ruling in Santana to also hold that Oklahoma courts are not “courts of competent jurisdiction” under the compact.30 In the event the tribe denies the claim, the courts of the tribe or its designated courts have exclusive jurisdiction. Claims that are denied or deemed denied by the tribes must be brought against the tribe in the tribe’s own court system or a court system designated by the tribe, following its procedures and rules.

The requirement to use the tribal court can reduce the options for plaintiffs to bring suit because attorneys must be admitted to the individual tribal court and become familiar with that tribe’s rules of procedure and evidence. Even still, “tribal tort law is a product of common law, made up of traditions passed down by tribal elders.”31 What this means is that a nonmember, “even after they have hired an attorney, will be walking into a tribal court with none of the jurisprudential certainty that they would have in state or federal court.”32

Most patrons of tribal gaming centers don’t realize that by entering tribal land, they are impliedly consenting to the jurisdiction of tribal law. Thus, because of the “opaqueness of tribal tort law, it is all but impossible for a nonmember to impliedly give knowing consent to such law.”33

The U.S. Supreme Court’s decision in McGirt v. Oklahoma34[34] has caused uncertainty that has shaken the criminal law landscape in Oklahoma, but it is unclear if there will be future ripple effects in other areas of law. In McGirt, the U.S. Supreme Court held that the boundaries of the Creek Nation were never disestablished. As such, a much larger portion of northeast Oklahoma was determined to still be within the reservations.35 While McGirt did not explicitly include tort claims, an expansion of tribal lands under this decision could have jurisdictional ramifications on future premises liability claims against tribes. A nontribal plaintiff against a tribal defendant on tribal lands has generally been the exclusive jurisdiction of the tribe in civil cases; however, pre-McGirt this issue was not prevalent due to the limited view of what lands were subject to tribal jurisdiction. It will be interesting to see whether future cases expand McGirt into the civil/tort realm.

Dan Phillips is an attorney with Sherwood, McCormick & Robert. His practice focuses on complex litigation and transactions in the areas of oil and gas, real estate, probate, trusts and estate planning, personal injury and nursing home negligence.