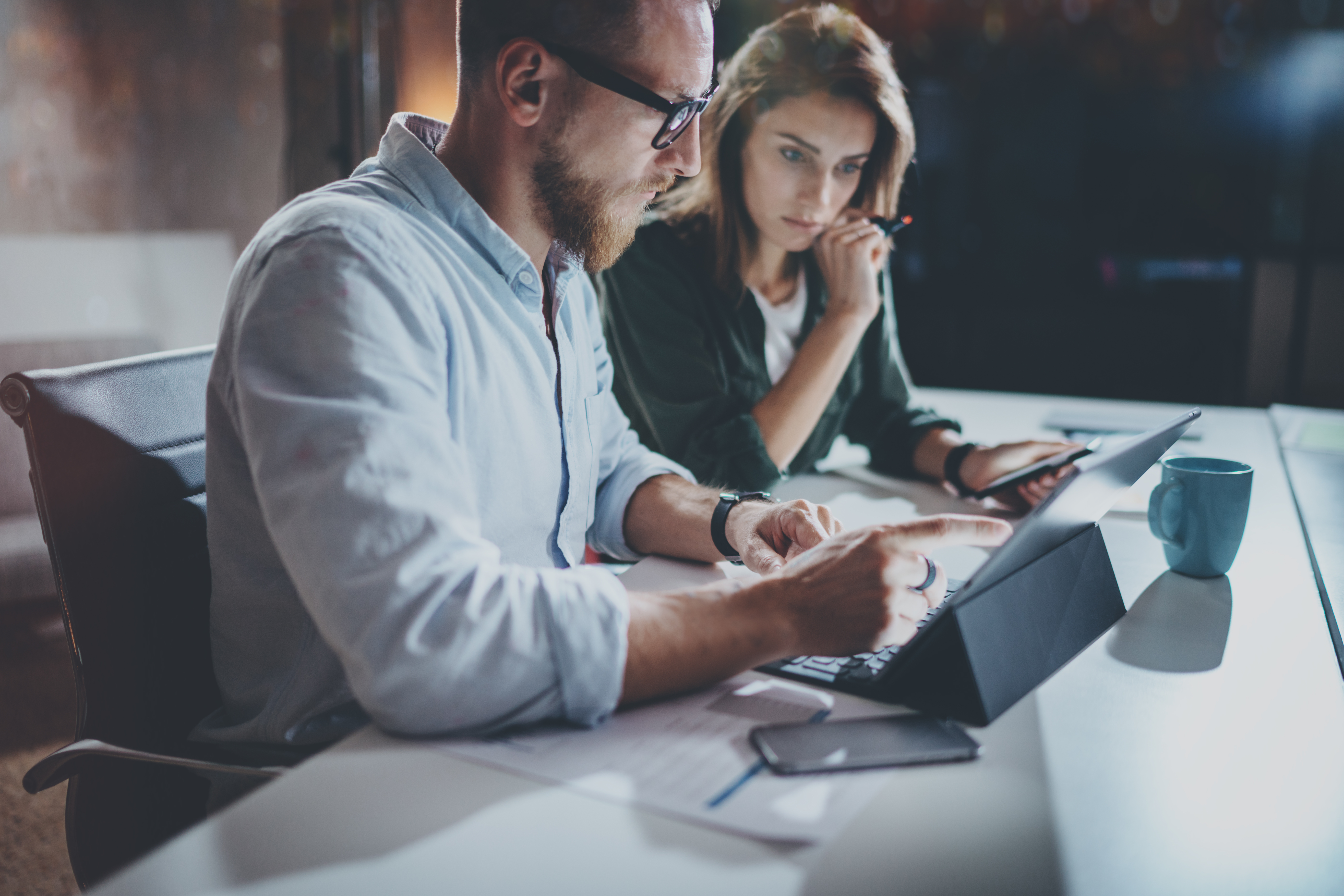 In 1976, Harvard Law professor Frank Sander delivered a speech at the National Conference on the Causes of Popular Dissatisfaction with the Administration of Justice (now usually referred to as the Pound Conference) titled “Varieties of Dispute Processing.” In his speech, professor Sander envisioned a future justice system that could direct parties into appropriate pathways customized to the particulars of their dispute. Though he didn’t title this concept the “multidoor courthouse” in his remarks, the name (coined later by a journalist) eventually stuck, and it has become central to the theory and practice of dispute resolution. Professor Sander wondered aloud in his speech whether the “courts of the future” (in particular, courts around the year 2000) might help to screen incoming complaints, matching each dispute with its most appropriate form of resolution.

There’s no way professor Sander could have envisioned the coming invention and expansion of the internet as he delivered that speech in St. Paul, Minneapolis, more than 40 years ago, but the rise of the internet over that time period has extended ADR practice into a new discipline, online dispute resolution (ODR), which leverages information and communication technology to help people find resolutions for their disputes. When professor Sander spoke about “courts of the future” in the “year 2000” he was likely envisioning something along the lines of the work currently being done in ODR. Instead of a clerk at a desk routing disputants to one of a dozen doors inside a physical building, ODR aims to make every mobile phone a point of access to justice, with algorithms dynamically directing cases toward hundreds or thousands of virtual doors available to fit each disagreement to a specifically crafted and appropriate forum for resolution.

ODR’s growth has coincided with the expansion of e-commerce. In the mid-1990s people started asking, “If everyone is going to be buying things online without meeting their transaction partners in person, how will they resolve disputes that arise?” Websites like eBay were growing like wildfire, but they didn’t have a fast and fair way to resolve problems that arose, and the executives quickly determined that it was undermining trust felt by the users. ODR experts helped eBay (and many other e-commerce companies) create platforms that could identify problems early and get them resolved quickly, which kept users happy and made them more willing to buy things online. Eventually eBay was resolving more than 60 million disputes per year through ODR, more than the entire U.S. civil court system.

That was when offline dispute resolution organizations began to pay attention. They started to think: hey, if these ODR tools work that well for online disputes, maybe we could use some of them to resolve our disputes as well. However, applying ODR tools to offline disputes can be more complicated than applying them to online disputes. When disputes arise online (say, within an e-commerce marketplace) you already know some things about the disputants. First, they’re tech savvy enough to log onto a website and make a purchase (so you’re already dealing with people who are somewhat comfortable with technology). Second, they probably expect that any resolution will happen in the same environment where the dispute arose in the first place, so ODR seems totally logical. That’s not necessarily the case in an offline dispute. Some parties to offline disputes may be comfortable with technology and others may not, and it can be hard to tell who is who.

The clearest example of this is in the judicial system. Courts should invest their resources in a way that maximizes access to justice for as many citizens as possible. Many of the users of courts may not have access to laptop computers or fast internet connections. They may only have access through their smartphones or kiosks in a library, and they may not be comfortable expressing themselves in writing. Also, the types of issues that arise in e-commerce transactions (such as not receiving an item or not being happy with the item received) are usually less complicated than the kinds of issues filed in courts (e.g., workplace, landlord-tenant or family matters). Enforcement of resolutions is also more complicated in offline cases because you can’t just click a button to move money from one party to the other. These factors required a re-think of ODR systems to better meet the needs of the wide spectrum of court users and dispute types.

ODR tools and techniques were first applied to courts outside of the United States in places such as Singapore, the Netherlands and Canada, but over the past two years, the U.S. courts have not only caught up but taken the lead. Some estimate that ODR initiatives are underway in more than 50 county and statewide court systems in the United States, and that number will likely double by the end of 2020.

British Columbia’s ODR system handled almost 14,000 small claims cases in its first seven months of operation, and “[g]overnment money and personnel that used to be devoted to small-claims cases – including judges, sheriffs, clerks and others – are being redirected to reduce the backlog of criminal and family law cases.” 1 New Mexico2 and the judicial districts of Hartford and New Haven, Connecticut,3 have implemented pilot programs.

The NCSC has a resource page on ODR, defining the term simply as “a public-facing digital space in which parties can convene to resolve their dispute or case.”4 The site includes white papers and news on the subject, seminars, webinars and events related to ODR and the link to an ODR blog where a recent post discussed how tools like chatbots and facial tracking tools can de-escalate emotionally charged conflicts.

ODR is enticing to courts in challenging budgetary times because it offers ways to expand access to justice while at the same time cutting operating costs through more efficient processes.

One important challenge facing the courts is providing solutions for the rising number of pro se, or self-represented, litigants who are trying to navigate the court process themselves because they cannot afford a lawyer or cannot easily go to the courthouse. As a result, many of these people simply give up on their cases, either by not filing or not defending, when they really should be receiving assistance in finding a fair resolution.

The challenges confronting the courts aren’t only in the area of expanding access. Society is digitizing left and right, and the courts aren’t keeping up. Citizen expectations are now set by daily use of advanced websites like Amazon, Facebook and Google. Millennials in particular express sentiments such as: if it’s not available in an app on my smartphone, then I’m not interested. If the courts only provide services in person on weekdays between 9 a.m. and 5 p.m., or require paper forms to be mailed or faxed in, large numbers of citizens are going to look elsewhere when they need help with a dispute. ODR can help to keep courts relevant and to meet citizen expectations.

The main reason why ODR is taking off in the courts is convenience. Citizens give higher satisfaction ratings for in-person service than for online service, but the preference numbers are off the charts in favor of online, and that’s due to the convenience. For citizens who live in remote areas, ODR can be a tremendous benefit. Users love that they can access the system whenever it fits into their schedule. Online cases can resolve in days or hours, not weeks or months. The majority of ODR agreements are being achieved outside of the hours when the court is open – late in the evenings or over the weekend, because that’s when people are free to engage and work out agreements.

The second major advantage of ODR is cost. Faster time to resolution means less time off work, less time away from family – and less administrative paper shuffling and scheduling delays. The third most important factor is accessibility. For citizens who cannot easily afford an attorney or take time away from critical responsibilities (such as childcare, elder care or work), ODR can provide a viable option for pursuing redress.

For some citizens, ODR may present the only viable way to use the justice system as it is intended. Through longitudinal research, ODR outcomes may be eventually shown to be fairer, more equitable and more durable, but in the short term the biggest factors driving rapid adoption are convenience, cost and accessibility.

This will entail a major re-thinking of how the justice system can and should work. For example, in Brazil, when you land in the airport in Rio de Janeiro, there are signs over the baggage claim area that say, “How was your flight? If you had a problem, why not file a lawsuit?” There are little mini-courts right next to the baggage claim where you can file your lawsuit at no cost. When I tell that story to judges and lawyers in the United States, they laugh because it sounds so absurd. However, the truth is this: Brazil has it right. Our justice system must radically expand access through technology, and along with that expansion should come increased efficiency in resolving disputes. Some call it “OnStar Mediation,” like the omnipresent buttons in cars where you can get help any place, any time. Every smartphone should be a point of access to justice – the multidoor courthouse of tomorrow.

At eBay, we found users would rather lose their disputes quickly than win their dispute and have it take a long period of time – and the “long period of time” at eBay was 12 days. How many court disputes are resolved in 12 days or less? Technology can guide us toward a future where access to the civil justice system is installed on every mobile phone, with most cases closed in two weeks or less. Case volumes may go up 100 or 200 percent, but the efficiency improvements from ODR will enable the courts to handle these increased volumes with no problems.

As the adoption of ODR by courts continues to accelerate, growing from dozens to hundreds to thousands, there is a direct line back to the future envisioned in professor Sander’s 1976 speech. The algorithms ODR relies upon are getting smarter and more powerful every day, which means they are getting more effective at sorting cases into appropriate resolution channels, exactly along the lines professor Sander described in his original speech. It is undeniably true that the power of technology to resolve disputes is dwarfed by the power of technology to generate new disputes, but ODR can expand access to justice, make courts operate more efficiently and encourage citizens to utilize the courts when a problem arises as opposed to looking elsewhere for assistance.

That is why ODR presents the greatest opportunity to expand access to justice in the last hundred years. ODR can deliver on the promise of justice for all in ways professor Sander couldn’t have conceived of in 1976. It was his original insight that planted the seeds for the ADR field, which led eventually to the creation of ODR. We truly stand on the shoulders of giants like professor Sander. Now the burden is on us to follow through on the promise of his original vision and to get it right.

ABOUT THE AUTHOR
Colin Rule is vice president for Online Dispute Resolution at Tyler Technologies. Tyler acquired Modria.com, an ODR provider Mr. Rule co-founded, in 2017. From 2003 to 2011, Mr. Rule was director of Online Dispute Resolution for eBay and PayPal. He has worked in the dispute resolution field for more than 25 years as a mediator, trainer and consultant. He is currently co-chair of the Advisory Board of the National Center for Technology and Dispute Resolution at UMass-Amherst and a nonresident fellow at the Gould Center for Conflict Resolution at Stanford Law School. Mr. Rule co-founded Online Resolution, one of the first online dispute resolution (ODR) providers, in 1999 and served as its CEO (2000) and president.