By Shelley Phillips and Debra Charles 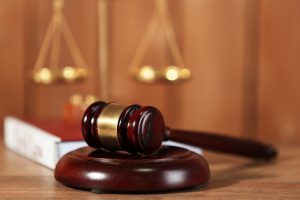 A court reporter has the important role of protecting and preserving evidence and testimony and delivering an accurate record of the events in a legal proceeding. In Oklahoma, all court reporters must be certified by the State Board of Examiners of Certified Shorthand Reporters and approved by the Supreme Court of Oklahoma.1 The standards are high, as the profession requires significant levels of skill and technical expertise.

To become certified, a candidate must pass a challenging, two-part exam. Part 1 is a two-pronged skills test consisting of a timed question-and-answer segment presented at 200 words per minute and a jury charge/literary segment presented at 180 words per minute.2 The candidate must score at least 95 percent on these skills tests. Part 2 is the Oklahoma Written Knowledge Test, which covers law, court rules and procedures. The credentialing standards are rigorous because the court reporters play a vital role in the litigation process. They are the guardians of the record – in other words, the guardian of your case.

WHAT IS HAPPENING TO THE COURT REPORTERS?
Several factors have contributed to the shortage of court reporters in Oklahoma, including lower salaries, fewer accredited schools, uncertainty of professional advancement and retirement. Compared to some other states, Oklahoma offers a low base salary for official court reporters. The base salary in Oklahoma is set by statute which has not changed since 2007, ranging from $39,160 to $45,160.3 Meanwhile, other states offer salaries which can be enticing for Oklahoma’s new court reporters. For example, a court in Texas recently posted a court reporter position with an annual salary of up to $98,000 for a certified reporter.4 Kansas offers an average of $53,612 annually5 and Wyoming offers $60,000.6 Iowa offers a salary range of $52,478.40 to $81,369.60 annually.7 Missouri offers an average annual salary of $51,808 8 while Arkansas pays an average of $55,137 per year. 9 In addition to the salary, reporters in these states can earn additional income for producing transcripts, at various page rates.

New court reporters face education expenses and significant start-up costs to acquire the necessary equipment after certification. As they are weighing their job options, many court reporters are lured away from Oklahoma as soon as they successfully pass the exam to take advantage of higher salaries in the neighboring states.

Another factor in the downward trend of court reporter candidates is access to education. Until recently, only one school in Oklahoma offered the accredited stenographic court reporter training. Lack of schools makes certification much more difficult for court reporter students in outlying areas and leads to a shortage of young professionals entering the industry. In addition, the training for certification is arduous and the drop-out rate is high. There is a unique combination of skill and speed required in court reporting, and some candidates simply fail to develop the levels necessary to achieve certification.

DIGITAL RECORDING VERSUS LIVE COURT REPORTING
Another major factor behind the shortage is the perception that court reporting is an archaic or dying profession. A common belief is that technology is going to replace the court reporter, with digital recording and electronic dictation solutions causing uncertainty about the future of the court reporter in the legal system.12

Oklahoma permits the judge to order the use of electronic recording in lieu of a live court reporter, unless there is objection by a party or counsel.14 However, lawyers and judges must exercise caution when making this decision. With automated technology, there is the risk that something might go wrong that a live reporter could have prevented. Transcripts from a digital recording can come back with chunks missing because something was inaudible. Also, in complex cases or trials where a daily transcript is important, a live court reporter keeping track of the record is crucial. Live court reporters can also read back testimony on the spot and settle real-time disputes about what was said. Experienced judges and attorneys know that a live court reporter can control the courtroom and ask participants to repeat a statement, slow down or speak one at a time. If a meaningful appeal is somehow impossible because of an incomplete transcript, the result can be a decrease in public trust in the system and an increase in costs.

HOPE IS ON THE HORIZON
Several efforts are underway to improve the situation. Oklahoma Supreme Court Chief Justice Noma Gurich has implemented the Preserving the Record Task Force to address some of these issues. Bringing together judges, court reporters and court administrative leadership, the task force is focusing on practical solutions to improve the court reporter shortage. Some vacancies have been alleviated by contracting with retired court reporters to provide services a few days per month. Supreme Court rules have been modified to allow temporary court reporters to practice and develop skills for passing the exam15 and also to allow candidates to take the three exam parts separately and retain credit for each successful section.16 Also, a new district court rule has opened the door for using video remote technology in district court proceedings and permitting the judge to use a live court reporter via videoconference when one is not available locally.17

The task force has also encouraged the development of additional training programs for court reporter candidates in Oklahoma. The Oklahoma Court Reporters Association (OCRA) reports that there are now four schools in Oklahoma teaching court reporting theory and speed building and an additional program in the beginning phases of development.18 Tulsa Community College instituted a part-time program in January 2018 instructed by Allison Hall, president-elect of the OCRA. One year later, Tulsa Community College initiated another program at its northeast campus in Tulsa led by Leslie Ruiz, treasurer and past president of OCRA. The curriculum is based on the theory of Mark Kislingbury, the Guinness World Record holder as the fastest writer in the world.

A new program at Gordon Cooper Technology Center in Shawnee is headed by Melia Melton, a registered merit reporter and OCRA member. This full-time program, launched in January 2018, meets Monday through Friday and also utilizes the Kislingbury Theory. Kiamichi Technology Center in McAlester began a part-time online program in February 2018 and is led by Tonya Reynaert, an official court reporter. The program utilizes the Revised Phoenix Theory, endorsed by Stenograph, a leading court reporting company for more than 80 years.

The Oklahoma College of Court Reporting is located in north Oklahoma City and has been training students for more than 25 years. OCCR teaches the Stenowave Theory, which was created by Larry Narvaez, owner/operator and board member of Oklahoma Board of Private Vocational Schools.

Across the state, there are students in each of these programs developing their skills and on track for graduation. As word about these programs continues to spread, other programs may also be in the works.

In addition, after more than 10 years without a change, the statute which sets official court reporters’ salary is finally getting some attention. Although most state employees at the same salary level received a $2,000 raise in 2018,19 the official court reporters missed out due to the language in their salary statute.20 This year, Senate Bill 349, by Sen. Thompson and Rep. Wallace, eliminates the decade-old salary cap and allows official court reporters to receive a salary to be set pursuant to the budgeting process. SB349 was signed by the governor on April 8, 2019, and the Supreme Court leadership is giving the $2,000 state-employee salary increase to Oklahoma’s official district court reporters this year.

HELP SPREAD THE WORD – COURT REPORTERS NEEDED!
Court reporting will remain a viable occupation, and a qualified candidate who successfully completes training is all but guaranteed a job. The challenge for Oklahoma and other states is getting more young people into the court reporting industry. To this end, the National Court Reporters Association has a program called “A to Z,” which offers students free, six-week trial classes to test their interest and abilities in the profession. Students who decide to pursue certification can get tuition assistance and mentorship through Project Steno, which focuses on student outreach and enrollment.

There are court reporting opportunities in Oklahoma and elsewhere, especially for a young person looking for a career path or someone wishing to make a career change. Qualified candidates will find this to be a rewarding and interesting career.

ABOUT THE AUTHORS
Shelley Phillips has been an official court reporter for the Payne County District Court for more than 30 years. She has served on the State Board of Examiners of Certified Shorthand Reporters for five years and is a member of the Oklahoma Court Reporters Association.

Debra Charles is general counsel for the Administrative Office of the Courts and also directs the Supreme Court’s Language Access/Certified Courtroom Interpreter Program. She works closely with the State Boards of Examiners for Oklahoma court reporters and court interpreters. She is a graduate of the OU College of Law.

1. 20 O.S. §106.3B.
2. 20 O.S. §1503.
3. 20 O.S. §106.9.
4. Potter County, Texas, job posting for official court reporter, March 2019, www.co.potter.tx.us.
5. Court reporters are classified at grade 33 in the Kansas Supreme Court, FY2019 Pay Matrix, //www.kscourts.org/kansas-courts/supreme-court/administrative-orders/Admin-order-296.pdf.
6. Sublette County, Wyoming, 9th Judicial District Court job posting, April 2019, //www.courts.state.wy.us/wp-content/uploads/2019/01/Court-Reporter-Sublette-County-2019.pdf.
7. Iowa Judicial Branch job posting D4 13046-007, March 27, 2019, //www.iowacourts.gov/iowa-courts/career-opportunities/official-certified-shorthand-reporterd4daj.
8. Court reporters are classified at index #90 and #91 in the Pay Plan document at Missouri Office of Administration website, //Oa.mo.gov/personnel/state-agencies/uniform-classification-and-pay-system-pay-plan#paygrids.
9. Per the Arkansas Administrative Office of the Courts director of HR, court reporter salaries fall into category GS08 on the 2017-2018 Pay Plan, //www.dfa.arkansas.gov/images/uploads/personalManagementOffice/payplanfy2018.pdf.
10. 2013-2014 Court Reporting Industry Outlook Report, Executive Summary, Presented by Ducker Worldwide, sponsored by the National Court Reporters Association.
11. “Court Reporter Shortage: What this Means for the Industry and for Reporters,” Conner Reporting, //connorreporting.com/court-reporter-shortage-means-industry-reporters.
12. “Seventeen states and territories have made the transition to digital recording in all or most of their general-jurisdiction court sessions,” 2015 Trends in State Courts, National Center for State Courts.
13. “Courts Bring Back Court Reporters After Electronic Recording Use,” GCCRA News, Feb. 9, 2015, //www.gccra.org/courts-bring-back-court-reporters-after-electronic-recording-use.
14. 20 O.S. §106.4 “In any trial, hearing or proceedings, the judge before whom the matter is being heard may, unless objection is made by a party or counsel, order the proceedings electronically recorded. A trial or proceedings may proceed without the necessity of a court reporter being present, unless there is objection by a party or counsel. Provided that if an official transcript is ordered then it shall be prepared by the official court reporter.”
15. Rule 25 – Temporary Permits. Rules of the Board of Examiners of Certified Shorthand Reporters, Title 20, Ch 20, App. 1.
16. Rule 3 – Eligibility, and Rule 4 – Test Requirements. Rules of the Board of Examiners of Certified Shorthand Reporters, Title 20, Ch 20, App. 1.
17. Rule 34 – Videoconferencing in the District Courts. Rules for District Courts, Title 12, Ch 2, App.
18. //ocraonline.org/students/schools.
19. 56th Legislature, Second Extraordinary Session, HB1024xx.
20. 20 O.S. §106.9.