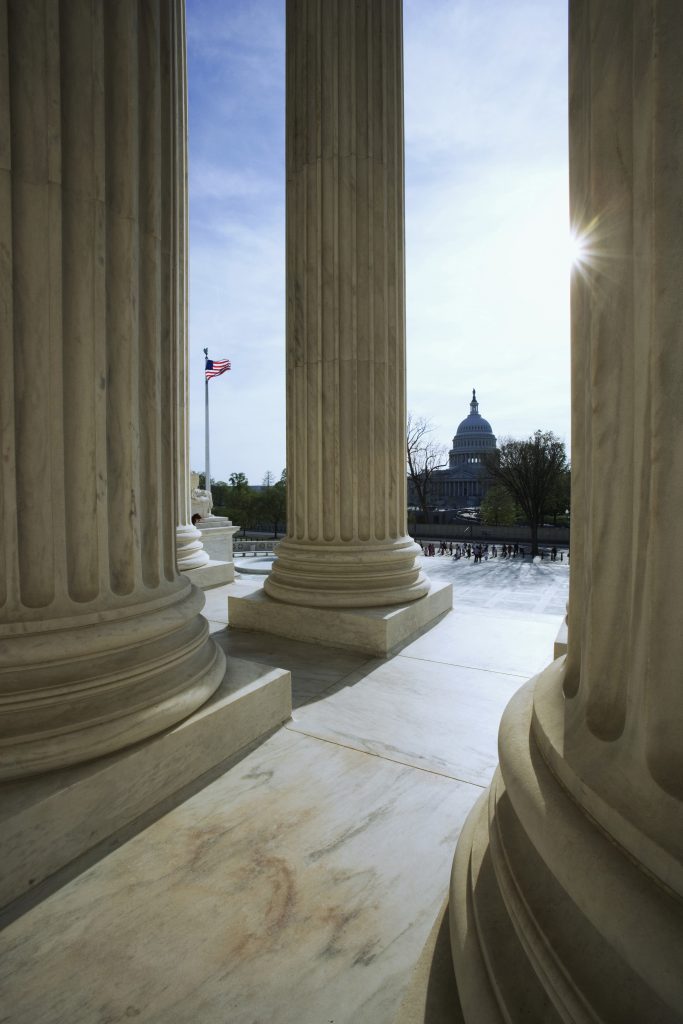 In 1997, U.S. Supreme Court Justice Sandra Day O’Connor noted, “Today, in the United States, we have three types of sovereign entities, the Federal government, the States, and the Indian tribes. Each of the three sovereigns has its own judicial system, and each plays an important role in the administration of justice in this country.”1 Despite its importance, much tribal law, particularly tribal court opinions, can be very difficult to locate or access.2

While during the period from 2004-2014, some tribal law resources became more accessible in “electronic form,”3 it seems that recent progress has been slow. This is true despite sustained advocacy for increased transparency of tribal court proceedings. Frank Pommersheim, a noted professor of Indian law, experienced tribal appellate court judge and author of Tribal Justice: Twenty-Five Years as a Tribal Appellate Justice, notes the need for transparency to support the development of tribal jurisprudence.

… there must be continuous growth in the reporting of tribal court opinions and developing reliable research tools to find them. As tribal jurisprudence grows and evolves, it must be readily available to judges and practitioners so that they may refine and build on this foundational body of law. Without such availability, the orderly development of tribal court jurisprudence will be slowed and compromised.4

In addition to contributing to the development of tribal court jurisprudence, Pommersheim notes that tribal law transparency has other advantages. For instance, public availability of tribal law is a condition for enhanced tribal court jurisdiction available under the Tribal Law and Order Act (TLOA) and the Violence Against Women Reauthorization Act.5 While some might argue that the provisions requiring tribes prior to charging a defendant “make publicly available the criminal laws (including regulations and interpretative documents), rules of evidence, and rules of criminal procedure (including rules governing the recusal of judges in appropriate circumstances) of the tribal government”6 does not necessitate making tribal court opinions publicly available, guidance to tribes indicates that availability of tribal court opinions is anticipated. “Tribes will … want to ensure that all its laws, rules, regulations, and court opinions that relate to criminal justice and criminal procedure are publicly available…”7

Another advantage of transparency and publicly available tribal court orders and opinions is the increased likelihood of state courts granting full faith and credit or comity for tribal court opinions. The level of respect and deference shown to tribal courts as competent judicial forums improves with understanding of tribal court reasoning and analysis, which is made possible with increased transparency and availability. One commentator has noted, “If tribal court opinions were more widely available, the work of tribal judges would become visible to the legal as well as the general public. This education [would] in turn benefit the tribal courts and help to counteract and dispel …” unsupported claims concerning bias which are often leveled against tribal courts.8

While tribal court bias regarding tort and prize claims have not been the focus of the current gaming compact controversy, in 2010, issues regarding the competency of state courts to hear such claims in accordance with the provisions of the compact was a “source of friction” with tribal communities, which believed the claims should be determined by tribal courts.9 Almost certainly one of the factors causing a preference for state courts was a lack of knowledge about tribal courts and judges.10

Further, when “… tribal law is not known, state and federal courts have no choice but to disregard it, along with the tribal norms and values that it represents.”11 While since 1992, Oklahoma has had legislation that uses the phrase “full faith and credit” to describe the treatment of tribal court orders,12 at least one author has commented that by “granting the Supreme Court of the State of Oklahoma the power to extend full faith and credit as they see fit, the Oklahoma statute is more in line with judicial comity than it is full faith and credit.”13

RESISTANCE TO PUBLICATION AND DISTRIBUTION OF TRIBAL COURT OPINIONS

Despite the potential advantages associated with the publicly availability of tribal trial and appellate court decisions and records, tribes may be resistant to taking action to distribute tribal court orders and opinions. This resistance may have a variety of reasons. Pommersheim16 and others17 have noted historical tribal fear or distrust resulting from past policies that tried to terminate tribal court functions or tribal sovereignty all together.

Lack of staffing and/or funding are also often cited as reasons for the failure to make tribal court opinions available. The Tribal Law and Policy Institute notes that the “federal and state governments rely on taxes to raise the necessary revenue. As a result of federal Indian policy, many tribes lack the necessary tax base and taxation authority to do the same. The result is that the majority of tribal governments [including tribal courts] are dependent on economic development and on federal funding to finance their criminal justice system.” The revenues from such sources may not always be consistent.18

It should be recognized, however, that the involvement of non-native enterprises in tribal economic development would assist in addressing financial concerns affecting publication and distribution of tribal court opinions. Such involvement would likely be encouraged by the public availability of tribal law, includ-ing tribal court opinions, which would provide more certainty regarding the risks assumed
by the enterprises.

As acknowledged in Tribal Law and Policy Institute’s Guide for Drafting or Revising Tribal Laws to Implement the Tribal Law and Order Act Enhanced Sentencing and the Violence Against Women Act Reauthorization of 2013, some tribes have made laws “publicly available” by placing print copies in publicly accessible places, such as tribal buildings, tribal agencies or tribal libraries. Other tribes provide print copies to requesting. If finances do not permit a tribe to provide copies without cost, tribes may charge a reasonable but not a “disproportionately large fee” for the copies.20

Tribes may publish opinions in print reporters, legal databases or on the Internet. Many tribes use the Internet to make their criminal laws, rules of evidence and rules of criminal procedure publicly available.21 Tribes may also use web-based systems to make tribal court opinions and dockets available. In Oklahoma, some tribes22 make dockets available through the On Demand Court Records System (ODCR). However, access to images of the pleadings, orders and other documents in a case are not freely accessible through ODCR. Rather, images are only available to limited subscribers, including attorneys licensed in Oklahoma.

While publishing law to a freely available website may make content more accessible, it does not always make it more “findable.”23 Researchers may not realize they need to go the tribe’s website to locate tribal court opinions. If the opinions are simply PDF files that are not indexed or collectively searchable, few members of the public or busy attorneys will take the time to browse through the increasing number of opinions available. Further, publication on the internet still involves some expense. Although there are no printing costs, tribes need to commit the time of technically trained staff to organizing and posting content in a manner that is consistent with privacy and data security concerns. As previously noted, smaller tribes may not have staff or financial resources available.

Another way tribes can make tribal opinions more available is by contributing it to an outside organization for inclusion in a tribal opinion collection. This method saves the cost of printing and distribution and of maintaining content on a website. When a tribe makes its law available as part of a larger collection, researchers can search the law of multiple tribes in one system.24

The status and availability of tribal law, including tribal court opinions, has been characterized as follows:

… tribal law can be very difficult if not impossible to locate. Although most federally recognized tribes do have written constitutions, codes, and judicial opinions, many have not made their law available to the public. Some would like to make their laws available but lack the funds to do so. Other tribes have affirmatively decided to keep their laws private for various reasons including a desire for privacy, concern that making law available will subject the tribe to criticism, worry about compromising the sacred nature of tribal law and culture, and internal tribal politics.

… many tribes have incorporated tradition and custom into their laws and decision making. For tribal courts especially, customary law plays an important role in linking justice with community values. When it is not written, customary law can be extremely difficult to discover and apply both within and outside the tribe. Tribal law that is available is scattered across numerous websites, databases, and print publications.25

Some of the sources collecting tribal court opinions are outlined in the OU College of Law’s Native American Law Research Guide26 and discussed in Oklahoma Legal Research.27 Existing web-based collections outlined in research guides include:

The tribal courts section of the Native American Practice Center offers access to more than 2,000 select tribal court decisions from over 30 tribes. A majority of the decisions are reported from a small number of tribes such as the Oneida, Navajo, Mashatucket Pequot and Fort Peck, which are located in states other than Oklahoma.

Tribal court cases for more than 20 select tribes and inter-tribal courts. However, only two of the 20 tribal courts included in this reporter, the Cherokee Nation of Oklahoma and the Sac & Fox Nation, are located within Oklahoma.

Compiled by Dennis Arrow and the Native American Legal Resource Center, Oklahoma Tribal Court Reports contains opinions issued by one of the CFR or tribal courts in Oklahoma, including the tribal courts, Courts of Indian Appeals and Courts of Indian Offenses. Available in print and via Westlaw Edge, the OTCR was first published in 1994, coverage begins with select cases from 1979. Publication ended in 2015.

Casemaker’s library of tribal court decisions includes decisions from more than 50 Native American tribal justice systems. A list of the tribal courts is available at public.casemakerlegal.net/libraries/tribal-
courts. A subscription is required to sign-in and access the database. A majority of the cases included are historical in nature rather than recently issued opinions.

Opinions from over 20 tribal courts in 11 states; however, Oklahoma is not one of the 11 states. VersusLaw developed the Tribal Court Database in cooperation with the National American Indian Court Judges Association. Versuslaw provides free registration available for law students, faculty and library staff members associated with any American J.D. degree law school. VersusLaw also provides a free trial for attorneys.

Darla W. Jackson is a research librarian at the OU College of Law. She previously served as a practice management advisor for the OBA and as a judge advocate in the U.S. Air Force. She is an Indian Law Section member and serves as chair of the Native Peoples Law Caucus of the American Association of Law Librarians. She anticipates completion of an LL.M. in Indigenous Peoples Law in 2020.

18. Tribal Law and Policy Institute, Guide for Drafting or Revising Tribal Laws to Implement the Tribal Law and Order Act Enhanced Sentencing and the Violence Against Women Act Reauthorization of 2013, supra note 7, at 11.

20. Tribal Law and Policy Institute, Guide for Drafting or Revising Tribal Laws to Implement the Tribal Law and Order Act Enhanced Sentencing and the Violence Against Women Act Reauthorization of 2013, supra note 7, at 45-46.