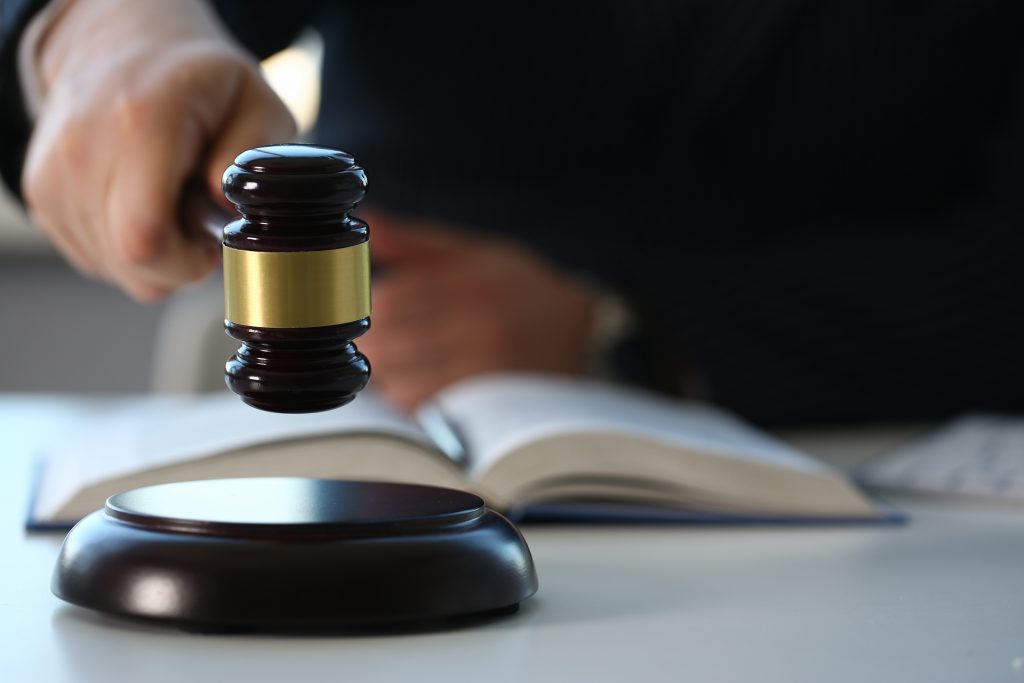 The general rule of law is that “This Court [the Oklahoma Supreme Court] has consistently viewed default judgments with disfavor, preferring, ‘whenever possible, that litigating parties be allowed their day in court so that a decision on the merits can be reached.’”1

In 2015, the Oklahoma Supreme Court issued a ruling in regard to a divorce proceeding, wherein it reversed a trial court default judgment by concluding:

The dispositive question raised for our review is whether a party must file a motion for default and give the adverse party notice under Rule 10 of the Rules for District Courts, 12 O.S. 2011, ch. 2, app.
(Rule 10), when the adverse party fails to file an answer or an entry of appearance but physically appears at a hearing. We answer in the affirmative.2

This Schweigert decision apparently created significant turmoil among many members of the bench and bar, especially among the collection bar which relies extensively on default judgments. The usual practice – in many counties – entails submitting a proposed order for default judgment, with or without a motion, with no notice, and no hearing, followed by the district court entering the proposed order. The resulting turmoil continues to the present time.

Regarding the facts in Schweigert, a wife filed for divorce and properly secured personal service of her petition on her husband at a nonresidential location.3 The petition included an application for a temporary order, and at the initial hearing, set by the wife, where she sought relief regarding temporary custody of their two children and child support, the husband physically appeared (pro se). However, he still failed to file an entry of appearance, failed to file an answer and, apparently, failed to provide a service address.4 A temporary order was issued granting the wife’s requests, and a year later the order was filed, but a copy was not provided to the husband.

A year after this initial hearing, the court held a second hearing – at the request of the wife – at which a final default order was issued which granted a divorce, gave custody of the children and granted child support.5

The wife did not file a motion for the default (but did “tender a minute order setting the matter”) and failed to serve the husband with notice of such default motion and of the second hearing. A default judgment was granted against the defaulting husband at such second hearing. The order was filed, but, apparently, was not served on the husband.6

Less than two years later, the husband hired an attorney and sought to vacate the default judgment. His request was denied by the trial court, and he appealed. The Oklahoma Court of Civil Appeals affirmed the trial court judgment, and the Oklahoma Supreme Court accepted certiorari and, as shown in the quote above, reversed the trial court.7

Initially, the bar attempted to downplay the impact of this case by assuming its holding was limited to divorce cases, which are “special” statutory “proceedings,” and not civil “actions.” However, as shown in the later holding in Asset Acceptance (discussed below), this ruling is not limited to divorce proceedings.

While an argument might be made that the holding in the Schweigert case was incorrect (see the discussion below), this article primarily focuses on providing guidance on how to comply with the holding.

By way of background, the principal statutes requiring a written response from the defendant after proper service (answer statutes) provide:

It should be noted that the Oklahoma Supreme Court does not cite or rely upon these two appearance statutes in its Schweigert opinions, but instead relies exclusively on its own Rule 10.

The brief answer to the two threshold questions, based on the holding in Schweigert, is:

While the holding in Schweigert is precedential and must be followed by both the lower courts and the members of the bar, such policy is apparently contrary to the practice in many counties across the state.

The results of a recent informal survey10 of the default judgment procedures followed in Oklahoma’s 77 counties found
a wide range of practices:

The bar and the bench are required to adjust their practices to adhere to the holding in Schweigert. For instance, Oklahoma County has – since Schweigert – amended its Local Rule 16 to add a requirement for the filing of a default motion and a hearing, and such motion must state the following:

And in regard to setting a hearing:

In order for the court record to reflect whether a physical nonwritten “appearance has been made,” so that the trial court can be informed and then know what steps need to be followed to grant a default judgment, the practice of having at least a court minute entered reflecting such “physical appearance” will probably need to be followed.

It should be noted that an error in the text of the Schweigert decision has spawned additional confusion as to what action or inaction by a defendant triggers the need for notice and a hearing, before taking a default judgment. Such language misstated the court’s core holding (calling for a motion, hearing and notice if at least “an appearance was made”):

“This language [Rule 10] mandates that a motion must be filed in all instances, even when a party fails to make an appearance...”11

One might simply assume that such surplus language could be ignored as only being dicta. However, a 2018 Oklahoma Court of Civil Appeals case adopted such “dicta” as its guiding light. As shown in Asset Acceptance v. Pham, 2018 OK CIV APP 26, 415 P.3d 47
(a credit card collection case), 1) the core ruling in Schweigert was expanded beyond “divorce proceedings,” 2) the “dicta” took on a life of its own and 3) the COCA took Schweigert several steps farther.

A simple reading of the holding in Asset might lead one to conclude that in every instance, “even when a party fails to make an appearance,” there must be not only a motion, but a hearing with at least a five-day notice.

Such sweeping new procedures can be adopted by the bar and the bench, but it should be noted that 1) such new practices will burden an allegedly overburdened judicial system and 2) such new practices could be reversed by legislative action. Such legislative action is currently pending in this 2020 session (HB 3660, by Kannady), with this additional language being suggested:

MOTION FOR DEFAULT JUDGMENT NOT REQUIRED IF DEFENDANT FAILS TO FILE RESPONSE. Nothing in any provision of this title or in any court rule shall be construed to require a motion for default judgment, with or without notice, if after service of summons and petition, a defendant fails to file with the court clerk an appearance, answer, motion, pleading, or response. Contact or communication with the plaintiff or attorney of the plaintiff shall not constitute an appearance unless the contact or communication is also filed by the defaulting party in writing with the court clerk.

It should be noted that legislative enactments adopted subsequent to an appellate court ruling supersede such ruling.12

In regard to whether the holding in the Schweigert case was correct, it should be noted:

Kraettli Q. Epperson is a partner with Mee Hoge PLLP in Oklahoma City. He has chaired the Title Examination Standards Committee for over
30 years and has taught Oklahoma Land Titles at OCU School of Law
for over 35 years. He edits and coauthors West/Epperson: Oklahoma Real Estate Forms.

2. Schweigert v. Schweigert, 2015 OK 20, ¶١, 348 P.3d 696, 697; Rules for District Courts of Oklahoma, Rule 10. Notice of Taking Default Judgment. In matters in default in which an appearance, general or special, has been made or a motion or pleading has been filed, default shall not be taken until a motion therefore has been filed in the case and five (5) days notice of the date of the hearing is mailed or delivered to the attorney of record for the party in default or to the party in default if he is unrepresented or his attorney’s address is unknown. Notice of taking default is not required where the defaulting party has not made an appearance.

8. This EOA is solely to provide to the plaintiff the contact information for the defendant: “The entry of appearance shall include the name and signature of counsel or the unrepresented party, the name of the party represented by counsel, the mailing address, telephone and fax numbers, Oklahoma Bar Association number, and name of the law firm, if any.”

9. Rule 10: “…default shall not be taken until a motion therefore has been filed in the case and five (5) days notice of the date of the hearing is mailed or delivered to the attorney of record for the party in default or to the party in default if he is unrepresented or his attorney’s address is unknown.