The Impaired Lawyer in the Discipline System

By my count, there have been 34 final orders of discipline involving Oklahoma attorneys while I have been ethics counsel. By my count again, at least eight of those discipline cases have involved lawyers who were suffering from some form of substance abuse or addiction or mental health issues, including depression and anxiety. That number only includes cases in which those issues are mentioned in the final order of discipline. Many more may have roots in those issues, but the final orders may not reflect it. In a number of these cases, the respondent attorney failed to appear and participate. In those instances, the underlying reasons for the lawyer’s conduct are left to speculation.

In cases involving mental health or substance abuse issues, a number of rules are implicated. They range from basic rules like Oklahoma Rules of Professional Conduct, 1.1 (competence) to ORPC 8.4 (misconduct) and everything in between, including ORPC 5.5 (unauthorized practice of law). The variety of rule violations attests to the pervasiveness of these mental health and substance abuse issues within the legal community.

In one case,1 the lawyer involved had practiced law with several law firms for a number of years. The lawyer was unexpectedly left with the responsibility of managing a solo law practice. Their license was suspended for failing to complete required mandatory continuing legal education. The respondent failed to withdraw from pending cases and even continued to practice law. Ultimately, the respondent was stricken from the roll of attorneys. He subsequently misrepresented his status to a judge.

The Supreme Court found the lawyer had violated rules 1.1, 1.3, 1.4, 1.15, 1.16, 3.3, 5.5 and 8.4 of the Oklahoma Rules of Professional Conduct, along with certain violations of the Rules Governing Disciplinary Proceedings. The respondent testified, “He battled depression, which hindered his ability to resolve his ethical responsibilities.” The court suspended the respondent’s license for six months.

In another disciplinary case,2 a lawyer was suspended from practice for sending sexually suggestive text messages and social media messages to clients and initiating a sexual relationship with another client. The Supreme Court noted the lawyer had, immediately upon receiving notice of the grievance, contacted the Lawyers Helping Lawyers Assistance Program (LHL) and thereafter consented to inpatient and outpatient treatment for sexual addiction. The court suspended this lawyer for three months upon conditions including continued contact with LHL.

The impact of alcohol abuse in disciplinary cases is apparent in several of the cases decided while I have been ethics counsel. In one case,3 the respondent testified that in response to substantial personal and financial problems, he “had no memory of how he was dealing with client funds at the time due to the level of his drinking.” The court noted, “Respondent states that he made several attempts to overcome his drinking problem – including relocating his practice, attending Alcoholics Anonymous, reaching out to LHL, and more – but did not present any supporting evidence.” The court suspended this respondent for two years and a day.

In another case,4 decided shortly thereafter, the court found the respondent “has pled guilty or no contest to five alcohol-related driving offenses since his admission to the OBA.” Considering the respondent’s efforts to mitigate his behavior, the court imposed a deferred suspension on the conditions that he:

These few cases illustrate the impact substance abuse and mental health issues have on lawyer discipline cases. The Lawyers Helping Lawyers Assistance Program’s purpose is to provide resources to deal with those issues and more before the lawyer is subjected to discipline for misconduct.

In 2017, the National Task Force on Lawyer Well-Being produced a report titled “The Path to Lawyer Well-Being: Practical Recommendations for Positive Change.”5Among other things, the task force found, “To be a good lawyer, one has to be a healthy lawyer.” It further found, “Our profession is falling short when it comes to well-being.” The report recognizes that lawyer well-being influences ethics and professionalism. It cites a Hazelden Betty Ford Foundation study of mental health and substance use disorders among lawyers. The study of nearly 13,000 currently practicing lawyers found that between 21% and 36% qualify as problem drinkers and approximately 28%, 19% and 23% are struggling with some level of depression, anxiety and stress respectively.

Lawyers are 3.6 times more likely to suffer from depression and more likely to abuse substances.6 The OBA recommended to the Oklahoma Supreme Court that continuing legal education rules be amended to increase the number of required ethics hours and broaden the scope of topics that qualify as ethics hours based upon the findings in the ABA Task Force Report. 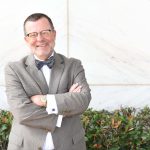 Richard Stevens has served as OBA ethics counsel since September 2019. Previously, he was a solo practitioner following his retirement from the District 21 District Attorney’s Office after 33 years as a prosecutor. Mr. Stevens is a member of the OBA Criminal Law Section and the Rules of Professional Conduct Committee. He served as the 2018 OBA vice president, on the Board of Governors from 2013 to 2015 and as a member of the Professional Responsibility Commission.