The Meaning in a Lawyer's Life

The 19th-century transcendentalist Ralph Waldo Emerson defined success in very broad terms, in part “to leave the world a bit better, whether by … a garden
patch or a redeemed social condition.”1 Emerson took the wide view of “success,” one much broader than his Puritan-influenced contemporaries and even broader than much of American society today. He saw power in the individual and in nature to directly reach the divine, available everywhere, and did not simplistically assess the value of one’s work or life in terms outside the person by measuring things accumulated or social prestige.

His friend and fellow transcendentalist, Henry David Thoreau, agreed in his essay “Life Without Principle”2 by describing the “police of meaningless labor” – those who emphasize work for the sake of busyness or money alone. To him, all the effort and motions of meaningless work were soul killing, smothering what he called the “poetry of life.” Thoreau urged a righteous livelihood, one with a meaningful purpose but in much wider terms than typically thought. Like Emerson, success meant having meaning in life.

So as lawyers, if success is found in the meaning of our lives, where do we find it? We lawyers, sometimes conditioned by our own straight-line thinking and clearly defined positions found in the judicial system, often struggle with broader feelings, lateral moves and nuances. We may see such as diversions or a waste of time. Like school, the next expectation or level is often clearly marked, so we instinctively press on to whatever that is. But meaning is not always, or even most often, found in the next logical step, the expected. 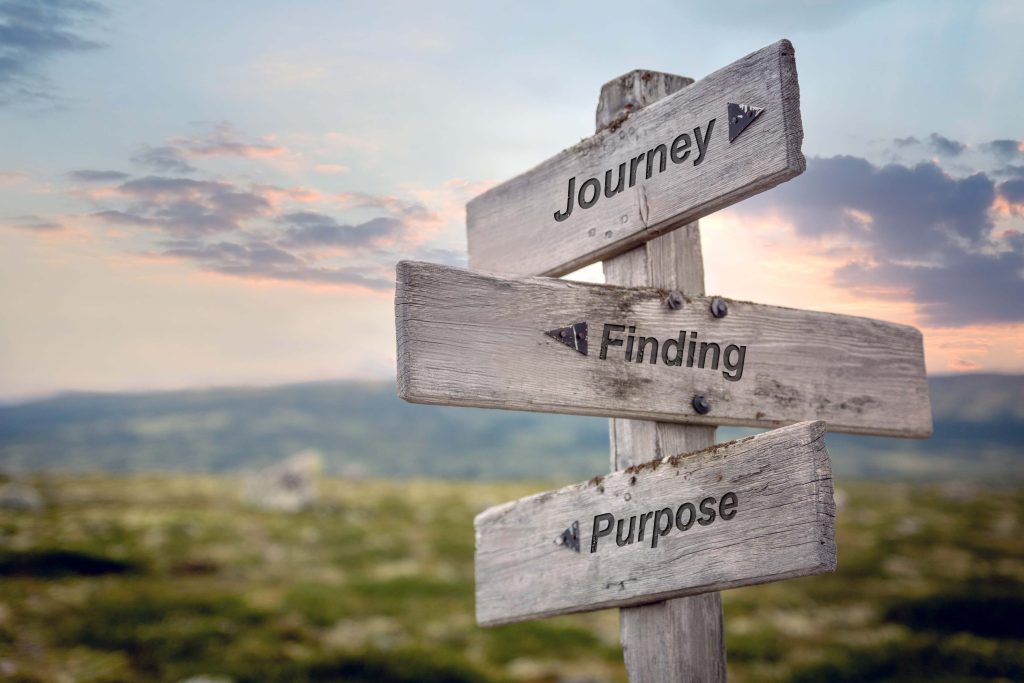 And intellectually, if we are asked what should be the meaning of a lawyer’s life, the natural response might likely sound like something from the attorney’s oath3 we took at the beginning of our lives as lawyers “to support, protect and defend the Constitution of the United States, and the Constitution of the State of Oklahoma” or a statement from the preambleto the Oklahoma Rules of Professional Conduct4 to be an “officer of the legal system and a public citizen having special responsibility for the quality of justice,” a zealous advocate, and on and on. There is truth in that response, but is that the entire response for every attorney? Could there be others?

Some of us might look to religion for meaning in our profession, a connection between the secular law and religious belief. After all, religion and law were strongly connected in the beginning, sometimes indistinguishable. An original and natural source of contemporary law remains essentially from the Old Testament and scripture, the Ten Commandments of the Bible as one example.

But is meaning found only for those wholly inclined toward religion, constitutional principles or oaths? That is not everyone. Perhaps we too often look outside ourselves for meaning. Perhaps the full and complete answer can only be discovered within ourselves.

W. Somerset Maugham’s 1944 novel, The Razor’s Edge, describes Larry Darrell, an American pilot emotionally damaged by experiences in World War I, who then searches for some transcendent meaning to his life.5 The series of characters he encounters ultimately reveal the meaning he seeks is not a solitary one universal to everyone. It is not necessarily one of social prominence or high financial worth, although it could be, especially if those create opportunities for a greater good. The book shows that meaning varies with each person, and it is only discovered by that person. Meaning is not simply a religious or societal overlay. It can come from any endeavor, whether profound or mundane, so long as it is true to the individual.

So, for us, the meaning in a lawyer’s life should not be restricted to a few options, preconceived and predetermined when we emerged from the long, dark tunnel of law school. After all, most of us were still young, and law school had an important but narrow purpose: to expose us to the subjects and systems of law and how to think as attorneys. But when we graduate and go on, we learn there is more, and while all lawyers share a certain calling, no lawyer’s life, no lawyer’s meaning is precisely the same as anyone else’s. Meaning can be found in almost anything and everywhere.

The meaning in a lawyer’s life may not be found solely in the law itself or in holy writings or in something outside us. It must be found by first looking inward and honestly discerning what is truly important and fulfilling at that time, in that season in life. And it may be almost anything. Lawyers are equipped to do far more than litigate and document transactions, all the things we usually think of. That is one of the gifts of a legal education – it prepares us to do more effectively whatever it is we want to do, whether it is part of the legal system or not. After all, a legal education is essentially an education in how society and justice should work, in problem-solving, in communication. It brings a higher level of experience and sophistication to every endeavor.

Meaning in our lives often changes over our lifetimes. The seasons of life often dictate that our roles and purposes will change as we age. The season of early adulthood may dictate one role for a lawyer, but that role may change as the lawyer ages, marries or not, has children or not, or as the lawyer’s interests, goals or physical health change over time. For anecdotal proof, look only among yourself and your professional friends. How many are doing now what they were doing when they first began working after law school? And how many are still working within the legal system?

There are less dramatic shifts as well, in different directions and laterally. Over time, a lawyer’s role may change from being the principal participant to stepping back and fully supporting a spouse or partner in their careers or assisting a parent or child with special needs or another lawyer. Each lawyer must determine, perhaps several times in their career, what is important to them at the time, and their legal education will be there to enable them, to enhance their effectiveness and success.

Finding meaning for a lawyer may be the next step in a traditional arc, such as moving from practice with a firm, company or agency to the judiciary, a professorship in a law school or leaving the law altogether to focus on something or someone entirely outside legal practice. It may seem completely random; however, as we grow older and think back on our lives, we often see a pattern or fortuitous set of events or results we did not as we went, we thought “pinballing” along.

Finally, meaning for some lawyers may be exactly what they expected and pursued from the beginning, even working with the same firm or group their entire careers and developing close, meaningful relationships. And it may include a lifestyle, or perhaps more accurately a workstyle, that others would not find beneficial. Certainly, there may be meaning to be found in a solitary life in the law. Even the “poetry of life” as Thoreau saw it differs for each lawyer.

Whatever it is, a lawyer must then determine whether the lawyer’s strengths and weaknesses fit that purpose. And then that lawyer must proceed to do it because acting on the meaning we find is as essential as finding it. Otherwise, it is only an intellectual puzzle. And why is finding and acting on meaning so important? If it can be anything, then why can’t it mean nothing at all? Because nothing often serves no one (although there are a few times when “nothing” is necessary, even helpful). Even if your purpose is simply to tend a garden, it betters you or another person with its harvest. There is a strong and documented connection between a meaningful, purposeful life and strong mental health. People who lead their lives thoughtfully and with a joyful spirit often are truly happier, healthier and even live longer on average than those who do not.6 We seem to be purposefully made to purposely live, not simply exist. We naturally form and develop civilizations. We naturally seek meaning.

Finding meaning in our lives as lawyers is finding the path to our well-being. We must vigilantly look within ourselves with intention as our purposes are not entirelyfound elsewhere. It may be tending Emerson’s “garden patch” in our backyard or arguing cases before the highest courts, redeeming society, anything depending on where we are in life, what season. But once we find it, whatever it is and whenever it is known, we must steadfastly follow it, knowing it as the key to mental health and well-being, some would say success, it surely is.

Travis Pickens is a civil litigation, collaborative and ethics lawyer in private practice in Oklahoma City. From August 2009 to January 2015, he served as ethics counsel for the Oklahoma Bar Association and as an OBA liaison to the Lawyers Helping Lawyers Assistance Program Committee. For many years, he served as an adjunct professor of law practice at the OCU School of Law and currently serves on the board of the Oklahoma Academy of Collaborative Professionals.