By Todd A. Murray

For over 40 years,Oklahoma high school students have gained practice in real-life skills by assuming the roles of attorneys and witnesses in a simulated courtroom experience that is evaluated by practicing attorneys and judges. The participants use a fictional case drafted by the OBA Mock Trial Committee.

On March 1, the top two teams met in person at the OU College of Law Bell Courtroom for the final round of competition, pitting Owasso High School Team Zip, Zap, Zok versus Jenks High School Team The Truth. The last time these two schools met in the final round was in 2017, with Jenks beating Owasso. This year, however, Owasso defeated Jenks to claim the state title and the privilege of virtually representing Oklahoma at the National High School Mock Trial Tournament in May in Kalamazoo, Michigan. Owasso High School has won four of the last five state titles and has competed in the last eight state final rounds, a record unmatched by any other school.

The mock trial program is a unique extracurricular activity that develops reasoning, listening and speaking skills, among others. Students are given fictional sworn statements with often contradictory testimony from both fact and expert witnesses, not unlike real legal situations. Jury instructions and trial exhibits are included in the case materials. The students must analyze the materials from all perspectives and filter through information that was not important or relevant to reach the facts needed to present each side of the controversy.

Students also practice acting skills by creating characters for the witnesses. Participants learn how to think on their feet, work as a team and gain insight into the legal world. Courtroom etiquette, not to mention basic advocacy skills, is learned through participation in the program. Students also serve as bailiffs and timekeepers. The ability to critically think through an issue from multiple perspectives is a life-long skill that will serve the competitors throughout their futures. Many former mock trial participants have attended law school to become not only attorneys but judges too.

The OBA High School Mock Trial Program, now in its 42nd year, involved a criminal case this year that stemmed from a peaceful protest gone awry. The murder victim was one of the organizers of the intended peaceful protest, who died during a clash between groups that were exercising their constitutional rights as citizens of Oklahoma and the United States. This case provided a unique opportunity for participants to consider how an individual’s conduct can affect other people, directly and indirectly.

The case was released Oct. 31. Scrimmages were permitted prior to January when the qualifying rounds were held. The top 24 teams then competed in the quarterfinals, with the top eight teams advancing to the semifinals during February. Throughout the competitive season, students honed their problem-solving skills, impeaching witnesses with their respective statements and making and arguing objections. Students also gave opening and closing statements and did both direct and cross-examinations on three witnesses for each side. Awards for the best attorney and best witness were offered.

The final round was presented to a distinguished panel of judges. Presiding judge for the final round was Retired Judge Edward Cunningham, who has been involved with the competition since 1982. Scoring panelists were Justice Noma Gurich, Judge David Lewis, Judge Janice Loyd, Judge Charles Goodwin and Judge Shon T. Erwin. Each of the scoring panelists is a current sitting judge, and the panel, collectively, possesses years of experience and involvement with the mock trial program, including some as student participants in the program.

The final rankings for the remaining teams that competed in the semifinal round are:

THANK YOU TO OUR VOLUNTEERS

This program would not exist without the hard work of hundreds of volunteers. Each year, over 400 judges and attorneys donate time to work with mock trial teams directly, score and judge the teams throughout the competition and, as members of the Mock Trial Committee, plan, prepare, write, conduct and oversee the competition. Attorney Kevin Cunningham served as chair of the Case Writing Committee.

The Oklahoma Bar Foundation is the principal financial supporter of this competition, and without its generosity, the generational impact this program has developed since inception simply would not exist. Thank you on behalf of the committee and all involved for supporting the 2022 Oklahoma High School Mock Trial Program. If you are interested in being a part of the committee or volunteering for the High School Mock Trial Program next year, email mocktrial@okbar.org. 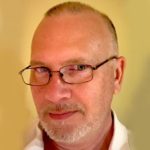 Todd A. Murray practices in Oklahoma City and serves as chairperson for the Oklahoma High School Mock Trial Committee.