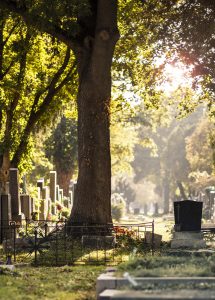 There is a specific statute in Title 58: Probate Procedure, Chapter 1: Jurisdiction, Section 5: Venue of Probate Acts, that identifies the proper county (venue) for filing a probate or administration case in the district courts in Oklahoma. This probate venue statute contains a five-part list that is divided between 1) decedents who are Oklahoma residents when they die, regardless of where they die (58 O.S. §5(First))1 and 2) decedents who are not Oklahoma residents at the time of their death but leave a part of their estate in Oklahoma (58 O.S. §5(Second)-(Fourth)), with a category for “all other cases” for other non-resident circumstances (58 O.S. §5(Fifth)). 2

A 2018 Oklahoma Court of Civil Appeals case (Walker) held that the state Legislature had (in 1941) eliminated the need to determine which county was the proper venue and declared that – for any person dying while a resident of Oklahoma – venue was proper in any county in the state of Oklahoma, without regard to the county of residence of the decedent.3

It is easy to understand that, for the convenience of the probate attorney and their client, it would be useful if the selection of the venue (i.e., county) for filing a probate action in an Oklahoma District Court could be made at the discretion of the attorney. The attorney could take cases involving a deceased person whose residence was located across the state but file the proceeding in the county where the attorney’s law office is located. This use of a local venue would save time and fees for the client by eliminating travel time. An attorney would presumably be more willing to take probate cases that would be unappealing if filed and prosecuted outside the county of their office. This option would also expand the pool of attorneys available to the client. In addition, a client (e.g., personal representative) would usually find it convenient to be able to attend hearings in the county where they reside instead of traveling across the state to the county of the decedent’s last residence.

The Walker decision relied on a perceived change made in the probate venue statute (58 O.S. §5) whereby the original numbers for each of the subsections in the statute were changed from a written to a numerical designation (i.e., from “FIRST,” “SECOND,” etc., to “1,” “2,” etc.). The Walker COCA decision concluded such “numbering” change had occurred and reflected a “legislative” intent in 1941 to alter the process for determining the proper venue, so any county became acceptable.4

However, this same issue – as to which county was the proper jurisdiction and venue for a probate proceeding – was recently addressed in 2020 by the Oklahoma Supreme Court in the case of Fulks.5

In the Fulks decision, the Oklahoma Supreme Court held: 1) there was no legislative change in the priority “numbering” of the subsections of the probate venue statute (such numbering change was made unilaterally by the publisher), 2) the probate venue selection priorities never changed and 3) Walker was expressly “overruled.”6

CONTINUING PROPER PROBATE VENUE FOR A RESIDENT OF OKLAHOMA

So, if Walker was overruled, what was the existing law – before Walker – regarding 1) which county was the proper venue for the conduct of a probate – in particular for a decedent who was a resident of Oklahoma at the time of death – and 2) the consequences if the wrong venue is selected and judgments and orders are issued?

The case law that guided such (pre-Walker) question is found in a case discussed in Walker and then discarded because the underlying statute had allegedly been changed. The court in Walker admitted, “The Oklahoma Supreme Court held in Presbury, 1923 OK 127, at ¶7, 213 P. at 312, that wills must be proved, and letters testamentary or of administration granted, first in the county of which the decedent was a resident at the time of his death.”7

At least one Oklahoma Supreme Court case infers that 58 O.S. §5 is prescribing more than just proper venue. “We think certain provisions of 58 O.S. 1971 §5 are more applicable to a consideration regarding the extent of the general grant of probate jurisdiction made in 58 O.S. 1971 §1 et seq.”9

In summary, the holding of Fulks confirms that probates must be filed in the proper county as identified in the probate venue statute (58 O.S. §5), and not in just any county. Specifically, if the decedent died as a resident of Oklahoma, the probate proceeding must be filed in the county of residence. Consequently, an attorney needs to file any probate proceeding in the correct county as set forth in the probate venue statute, as guided by the holdings in Presbury and Fulks, and must disclose to the court the residence of the decedent at their death. Under Presbury, for an Oklahoma resident decedent, the only county with “jurisdiction” is the county in which the decedent resided.

The Fulks decision was based on an appeal raised in a timely manner, and it reversed the trial court that had erroneously followed Walker. Due to its facts, the holding in Fulks fails to address the situation as to whether a judgment or order issued by a probate court in the wrong venue is jurisdictionally void and, therefore, subject to being vacated “at any time” beyond the appeal window.10

As to the ability to vacate such improper judgment or order after the period of time allowed for an appeal has lapsed, at least one case has held that a probate judgment could be vacated after the appeal time: “We have repeatedly held that the false allegation of the jurisdictional fact of residence in probate proceedings constitutes a fraud upon the court such as will justify the vacation of an order or judgment under Section 1031(4) above … The basis of jurisdiction in both probate and divorce cases is residence.”11 “Our statute fixes a limitation of two years to commence a proceeding to vacate a judgment because of fraud, 12 O.S. 1941 §1038.”12[xii] In Meyers, the appellant additionally pleaded that the offending underlying order was jurisdictionally void ab initio for lack of residency. Having resolved the appeal on the initial fraud contention, the Supreme Court did not address the remaining assertions of error.13

Until the Oklahoma Supreme Court speaks directly to this remaining point – as to vacating a probate judgment and order two years beyond the appeal window for a judgment or order that was rendered in a court without proper venue – the answer will remain unclear.

Kraettli Q. Epperson is a partner with Mee Hoge PLLP in Oklahoma City. He received his J.D. from the OCU School of Law in 1978 and practices in the areas of mineral and real property title disputes. He chaired the OBA Title Examination Standards Committee from 1988 to 2020 and taught Oklahoma Land Titles at the OCU School of Law from 1982 to 2018.